written by David The Good 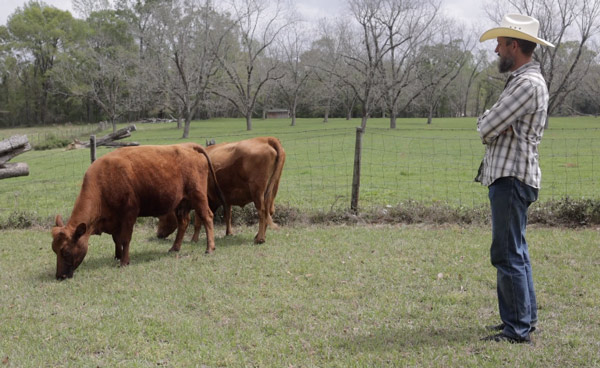 Yesterday we spent the entire day creating a corridor between two pasture areas, sending our cows from the well-eaten 4 acres or so they’d been on into a new 2-acre area they haven’t grazed yet.

Problem: the two pastures are not connected, so we had two choices.

A: Send the cows across the unfenced lawn to the other pasture and hope they don’t run off, or:

B: Make a corridor through a piece of woods that connects the two pastures.

We chose B, as Rachel was really afraid they might make a run for it.

To do so, we turned off the electric fence and unhooked the wires, taking them down to the ground. Then we found the clearest path we could find, and cut down brush and small trees to make it nice and clear. Once that was done, we cut bamboo and popcorn trees and nailed them to trees to block both sides of the 150′ diagonal run from pasture #1 to pasture #2. We used a combination of those railings along with piles of brush and sticks to create walls along the cleared path, then lured the cows through. We let out the heifer we’d been weaning as well, so she could join the other cows.

It was crazy! The cows went galloping after me as I held the feed bucket in a near stampede, and the children and Rachel went behind them so they would keep going forward. Once they entered the second pasture, I let them have the feed, then we ran back and re-hooked up the electric lines we’d dropped and turned the fence back on.

After that, we spent the next few hours creating a new milking area to the back of the ramshackle garage structure next to that pasture. That required moving a bunch of junk left by previous homeowners, plus putting up a goat panel and t-post enclosure that led the cows to the new milking area through the pasture gate.

The area where Rachel now milks them used to be a chicken coop created as a poorly-built lean-to. We got two lights working in there and put in a head gate, and ripped down all the old framing and chicken wire there, making it an open, dry area for milking.

We finished the work in the dark and Rachel called in and milked the cows successfully. They were tentative, but should get used to it soon.

Today, as heavy rains were coming, we got up in the morning and over-sowed the old pasture with a mix of winter peas, winter rye grass, grain rye, oats, red and white clover and daikons. I had one of my sons mix buckets of seed together, then I threw it all by hand the old-fashioned way. After that, I used our zero-turn mower to pull a drag harrow (it looks like this one) over the pasture to knock down and spread the manure and press seeds into the ground through the existing grass. After that, I mowed the grass to shred and throw around fall leaves and fallen clippings so the seeds would have a little cover. 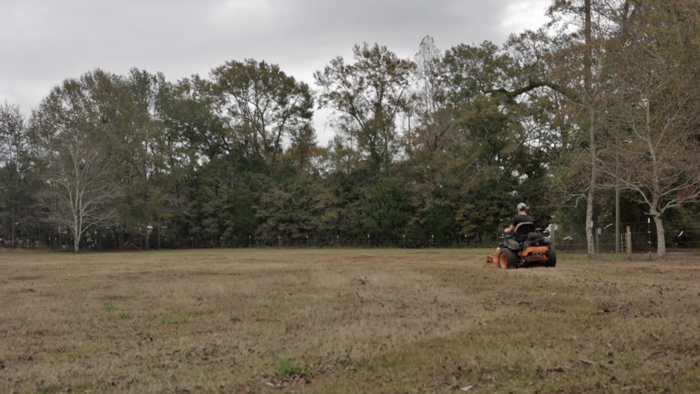 Now it’s raining – and in a few weeks, we’ll see how it all grows!

What is the trinity of veggies for Florida?

What would be the top three garden plants for Florida gardeners? Hey Mr. The…

Gardening Doesn’t Have to be Difficult

Some years ago I wrote Compost Everything: The Good Guide to Extreme Composting. It’s…

Who Needs a TV?

If You Could Pick Just 10 Books…

Over the last couple of weeks I have been documenting various sugar-cane boils. Thus…

What You Need to Know about Growing Cassava

How to Make Cane Syrup: From Juicing to Boiling to Jarring Syrup 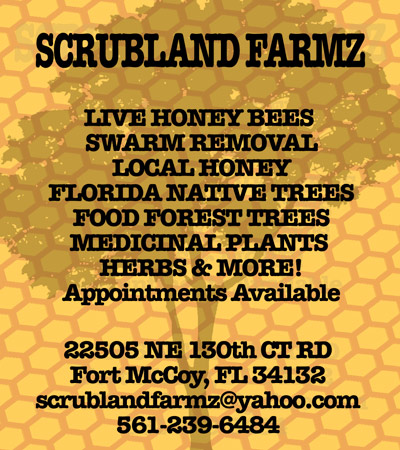