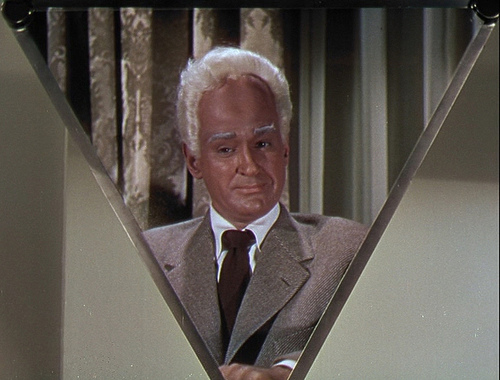 I was recently interviewed in depth by Everitt Foster over at A Natural Reaction after he found me at Gab:

I grew up in Ft. Lauderdale, down in sunny South Florida. I never knew how good I had it as a kid until I moved to Tennessee for a radio production job in my 20s. There I quickly realized that I really hated being a million miles from the beach and slogging through mud in 35-degree winter weather as rain fell from gray skies. After a few years in exile, I returned to my beloved Florida for six years, then moved early this year to the equatorial tropics. Growing up I was introduced to gardening by my kindergarten teacher in a private Christian school. She had us plant beans in dixie cups of soil, then water and take them home. Less than a week after planting, the little bean plant burst from the soil and I was hooked. I had never seen anything so amazing, so I raided my mom’s pantry to repeat the experiment. I planted all the beans I could find in pots of dirt here and there, totally enthralled. Since I did poorly in school (other than when I was planting beans), my mom pulled me out and homeschooled me from first grade through high school. This gave me plenty of time to pursue gardening. I asked Dad if he would help me plant a garden in the back yard. He was not a gardener and knew nothing about it, but he was (and is) a great Dad, so he got some railroad ties and some decent bagged dirt and cut an 8’ x 8’ spot in the backyard where I could plant. I regularly bought seeds with my allowance money and tried planting all kinds of things. Many of my experiments failed, as South Florida is not hospitable to vegetable gardening, but I had enough success to keep gardening. By the time I was in college, my parents had ceded about ¼ of the backyard to my garden plots. I grew everything from long radishes to coconut palms. Dad did draw the line at some Asian beans that I planted, though. They rapidly grew up a trellis and covered a big chunk of the roof, the vines thickening into monstrous trunks as the beans grew and grew. I have no idea what they were – this borderline homeless guy from church gave them to me and said some Thai had given them to him. As for composting, I learned about that from the gardening books I devoured. I was reading serious natural history and biology texts at age nine so I picked up a lot of information. No one in my immediate family did any gardening so my friends and teachers in the field were books combined with experience.

When I was young I really didn’t enjoy writing. I wanted a story to be fully down on paper as fast as I could think and I got frustrated with writing everything out. I liked the idea of being a novelist but I didn’t do more than write occasional lacklustre sci-fi and fantasy tales and attempt to sell them to Asimov’s and The Magazine of Science Fiction and Fantasy. I got a nice rejection note from Gordon Van Gelder in college, though. I started writing for the school newspaper in college because I was one of the few students on the paper that could actually write, though I started there as a staff artist and cartoonist. From that I got a job writing radio scripts and advertising for Coral Ridge Ministries, thanks to being given a chance by Chuck Burge who was the Executive Producer and head of the radio department at that time. My job was to write the “coming up next time” style promos that radio stations would run, then from there I went on to writing full scripts, ads, television commercials and all kinds of other marketing-related stuff for a range of clients. This taught me to write even when I wasn’t “feeling creative.” Previously I had just written when I felt like it – being on a deadline made me into a force of nature. At one point I wrote scripts for three different daily radio broadcasts at the same time. This meant I was cranking out fifteen scripts a week, plus versions tagged for weekend airing. When I started my daily gardening blog later on, it was a breeze.

My greatest influences early on were my Dad, my Mom – who was also my teacher – my Grandfather, Judson, who taught me to work with my hands and think big, my Grandpop, Hal, who taught me how to think about money and time, my neighbor across the street, Cheryl Campbell, who taught me some creative writing and hired me to manage her lawn and gardens when I was 14 and she was spending months on end with her husband and daughter on their houseboat… there were quite a few that helped me out and encouraged me. I remember my Great-Grandfather taking me out to work in his huge garden in Upstate New York when I was quite young, then sending me home with a handful of beet seeds and some lime for my garden back South. Stan DeFrietas, author of the Complete Guide to Florida Gardening, was my go-to teacher through his words, though I never met him in person. I read through that book dozens of times.

We live in a system designed by a loving Creator God who left patterns for us to discover. When we work with those patterns, we will succeed. I want people to realize that there’s no magic in gardening, though it often feels like it. Anyone can be a green thumb. It’s a learned skill and all of us fail our way to success. Some people get it quickly, some don’t, but anyone can grow their own food. Look for the patterns and discover what grows well for you and what doesn’t. God placed man in a garden at the beginning – you’re doing His work when you tend the soil.

I ask questions like “can I live off this ground if everything else was taken away? For how long? Would this help me with nutrition? As medicine? With Calories?”

I discovered Austrian Economics in the early 2000s. I also spent most of my adult life under the shadow of terror, inflation, crashes and booms. If you don’t know how to grow food – a basic skill – you are leaving a very important part of your existence in the hands of centralized forces. A lot of our food now comes from factory farms which are often thousands of miles away from where we live. Meanwhile, we grow grass lawns. This is stupid. I believe centralization is doomed to failure and re-localization is going to happen whether we like it or not. People always screw up complicated systems. Rome fell, the USSR fell, we will fall. I know how to take a lawn and keep a couple of families alive, at least for a time. If you don’t know how to do that, you’re putting too much trust in governments and corporations, not to mention your fellow fallen man.

A matter of words. I believe you can do better than mere subsistence if you’re really smart, but many of us – myself included – would be lucky to even hit subsistence levels in the first world. The game is stacked against us. City codes and regulations, a slant against agriculture, property taxes – these things mess you up. Try farming your front yard in most places and see what happens…

There’s a lot more there – probably more than you EVER cared to know about me, but a big thanks to Everitt for kindly inviting me to share my story plus my philosophy on gardening and survival.

An Interview with P. D. Mangan

I have read the first Q&A and, based on that, I plan to read the rest of the interview this evening when I have more time to enjoy your story.

When you write your full memoir someday, I hope you’ll expand a little on how, exactly, you did so poorly in kindergarten. 🙂

Kudos to your mother for homeschooling you. That is, as the saying goes, “Totally awesome.” All mothers who sacrifice their own comfort and pursuits to homeschool their children are heroes in my book!

In Kindergarten I was bored to death in the classroom plus picked on by bullies, didn’t fit in, didn’t want to read or learn… and that was all because of the environment. I was likely the highest IQ member of the class and simply didn’t fit the system. Once Mom took me out, she rapidly taught me to read (via The Lion, the Witch and the Wardrobe, incidentally) and then I started reading all the fiction and non-fiction I could find. In 3rd grade I read through everything by Tolkein and then was reading Thomas Hardy, Mark Twain and everything in the science section of the local library.

Just had to get out of the system. Homeschool or die! I can’t thank Mom enough for bucking the system and putting in all the time and effort to homeschool myself and my six younger siblings.

My wife and I enjoyed reading this post and the rest of the story at the website this morning while we had breakfast. It is great for us that you have decided to post everyday again. It was a morning routine for me… now it will be again. I wish I could win the lotto for many reasons… but somewhere on the list is sending you a car…. dang you amaze me how you do all you do… wish I had the cohones when I was your age to follow my dreams without any money fears. but I have few if any regrets All the best…
Keith

Thanks Keith. It’s inspiring to have regular readers – you keep me running, car or no car.