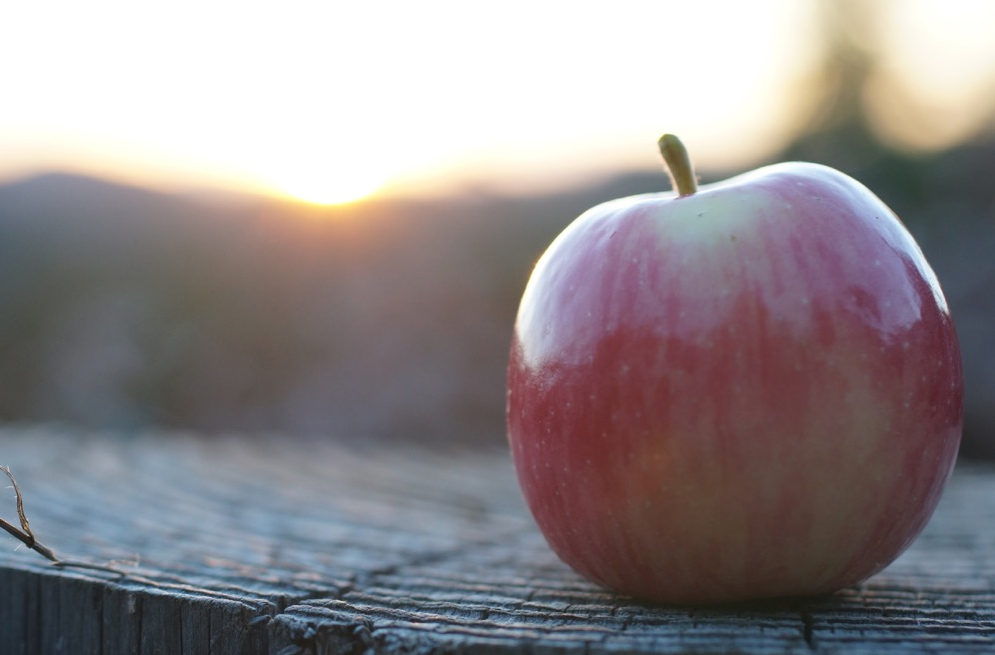 Not only did my friend Steven Edholm (of the excellent Skillcult site) smell a rat when reading Michael Pollan’s book The Botany of Desire… he has gone on to prove the author wrong.

“About 5 years ago or so I decided I wanted to grow some apples from seed.  Michael Pollan’s book Botany of Desire was very popular at the time I think.  His chapter in that book on apples is largely woven around the idea that you are very unlikely to get a good apple by planting a seed.  The book was so widely read that it seems to have imprinted that negative idea onto the public mind.  For a while there it seemed like if I brought up apples in conversation I was likely to hear one or more of the following things “botany of desire” “Michael pollan” “Johnny Appleseed was a pervert” Michael Pollan” “you can’t grow apples from seed” “Michael Pollan” “people didn’t drink water, they only drank hard cider” right, just try that sometime!

I am a critical person, and I just wasn’t buying it.  What I see in Michael Pollan is an academic who is writing about things outside of his experience.  A lot of his stuff on apples, the whole chapter really, is wrapped around this idea that you can’t grow an apple from seed and expect to get anything good.  But, like a lot of things, this is a matter of context, not just some blanket truth.  Well, the idea that apples planted from seed are by and large no good to eat is a gross over simplification.  But when it’s the hingepin of the story you’re constructing, you beat it to death and make it fit.  I speed read through the Botany of Desire apple segment the other day to see why this idea stuck with people so much:

“The fact, simply, is this: apples don’t “come true” from seeds— that is, an apple tree grown from a seed will be a wildling bearing little resemblance to its parent. Anyone who wants edible apples plants grafted trees, for the fruit of seedling apples is almost always inedible—“ sour enough,” Thoreau once wrote, “to set a squirrel’s teeth on edge and make a jay scream.” Thoreau claimed to like the taste of such apples, but most of his countrymen judged them good for little but hard cider— and hard cider was the fate of most apples grown in America up until Prohibition. Apples were something people drank.”

“In the case of the apple, the fruit nearly always falls far from the tree.”

“The botanical term for this variability is “heterozygosity,” and while there are many species that share it (our own included), in the apple the tendency is extreme.”

“Apples were precious on the frontier, and Chapman could be sure of a strong demand for his seedlings, even if most of them would yield nothing but spitters.”

“cider— being safer, tastier, and much easier to make— became the alcoholic drink of choice. Just about the only reason to plant an orchard of the sort of seedling apples John Chapman had for sale would have been its intoxicating harvest of drink..”

“Americans’ “inclination toward cider” is the only way to explain John Chapman’s success— how the man could have made a living selling spitters to Ohio settlers when there were already grafted trees bearing edible fruit for sale in Marietta.”

“The nationwide hunt for pomological genius, the odds of which were commonly held to be eighty thousand to one, brought forth literally hundreds of new varieties, including most of the ones I was now tasting.”

You can see why people read this book and think it’s complete folly to plant an apple seed.  But I think Pollan’s fable is woven around misunderstood ideas.  It’s not as though we can say what the odds are of getting a good apple is from any random batch of seeds.  Or, for that matter, from the seeds John Chapman was planting.  I doubt the settlers of that time were just a bunch of complete dunderheads.  They were people that grew stuff and made things happen to make their lives continue, instead of not continuing no more.  How resourceful and knowledgeable do you have to be to stick your vulnerable white a– out on the new frontier to quite possibly be tomahawked by the furious displaced native populace, while trying to wrest a living of some kind.  Well I guaran-f____-tee ya that they all knew at least one thing- plant a seed from a good food plant and you’re more likely to get good offspring than if you plant seeds from a crappy plant.  That’s the stuff of farming 101 right there.  Maybe Monseigneur Apple Seed was crazy enough to ignore that and leave it all to gods will with whatever apple seeds happened to be on hand, but I can’t see that as being the norm for the more sane.

Pollan, being a domesticated intellectual rather than a dirty nailed farmer type has, I believe, mixed up and over simplified some things…”

GO HERE and read the rest at his site. Plus, you can watch his video there. You CAN grow fruit trees from seed and get wonderful results – why are you being a chicken?

I’ll know more in a year or two. Have lots of seed apple trees coming up. The tallest is about 7 feet tall. I just dumped my rotten windfalls in my old garden, and more sprout every year. I transplant a few of the healthier-looking ones.
I have had excellent luck with seeded grapes and peaches. I throw the pits and seeds out, and a few grow. Some really excellent fruit. That old garden is now a mini peach grove, and I’ll have to decide which trees to sacrifice soon, as it is getting too thick. I think most of the apples will have to go. The extra peach trees seem easy to give away, but no one wants the seed apples. My plan is to wait and see which trees give the best fruit and save those, and cut down the poorer ones.
Currently, I have about a dozen young grapes. I think it will be two years more before I see any fruit from them. Past experience was good, so I am hopeful.

I’ve heard the apple wood is really good for smoking, so if you do remove some, perhaps you can still get a bit of use from them.

Do you happen to have any photos you can share at some point?

I will be cutting down the old apple tree this winter, apples are fine but it is huge and overhangs/shades half the back yard. I intend to plant a bunch of other trees/grapes/berries etc in that corner. May try smoking with the wood.
I’d be happy to send photos. I laughed a lot watching your back-yard video, it is exactly like me showing people around my house, this tree is from a peach pit I threw out 7 years ago, these are rhubarb I grew from seeds, until their eyes glaze over! My grandfather lived like this, grew all sorts of seed apple trees, some good, some not.

You asked for pics. This is a page I put up a few years ago with lots of veggie pics and some fruit trees. It describes my ‘low work garden’ strategy.
http://hub.me/adte4