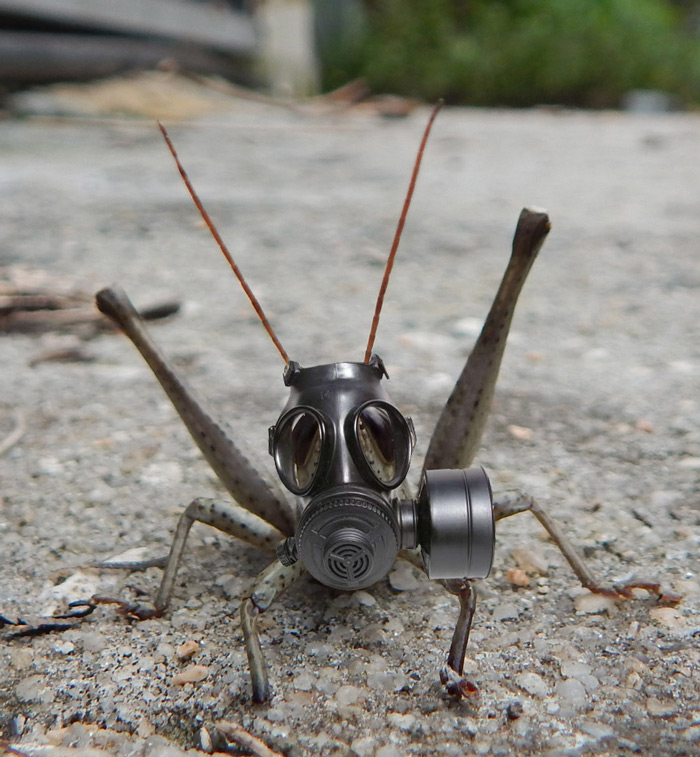 This isn’t good. From the BBC:

“The Bolivian government has declared a state of emergency in a vast agricultural area affected by a plague of locusts.

President Evo Morales has announced a contingency plan, which includes $700,000 in extra funds for fumigation.

The swarm first appeared over a week ago near the low-lying eastern city of Santa Cruz, where most of Bolivia’s food and meat is produced.

It has spread quickly, destroying pasture and fields of corn and sorghum.

The authorities estimate more than 1,000 hectares of agricultural land have been devastated by the locusts.

The government says fumigation must begin straight away.”

I wonder if you could skip the fumigation and start drag-netting them? They are good for food. Even if people turned up their noses, chickens could be fed.

Might make more sense to just spray and save the crops, though. I feel for the farmers.

Oh my. If only they would plant windbreaks with hedgerows on farms, like they use to – the bird populations would control the locusts. I feel for the farmers too. What a heartbreak. I just hope they start to look at natural alternatives, in the wisdom of old.

I found a truly interesting thing about locusts..that they are actually grasshoppers that have have overbred, destroyed their habitat, and as a consequence go thru this change where they turn black in mass, and explode outwards seeking new territory. The key to the entire mass of them bring involved all at once is a noise they make, similar to crickets, that can be heard farther and father away as more join in.
It also turns out there are quite a few species that do this same kind of thing Pharaoh quail..and of course lemmings are the famous ones.
As one of the comments suggested ppl have netted them for food with great success, but they come in millions, so it’s like trying to empty an ocean with a bucket where saving crops are concerned.