Home Art The Best Film We Ever Made
ArtVideos 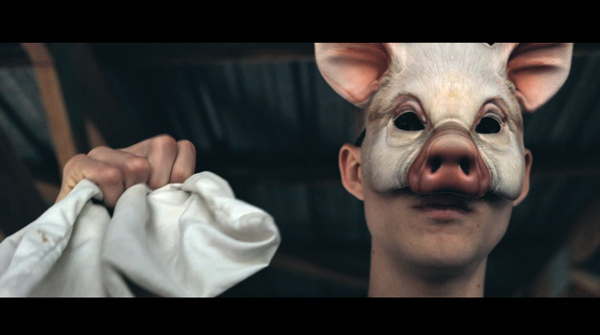 I was getting tired of doing normal stuff and decided to dive fully into making something funny, creepy and cinematic.

This is the best film we ever made. It took almost a week to create, from writing the script to getting the location to acting, editing, etc. My daughter Daisy did the makeup and acted as one of the pigs, my son PT played the other pig. Rachel filmed half of it and CJ filmed the other half, with me directing the shots (mostly while tied to a chair).

The views aren’t up to my normal range but I don’t think that matters. It’s art!

Wait until I release my next short film in a week or so (Lord willing). It’s titled “These Are The Birds of North America” and is going to be similarly high production.

I bought a new camera and a few new lenses. Gotta really give them a test, right?

I’m sure we scared a few people with this video. I lost 9 subscribers, then gained three new ones so far. BUT IT’S ART!

Every frame a painting. Of a scary kid in a pig mask!

What do you think?

What Do I Do With with Diseased Plants?

The Power of Grafting

My kids and I thought it was great!

Thank you. I am glad it didn’t scare them.

It was great, the URL recital had me laughing.

When I was a UF Master Gardener, we used to complain about how long and bad the urls were.

You LOST subscribers after releasing this film?

Clearly they were Philistines and you’re better off without them.