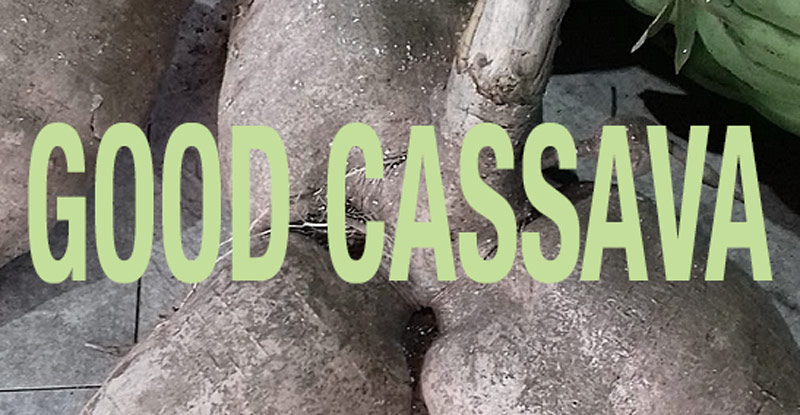 This week I came across better cassava varieties than I’ve seen before.

Back in Florida, I grew the cassava I could get. It was a variety I got from my friend Ralph, who in turn had gotten it from some Indians, who I assume brought it in from India at some point. The plants were tall (often hitting 10′ plus) and took a long time to make roots, which made them a pain to grow in North Florida, though I still grew and harvested them successfully.

It just took two seasons. And man, my voice sounds high in that video! My ex-videographer was always having some weird problems with recording either the audio or the video, though the editing looked cool.

Here I’ve found some better varieties of cassava than I used to have – but I’m still testing. Unfortunately, not all cassava are created equal. I had some that did really lousy for me.

Wait, my voice sounds high in that one too.

Vanity, vanity, all is vanity…

This last week I was able to attend a local agribusiness event. There I saw this:

And I got to taste a variety known as “butter stick,” which is rich, pale yellow and creamy. Even steamed it was delicious and tasted like it had been buttered.

I hope to visit a plant research facility and hunt some down. It was quite good.

Over the years I’ve had mixed results with cassava.

Sometimes it’s tasted quite decent, like a nice, dense potato. Other times it’s been slightly bitter and watery. Cassava used to be my favorite root crop (I speak of it quite highly in my post “Cassava: King of Staples,”) but after multiple experience with so-so roots with lousy flavor, it’s taken a back seat to yams.

Even at the agricultural event, my wife picked up a couple of sweet pudding cups made from local roots for us to eat. At first taste, they were quite nice – but then in crept a bitterness underneath the sugar and spices. I wouldn’t care to eat them again, or to grow whatever variety of cassava they were made from.

I suppose the moral of the story is to keep hunting and improving whenever you can. As I write in my book Totally Crazy Easy Florida Gardening, some varieties will disappoint you whereas others will outshine. Just compare beefsteak tomatoes to Everglades tomato in a Florida garden. You’ll almost always fail on the former whereas the latter just keeps on kicking and producing sweet fruits, sometimes for years.

Looks like I need to dig more beds this next year and see if I can grow some good cassava varieties that are worth eating. Butter Stick was excellent.

Giant purple sweet potato
The last of the radishes
8 Reasons Why You Should Be Growing Chayote Squash
Less than Impressive Cassava Harvests
Potato Planting Day!

Hi David, do you know where I can buy cuttings of the better varieties? Do you happen to have any extras to sell? I haven’t seen any info on the listings I’ve seen and would like to avoid wasting time and space on subpar cassava. I live in South Florida and am really enjoying your Totally Crazy Easy book. Thanks!

I don’t have any to sell right now. I also don’t know where you can find the good ones. I had them in the Caribbean but cannot find them here.