The Blessing of Pear Season 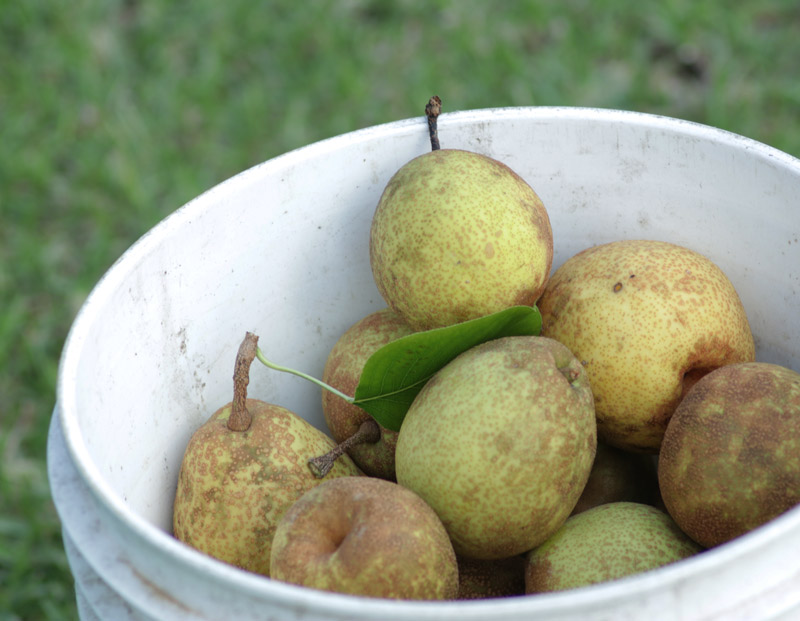 Yesterday afternoon we headed down the road to go pick pears from our neighbor’s huge sand pear tree.

The days have been hot and exceedingly humid, so we didn’t go on our excursion until around 6PM when the weather finally approximated the inside of a sauna instead of the inside of a volcano.

The pear tree is loaded with fruit right now. 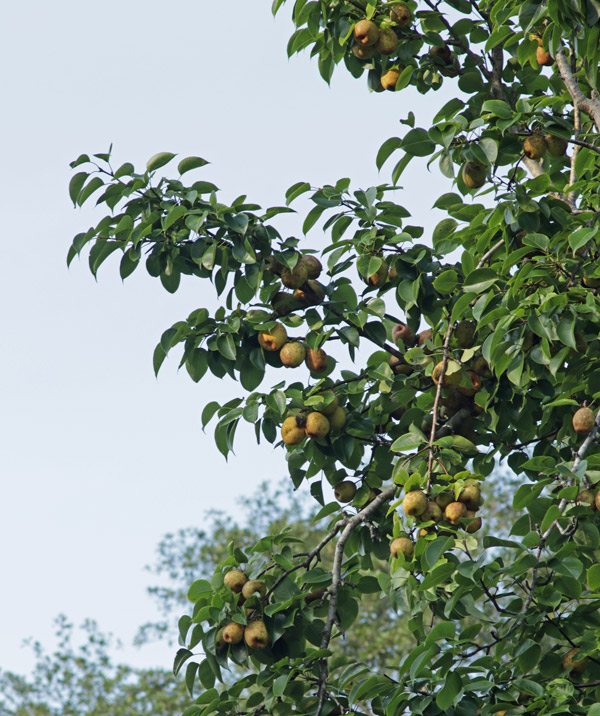 These are a hard cooking pear, or a “sand pear,” as the natives call them. 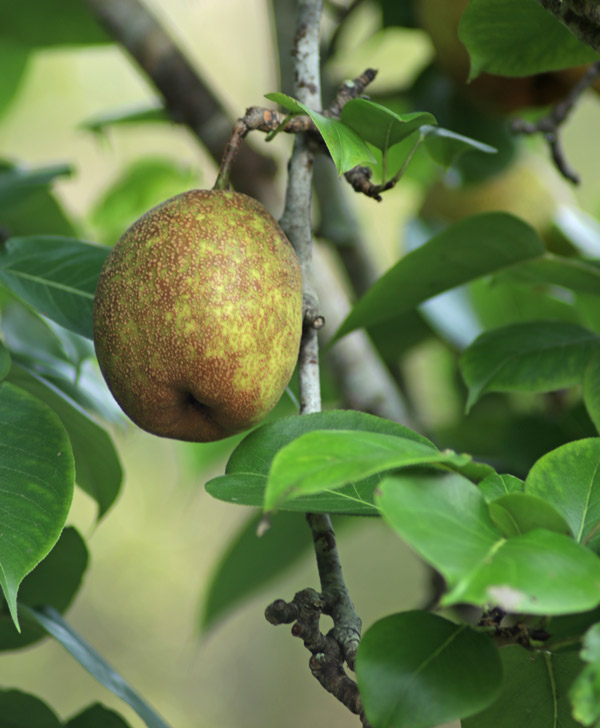 Pears are best when they aren’t too ripe but aren’t overripe. Our favorite method to “pick” them is to just shake the branches. 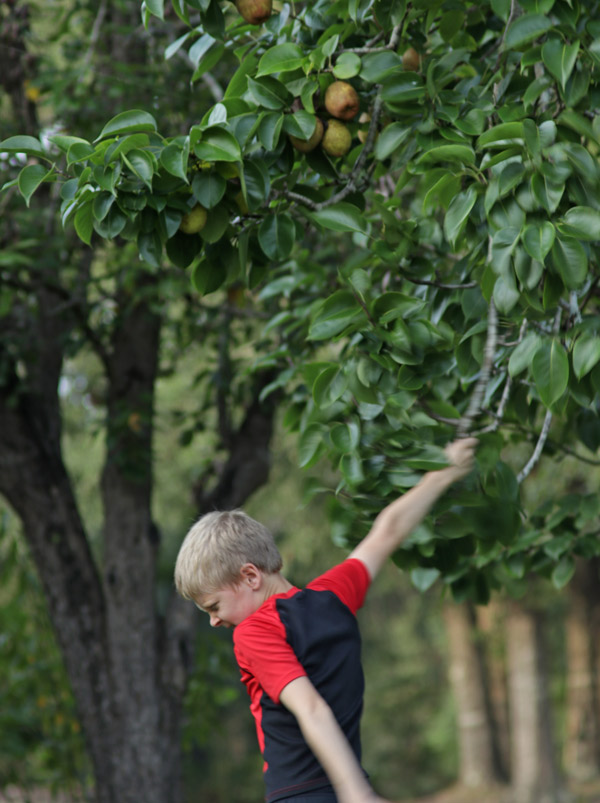 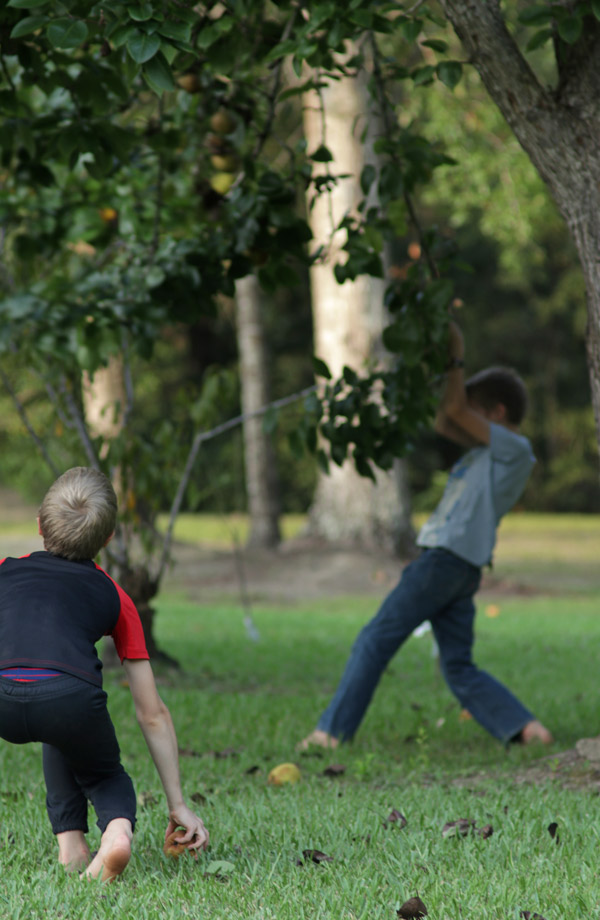 And my eldest daughter climbed about 20′ up into the tree and shook the upper branches. 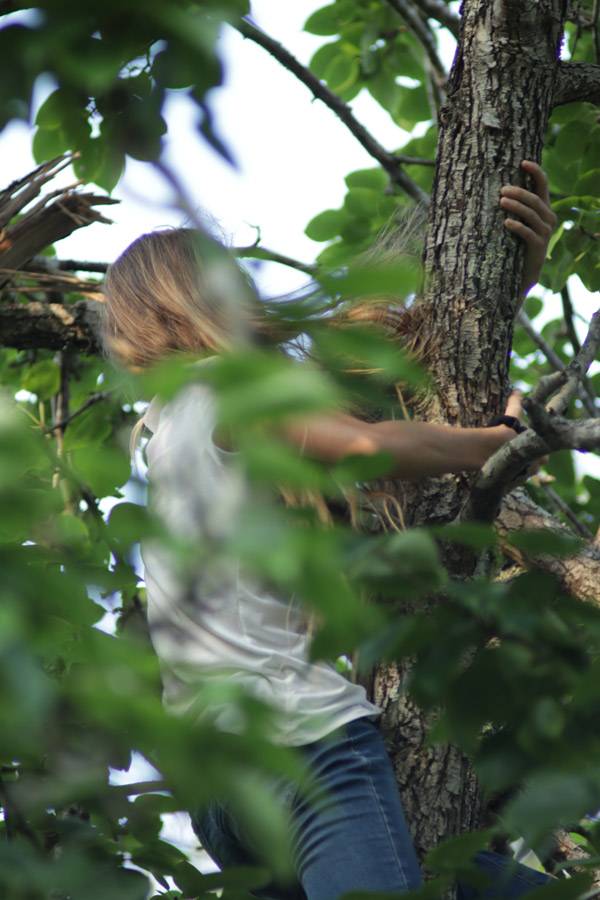 With the help of the children, we filled our buckets in short order. 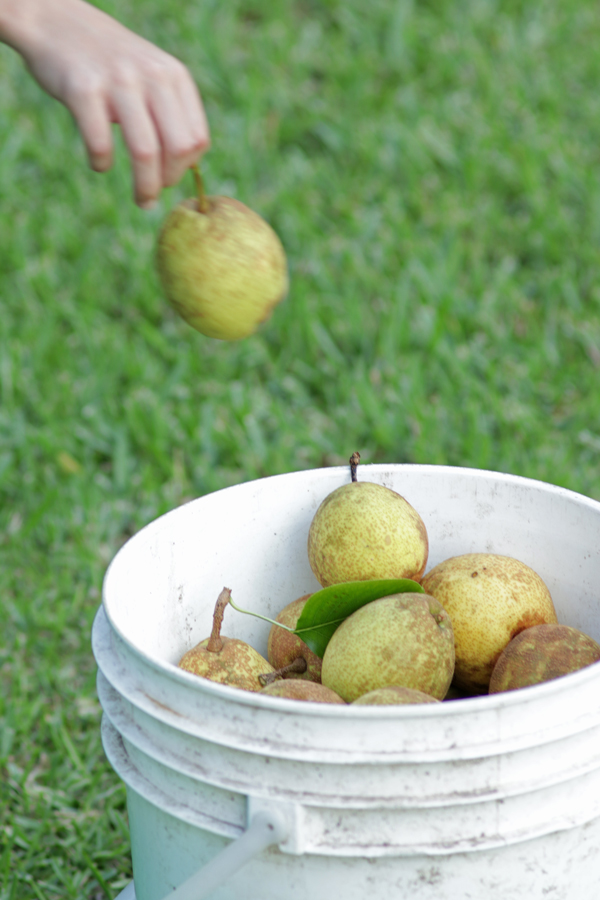 The pears are big and sweet this year. I gave the tree a couple of gallons of Steve Solomon’s micronutrient solution earlier in the year and I think it helped. 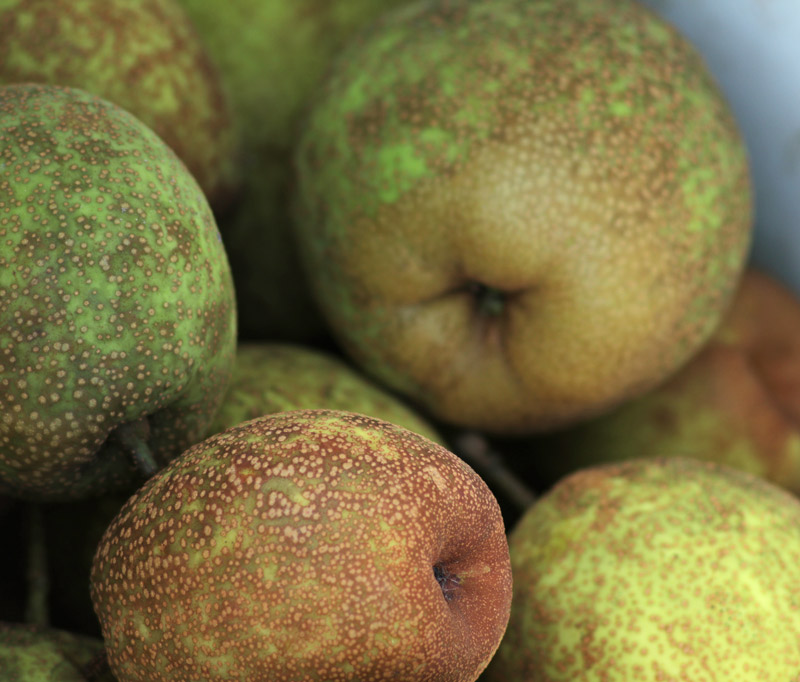 Now we have to peel and core them, then I’ll be making salsa. Rachel’s also been roasting them and canning “pear sauce,” which is just applesauce made with pears.

Pear trees are very easy to grow in the south if you plant sand pear varieties. They’re lovely trees and quite productive, year after year. This tree was originally planted in 1979 – the same year I was born – and has been producing fruit for decades.

When we first got here last year, the neighbors let us pick the tail end of the pears that had fallen after the hurricane. This year we get to pick our way through the entire season.

Guess we’d better get back to peeling!

Note: The images in this post were taken with a Takumar Bayonet lens, 1:2.8, 135mm, originally made for a Pentax camera. Mom sent me this lens along with her old Pentax K-1000 earlier this month. The lens had some fungus in the front element which I cleaned out yesterday afternoon. Then I added an inexpensive adapter to the back of the lens so I could adapt it to my Canon 80D and take it shooting. The pears were its first test. Sure looks good for a 1980s lens! Thank you, Mom.

As a kid, our family pressure-canned pearsauce many summers!