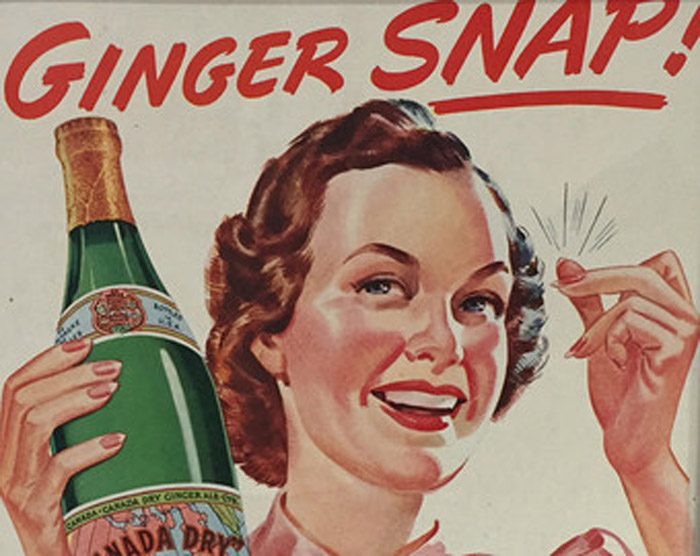 What do food stamp recipients purchase the most? The Carlos Slim Blog has an amusing post with the answer:

“The United States Department of Agriculture, which oversees the $74 billion food stamp program called SNAP, has published a detailed report that provides a glimpse into the shopping cart of the typical household that receives food stamps.

For years, dozens of cities, states and medical groups have urged changes to SNAP, or the Supplemental Nutrition Assistance Program, to help improve nutrition among the 43 million poorest Americans who receive food stamps. Specifically, they have called for restrictions so that food stamps cannot be used to buy junk food or sugary soft drinks.

But the food and beverage industries have spent millions opposing such measures, and the U.S.D.A. has denied every request, saying that selectively banning certain foods would be unfair to food stamp users and create too much red tape.”

Hey – here’s an idea: why not get rid of the entire program?

Instead of food stamps, people could reconnect with family, join a church… or plant a garden. Literally grow or die. That would help with the obesity epidemic as well.

There’s a lot of government land lying around unused – maybe it’s time for a modern homesteading movement. Heck, even Detroit would be reclaimed if the government would just get out of the way.

How to Make a Simple Compost Pile with Local Materials

You are attempting to apply Logic to an entitlement issue. When you reach my age you will know better. Trying to explain that studies shows there were fewer hungry folks (per capita) before welfare and food stamps is another exercise in futility. “You must be a Racist”

And it’s The Current Year – everything is racist now.

Let me preface my Comments by saying neither I nor any of my family or friends (that I know of ) have ever received food stamps. However, I am deeply concerned that you manipulated the text of the story to fit a narrative that “poor people” must inherently be wasting tax payer dollars with frivolous spending. I read the entire documentation for the original report and the consensus was that people receiving SNAP have almost precisely the same spending patterns as those who receive no assistance. As noted, the sugared beverages include fruit juices so how you extrapolate that their money is being spent on soda is beyond me. As a frugal shopper, I allocate spending on fruit beverages (orange juice, apple juice, etc.) specifically to fill in the vitamin “gaps” that occur in my normal menu. I believe the report stated that the average spent was 4.1 percent for the general population and 4.6 percent for the Snap supported buying. Half a percent? And you are bitching in my state the average person gets $162 per month under full assistance, you are are quibbling of an $.81 per MONTH a difference.

I find it truly mystifying that you would assume you should have any right to make judgements about people when you have absolutely zero idea do their living circumstances, access to refrigeration, etc. The idea that you would critique what amounts to an $.81 a month difference is spending makes me think you lack empathy.

The vast majority of SNAP receipients are seniors, disabled and veterans. I am sure they will be thrilled “garden to survive.” Our country exists for the benefit of the citizens-not to line the pockets of an elite class. You have lost my readership and support.

I qualified for food stamps for years and didn’t take it. Grew up working class at the edge of the ghetto. Charity helped us out multiple times when I was a kid and an adult – but that was voluntary giving, not money taken from workers and redistributed, often to non-workers.

These government programs are a huge waste. A bit of judgement is a good thing. If anyone wants to live off the hard work of other people who have been robbed by taxation, they should be held to higher standards.

I don’t believe in government handouts to the elites or to the poor. It’s your job and mine to help others and not something we should let the bureaucrats handle.

And, by the way, I really don’t worry all that much about “poor people” wasting money on spending. Overall, that’s just a drop in the bucket. I’d like to see the overseas military adventures cease, plus the Federal Reserve system abolished and the big banks busted up first. That would make a much larger impact.

Believe it or not, you don’t have to agree with someone on politics and government to learn about gardening from them.

Additionally, you can be against government hand-outs being against people.. The gaps will be filled one way or another. Whether it be home-gardening, foraging, charity, eating less or other.

Relax with your high-horse ‘thou-shalt-not-judge’ attitude. Everybody is entitled to their opinion. No need to join the ranks of the elite liberals who can’t believe that someone disagrees with them.

I probably should have replied sooner. I hope you check back and read my post because it was sad to hear because of a difference of opinion you are hurt and vowed not to enjoy the great gardening and other topics in this blog.
Two people can look at a situation and both of them can honestly want to solve it but may have different ideas how to best resolve the problem. The question is how to solve the problem in a logical way that will benefit the people in the “problem situation”. I can only assume that you have a passionate interest in the subject. I hope you use that passion to help those that are in need but also realize others may share your passion but see other ways of resolving the problem. We can all learn from each other. Okay… here comes the obscure music reference… heck if Joey and Johnny Ramone could exist in the Ramones… anyone can work it out. keith

ELISE, STOP WITH THE TUNNEL VISION AND ONE SIZE THINKING ( I had to yell because Elise was leaving. Apologies to everyone else). Please note that there are MANY sugary fruit drinks available that have roughly the same amount of nutrition as the bottle they come in. Juice boxes are rarely 100% juice and fruit cocktail drinks are mostly water, artificial ingredients, colors, and HFCS. Sunny Delight comes to mind, with less than 2% concentrated juices ( from their website). Juice has no fiber. A few have added vitamin C. So fruity drinks do not always equate “healthy choice”. Except for Dr Enuff soda, which is sweetened with cane sugar and has added B vitamins and tastes great and I would buy it like crack with food stamps until I had to waddle in my pajamas and flipflops twice a day to Walmart to buy more.

But I digress. The problem with giverment programs is they give a fish to people who need to learn to fish. Or learn to grow beans. Or forage for dandelions. Which are tasty salad with vinaigrette and Dr Enuff.

There is actually amazingly little nutrition ( and not so much flavor, either) in a grocery. Pop Tarts, fruit bars, bad bread, canned soups, Lunchables, Belvita dog treats for humans ( I think), anything that says Nabisco or Kraft, and most canned meats ( like those tasty little Vienna sausages). So chill out, Elise. No one is trying to starve the poor into extinction. Poor will be here always, so why make poverty worse by giving them crappy food? Coming from a long line of poor, hillbilly subsistence farmers ( who actively repel the givernment and revenooers) I can say with authority that there is rarely a crisis that is not made better with a homegrown tomato sandwich. That was grown for free by you. Even if you had to roll your wheelchair to the pot to water it. Plus, gardening helps with PTSD, which is why most of the disabled veterans in my area smoke dope. That they grew in a pot even if they had to roll….uh, maybe it’s best to just stop. You get the idea.

“As noted, the sugared beverages include fruit juices so how you extrapolate that their money is being spent on soda is beyond me.”

“The vast majority of SNAP receipients(sic) are seniors, disabled and veterans.”

Thanks for digging deeper, Russell.

Elise… you are full of it.

It is a tough line to walk. I would like to see the system change too, but it isn’t going to, and with all the taxes taken out, buying food for a large family is challenging, buying healthy food feels nearly impossible.
Looking forward to owning a bit more land than our small backyard to expand the gardens.
We choose to use the money we receive as frugally as possible, buying sales items, bulk meats and freezing extras to stretch the budget out as much as possible.

I do wish there were some banned items. Alcohol is banned so why can’t soft drinks and candy.

Sounds like you’re more than responsible. And you’re right – eating healthy is expensive. I pray you get that land.

“I don’t believe in government handouts to the elites or to the poor.”

Plus, it’s more than just Coke and Pepsi and retailers that benefit

Right. I think the gov’t shouldn’t be involved. And wow… the banks run everything, don’t they…

For a long time I have thought about making a bumper sticker (I’m sure something of the like is out there somewhere) mainly when I’m pulling an overtime shift, or trying to be frugal with cash, planning our budget, etc.

“Work Harder! So many Americans depend on you not to work at all!”