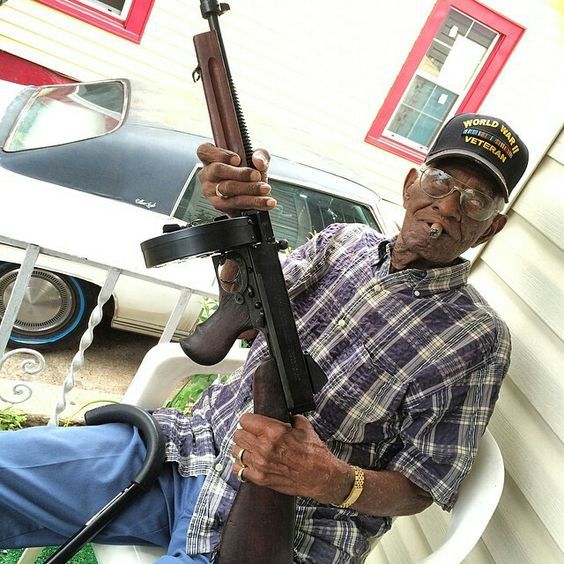 Could this 110-year-old Veteran be on to something?

“It’s common for people who have lived a long time to divulge their “longevity secrets”, but in most cases they nor anyone else really knows what the answers to their long lives are. In some cases, centenarians attribute their long life to their vices. Could there be a coffee, whiskey, and cigars longevity diet?

Look at this man: 107-year-old U.S. veteran says he owes longevity to cigars, whiskey and ‘staying out of trouble’. Richard Overton, the veteran in question, is now 110. Here’s a National Geographic video about him.

I’m going to make the case here that Mr. Overton’s lifestyle has something to do with his long life.

Here’s what I gathered from several articles and videos about Richard Overton:

How his lifestyle contributes to his longevity

He’s lean and he fasts

I”m beginning to think that drinking coffee and whiskey and smoking cigars is healthier than eating a bowl of Honey Nut Cheerios with skim milk for breakfast. Not that the former is so great, but compare it to the alternative that most people have for breakfast.

By doing so, he’s not raising his blood sugar or contributing to insulin resistance. Coffee is also associated with better health and a longer life, and inhibits iron absorption…”

I drink three cups of coffee a day, but I’ve had just one cigar and drank alcohol maybe a half-dozen times since the beginning of 2017.

I am a fan of growing tobacco (I wrote a booklet on it) but I haven’t grown any since moving and buying it is too expensive.

It’s cheaper to just not smoke except on rare occasions… though if it’ll get you to 110, it might be a bargain!

P. D. Mangan thinks outside the box and is always an interesting read. You can see my interview with him here.

Grow or Die
Red Meat is Health Food
Till Like it's 1899!
Growing Nutrient-Dense Vegetables on the Cheap
When She Eats Squash, Her Hair Falls Off

The States in America Using the Most and...

I hope all is well with you and your family. Was just thinking about you the other day and sent a few prayers in your direction. I know you are no longer local here in the Ocala, but I was wondering if you still had contact information from some of the sources you got fruit trees and edible plants. If so and you would be willing to share it with me, then I can be reached at donaldmbarber@gmail.com or at 352-553-6627. Also if there is anything I can ever do for you or your family, let me know. You have been a tremendous blessing in my life, and the lives of so many others. Keep shining forth Christ!

Sure – and nice to hear from you! I will hook you up with plant sources. How the heck have you been?