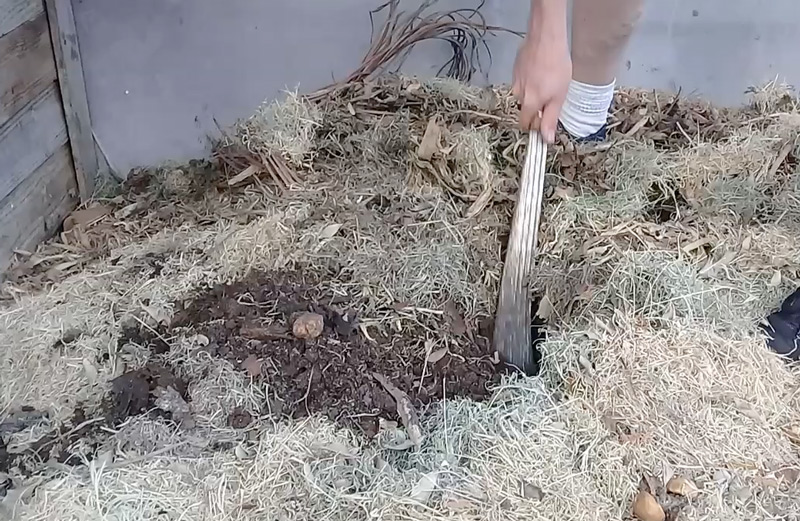 I did some repair work on a big three-bin commercial composting system a few months ago, then stopped by the other day and filmed an update:

It is frustrating that the restaurant staff are still throwing all the good stuff in the trash. Apparently, they are afraid of rats and they won’t use the compost bins. This is quite unfortunate, as the quantity of material going through that kitchen could make tons of compost a year.

You can build a system, but you can’t always get people to use it. I’ve seen more than one compost pile ignored for the easier option of chucking everything in the kitchen trash.

That’s the way it goes. Your thinking must change, then your actions will follow.

I just re-read this passage in James:

14 What good is it, my brothers and sisters, if someone claims to have faith but has no deeds? Can such faith save them? 15 Suppose a brother or a sister is without clothes and daily food. 16 If one of you says to them, “Go in peace; keep warm and well fed,” but does nothing about their physical needs, what good is it? 17 In the same way, faith by itself, if it is not accompanied by action, is dead.

Show me your faith without deeds, and I will show you my faith by my deeds. 19 You believe that there is one God. Good! Even the demons believe that—and shudder.

20 You foolish person, do you want evidence that faith without deeds is useless[d]? 21 Was not our father Abraham considered righteous for what he did when he offered his son Isaac on the altar? 22 You see that his faith and his actions were working together, and his faith was made complete by what he did. 23 And the scripture was fulfilled that says, “Abraham believed God, and it was credited to him as righteousness,”[e] and he was called God’s friend. 24 You see that a person is considered righteous by what they do and not by faith alone.

25 In the same way, was not even Rahab the prostitute considered righteous for what she did when she gave lodging to the spies and sent them off in a different direction? 26 As the body without the spirit is dead, so faith without deeds is dead.

People like the appearance of virtue, but there’s nothing underneath it. Rahab the prostitute lived a wicked life, but had enough faith in God that she did the right thing at the right time.

How many people like to talk about how “green” they are, yet they don’t even compost their junk mail or kitchen scraps?

Building a compost pile and throwing in your kitchen scraps is a quick and simple way to immediately stop throwing many hundreds of pounds of kitchen scraps into the local landfill. Just do it. Don’t talk about your Prius or your cloth shopping bags or how you adopted .5 acres of rain forest to be managed exclusively by baby Harp seals – do something tangible. Build a compost pile.