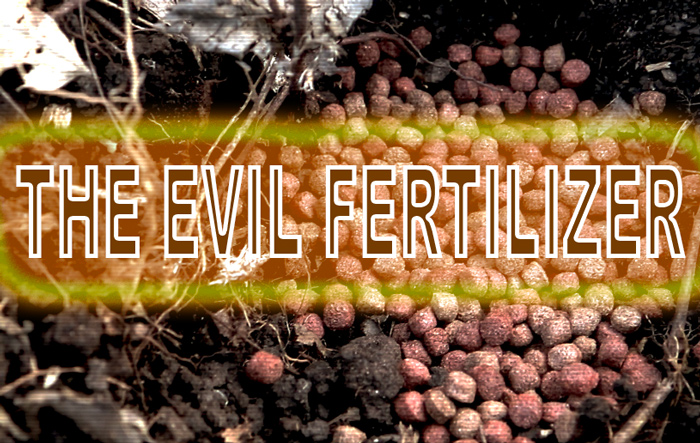 At this point, you’ve probably seen my two videos on using dog food as fertilizer.

I sent the first of the two videos to my newsletter subscribers on Friday, and multiple people didn’t like the idea and shared their reasons:

“Only if it is certified non gmo,otherwise you are going to be putting that poison back into the food YOU consume.”

“FYI, kibble dog food may be up to 50% sugar and its probably GMO.”

“The only problem with doing that is that most of the dog food is causing cancer in the dogs that eat it. In the pet cancer summits they are saying 1 out of 2 dogs gets cancer, and one out of 3 cats get it. And the main problem is the commercial cheap food they are being fed (and sometimes the expensive food too), as well as synthetic fertilizers and pesticides they pick up from walking in yards. Also, almost all the pet food is made from GMO corn and soy, and complete with our favorite friend, ROUND UP!”

“I will join others in saying that cheapo dog food is full of dangerous synthetic chemicals that would never be found in nature. Will those chemicals be taken up into the food? I don’t know, but how can they possibly be good for soil biodiversity? If you knew what is allowed in dog food in the US (let alone what they allow in Central America), you would be shocked.”

All good points. Just because I’m trying something doesn’t mean I’m recommending it. I experiment constantly and I share what I’m doing as I go.

GMOS and Other Horrors

I am not concerned about GMOs in dog food. I’m not eating it, and I don’t have a dog. If I did, though I’m sure he’d be fine with it. 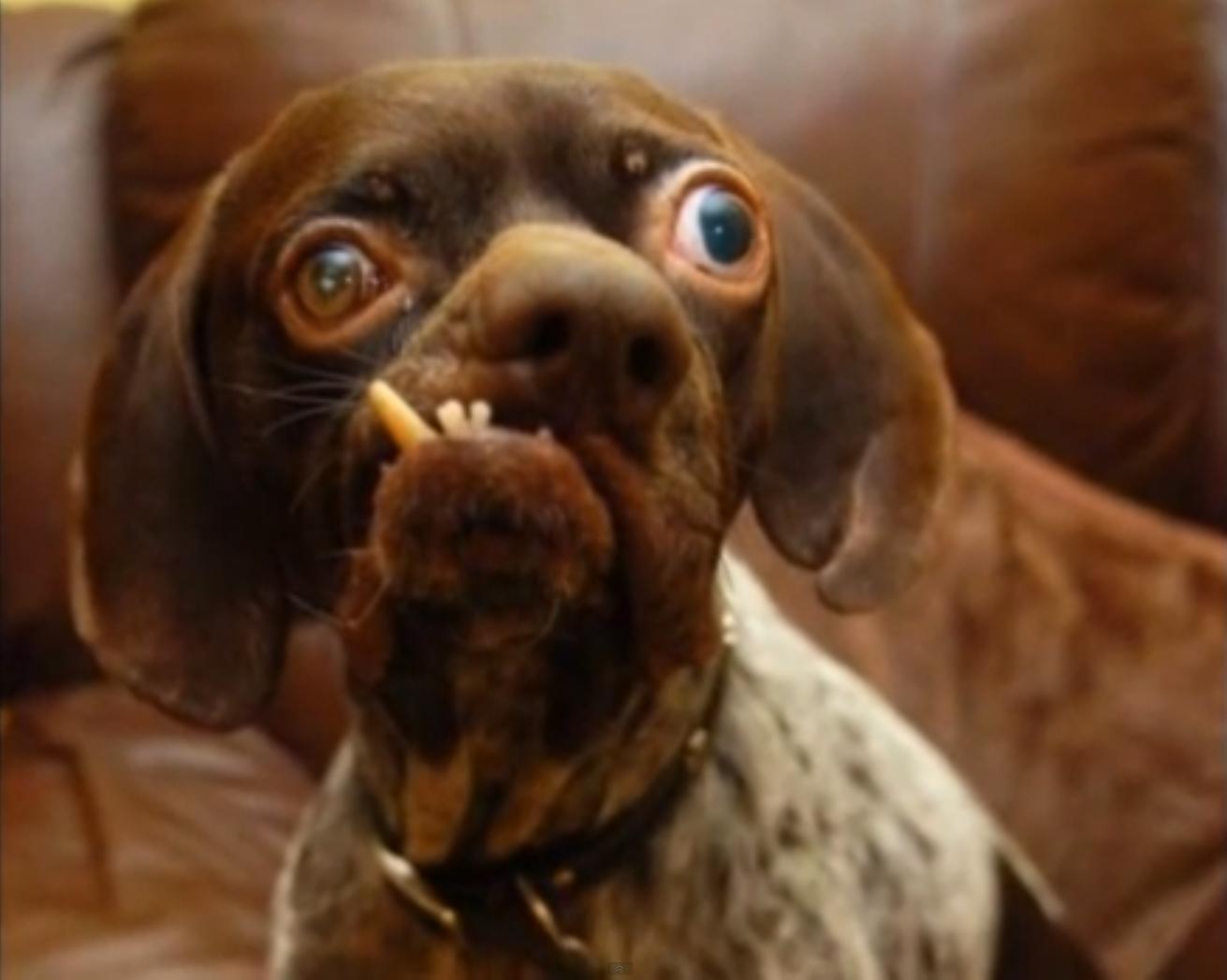 No, not really. If I had a dog, I would feed him nothing but fresh cream and organic strawberries with roast chicken on Sundays.

Genetically modifying plants such as soy and corn isn’t something magical. It just means genes have been spliced in or edited so certain traits are produced in the plant. You might take a gene for disease resistance from one plant and insert it into another. When the plant dies and is turned into compost, all this is gone. If you crossed a jellyfish and a potato, then the monstrosity died, it would compost. Dust to dust. I don’t see how any of those edited genes would somehow end up in my food. Steve Solomon discusses this reality in his book The Intelligent Gardener when he recommends cottonseed meal as an organic fertilizer. Yes, it’s GMO, but no, it’s almost certainly not going to harm you. The soil life will break it down and the plants will eat it.

Now these are more concerning.

I looked up the composition of dog food and it’s horrifying. Lots of artificial stuff in there.

Actually, it’s probably not much more than most of the food we eat.

Do you buy produce? Flour? Rice? Ketchup? There are traces of all kinds of things in there. If you buy mulch from the city, it will have pesticides in it. Wild-caught salmon? There are chemicals in there as well.

It’s a great, big chemical-laced world. If you lay down cardboard in your garden, it almost certainly has something bad in it. If you compost cucumber peelings, ditto. There’s no way around it, so I have given up being concerned on the little things. I won’t add more chemicals if I can help it, but almost everything has some.

I made the chart above myself. It’s a joke. But what I did find in my research is that dog food is mostly made from animal byproducts, grains, bone meal, meats and fats, grains and soy and some vitamins. Maybe some dye, too.

To me that looks like a decent source of nitrogen and other minerals. Though not perfect, it is cheap and common. I’m interested in seeing how it works out.

I got the original idea from John Starnes, who was featured in an article on making a rich garden bed with little work. It reads in part:

“While every organic gardener has his or her own tricks (usually involving truckloads of mulch complemented with horse or chicken manure), Starnes recommends using materials that are fast, easy and accessible even for urban gardeners.

First, find a sunny plot, checking to make sure that it will stay sunny year-round even as the sun moves north and south. For each 10-by-10-foot area, purchase one 50-pound bag of cheap dry food dog nuggets, five 20-pound bags of unscented clay cat litter, a 50-pound bag of alfalfa pellets and two bales of coastal hay.

“You can pick up cheap dog food and kitty litter at the grocery store and the alfalfa and hay at a local feed store,” Starnes said. “Most people are surprised at how many feed stores are located in urban areas – just Google ‘feed store’ and your zip code or check the yellow pages to find one near you.”

Spread the first three ingredients evenly over the plot, turn the soil, water deeply, then cover the area with a single continuous layer of flattened cardboard boxes overlapped six inches at the edges, then cover that with the hay, and water again. Let this “ripen” for 2-3 weeks.

As it breaks down, the dog food slowly releases the nutrients and minerals plants need to thrive. Proteins and carbohydrates provide food for earthworms and beneficial bacteria that eventually transform even Florida sand into fruitful soil. The cat litter decomposes into potassium-rich clay that holds water and encourages lush growth. Alfalfa pellets break down into nitrogen and trace minerals, and organic matter that encourages beneficial bacteria. Covering that layer with overlapped cardboard boxes and then the hay chokes out weeds.

“Make sure it’s coastal hay, which is seed-free Bermudagrass and not something that is full of seeds like wheat straw.” he notes. If it’s available, free mulch from a tree-trimming service or a heavy layer of oak leaves can be used instead of the hay, but avoid the use of cypress mulch.

“They’re cutting down trees and destroying wetlands to get cypress mulch,” he said.

If you’ve had a garden before in the spot you’re working on now, or you’re planting over flower beds, water well every week for two to four weeks, then use your hands to pull the hay back, as if you were parting hair, to expose ten 4-inch-wide bands of the damp soft cardboard. Cut ten slits in it to plant seeds or seedlings in the now-rich soil below. This allows for ten rows of veggies.

If you’re planting over lawn or weedy areas, however, you’ll need to wait a minimum of three months for the lawn and weeds to fully die back. “But even if you’re starting from scratch, you can have one very bountiful winter garden planted before it gets hot again.””

I might try the complete method once I open up some more space in our garden lot.

I may be evil for using dog food as fertilizer, but I’ll have to ask my yams. Feel free to agree or disagree – I’m always learning as I go along.

How to make ground red pepper

I wanted to thank you for using dog food. I recently stopped feeding my dog commercial dog food and thought “Hey why not throw the leftover stuff in the compost….since I can compost anything 🙂

When I saw you coming out with dog food experimentation, my first thought was that I am NOT creating a free diner for local wildlife! LOL. I have to actually cage my compost bins, or they get in there and eat all the chopped produce I put in it, leaving of course….very little to compost. Racoons, Possums, Armadillos, Squirrels….and of course RATS all abound here.
I am fortunate to have a connection to tons of produce that otherwise goes to pig/chicken farmers if they are lucky….but mostly is thrown out and taken away by garbage truck. Quite often there’s 50 gallons or so each time I pick up. I chop the bigger bits and dump them into my compost area – or directly bury into beds. I do like the concept of adding kitty litter and of course I always add some “brown material” in between layers. Don’t think I’ll be adding dog food tho.
Good luck – your experiments are always interesting!

Excellent, Barbara! Thank you. That’s a lot of good organic matter you’re getting.

>No, not really. If I had a dog, I would feed him nothing but fresh cream and organic strawberries with roast chicken on Sundays.

Don’t forget the cat poop! Dogs LOVE to eat cat poop – it smells (and tastes) wonderful to a dog! (Now where can you get organic, artisan, upper-class cat poop? 🙂 )

More seriously, if you bury enough food waste in an area, it feeds the earthworms and will improve the soil – yes, even Florida sand. Gardeners should use what is at hand:

kitchen/food waste (bones should be buried deep; high-salt food waste like leftover soup – don’t bury that; everything else is OK – especially fruit & veggie wastes)
shredded paper – including glossy paper that may be coated with clay, talc, or chalk – valuable soil additives in sandy Florida soils
cardboard
your own yard waste, and that of your neighbors – but be careful and ask if your neighbors use weed killer – avoid
urine – sterile; dilute

David! I found your YouTube channel approximately 6 months ago when searching for survival crops to grow here in Jacksonville Florida. Been following you ever since. You crack me up bro. Anyways… Really quick question I’m thinking you might be able to help me answer…

Here’s my question…
I recently came into possession of Waltham Butternut squash (curcubita Moschata) from Southern Exposure seed Exchange. A friend also gave me some Seminole pumpkin (C. Moshata) can you give me the cliff notes breakdown on what is the difference between these two? Is it basically one looks like a squash in the other a pumpkin? Thanks in advance David!

Glad you found me, Allen. They are both the same species, so they will cross. There’s not really a line between winter squash and pumpkins, just common names, really. The butternut is not as wild and vigorous as Seminole pumpkin. It tends to be sweeter but doesn’t keep as long or live as long. Both are easy to grow, but Seminole is more of a climber.

I like your idea of using dog food as fertilizer. Unfortunately all it would bring to my garden would be more ants of which I already have an abundance. I’m beginning to think that is the best crop I have……seriously I have more than I need. If you still have access to the cocoa trees maybe I could ship you a few million of them and you could corner the market on chocolate covered ants. You could become David the Good Chocolate Covered Ant Baron in no time. LOL Much Love

Awesome. Thanks for the breakdown and taking the time to reply David. Have a great weekend my friend. ✌️

My guinea pig’s compressed pellets fluff up and work wonders when I dig them into clay soil. 🙂

I tried this. The possum loved it for a while. Sadly I found that cat food proves fatal for the poor creatures. https://betweentwogardens.blogspot.com/2018/07/major-fail-pet-food-for-fertilizer.html