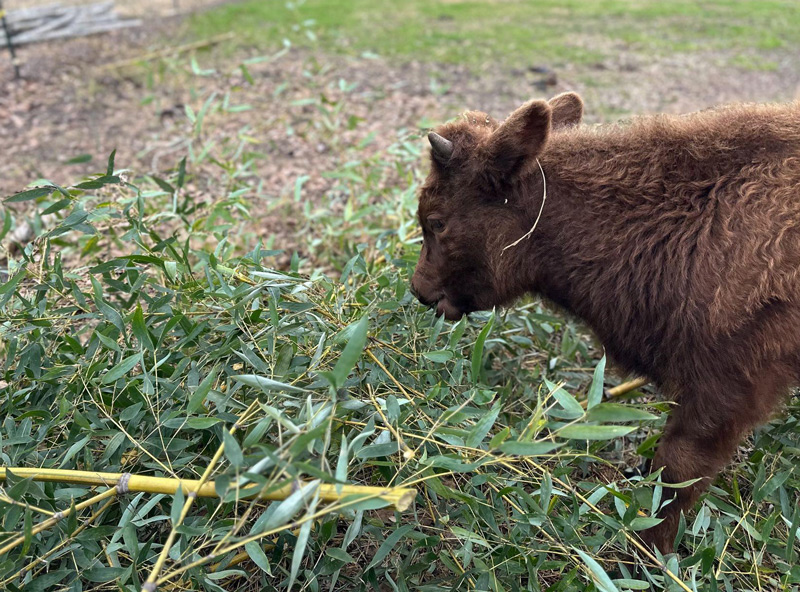 Recently we built much of a new chicken coop from a variety of yellow running bamboo growing in our front yard. 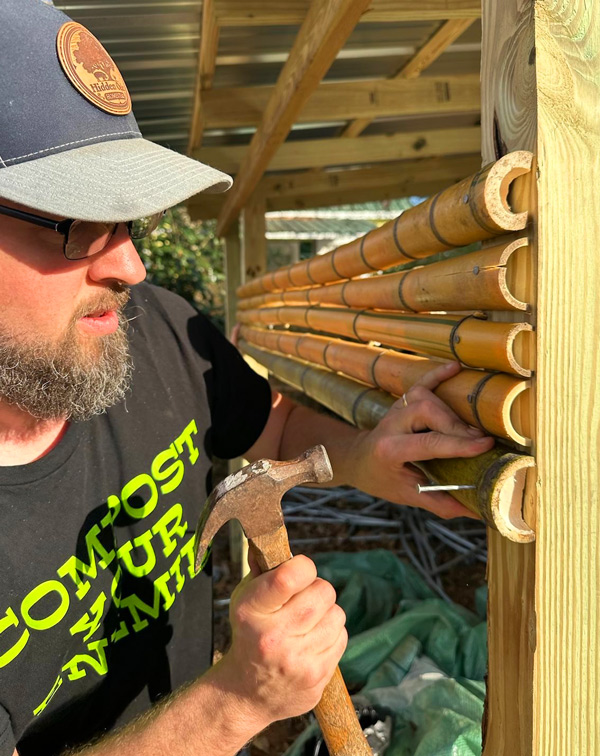 While working on it, we cut lots of bamboo down and selected good, straight pieces to split and nail up.

This left some good, green tops full of leaves, which, on a whim, I threw over the fence to the cows to see if they would eat them.

The pasture is thin at this time of year and they’ve been eating some supplemental perennial peanut hay.

Most of the perennial grass is brown right now. So why not give them a different type of grass?

To my satisfaction, our bull calf dug right into the bamboo. 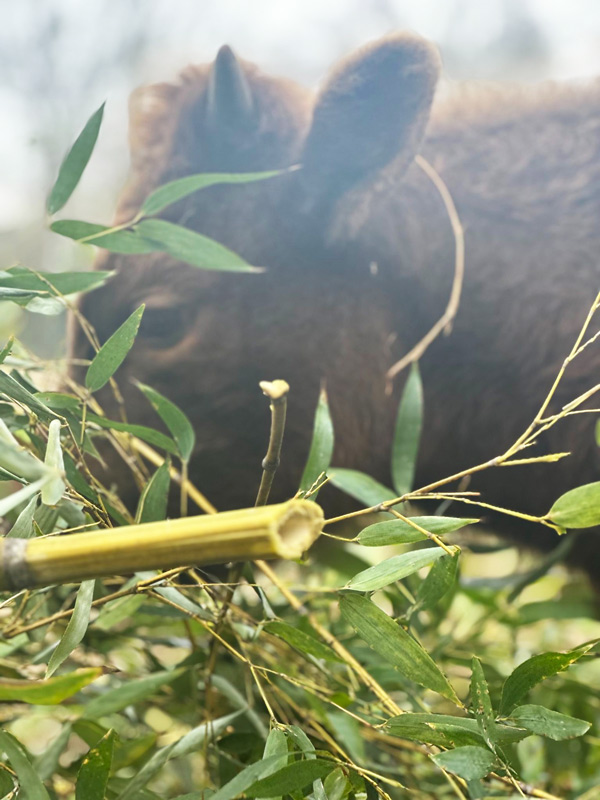 Interestingly, his mother, who is one of our two main milking cows, was not that interested and instead returned to her hay.

You can see her way off in the background: 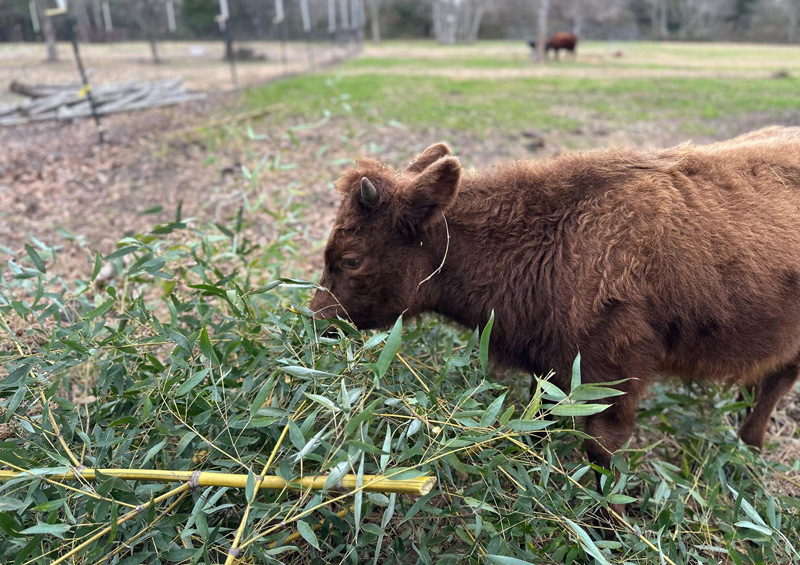 Brandy did come around and eat some bamboo later, once her peanut hay ran out.

The USDA did some research on using bamboo species as goat forage in Appalachia. They write, in summary:

“Plantings of temperate bamboo, including species native to West Virginia were established to determine their ability to withstand hill-land Appalachian conditions and provide forage for goats. Most species under evaluation can withstand Appalachian winter temperatures and retain some green leaves even in late-winter. Nutritive value of bamboo species appeared generally similar to each other and showed similar trends over the season. Fibrous cell wall component concentrations were lowest in young leaves collected in July, and increased as leaves aged to reach highest concentrations in over-wintered leaves. Leaf crude protein decreased from July to September, but was relatively constant through the winter. Concentrations of fiber and protein were comparable to those reported for other browse plants and were sufficient to meet maintenance needs of goats. The ability of bamboo to remain green and maintain quality throughout the winter suggests it may have potential as a winter feed in central Appalachia. Bamboo could prove to be a valuable, multiple-use crop, suitable for Appalachian farm operations and easily adaptable to goat production systems.”

Our bamboo – which I believe is P. viridis, though I’m not sure – has stayed green and alive right through a 16-degree night. It shows great promise as a feed for our ruminants, as well as a good privacy screen and a source of building material and edible shoots.