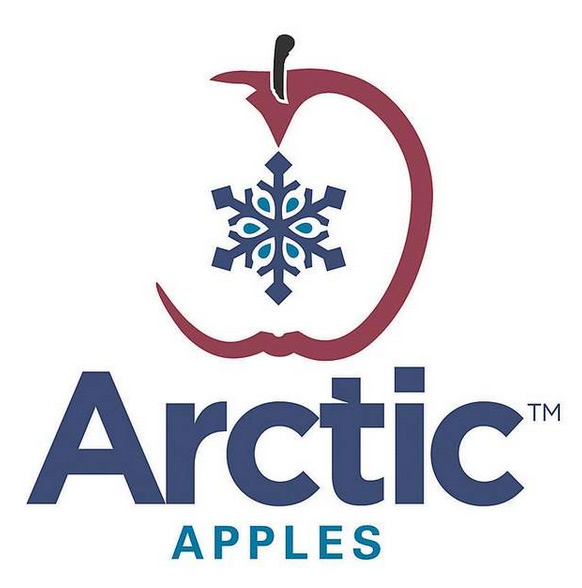 “SUMMERLAND, B.C. — The first genetically modified apples to be sold in the U.S. will debut in select Midwestern stores next month.

A small amount of Arctic brand sliced and packaged Golden Delicious, produced by Okanagan Specialty Fruits of Summerland, B.C., will be in 10 stores this February and March, said Neal Carter, the company’s founder and president. He would not identify the retailers, saying that’s up to them.

“We’re very optimistic with respect to this product because people love it at trade shows,” Carter said. “It’s a great product and the eating quality is excellent.”

Carter reduced the enzyme polyphenol oxidase to prevent browning when apples are sliced, bitten or bruised. The apples match the industry norm of not browning for three weeks after slicing but without using flavor-altering, chemical additives that the rest of the fresh-sliced apple industry uses.

Golden Delicious, Granny Smith and Fuji varieties have been approved by the USDA and Canada. An Arctic Gala could be approved in 2018. Only Goldens and Granny Smiths have been planted long enough to produce fruit in commercial quantities by next fall.

Midwestern retailers were chosen for the first sales this winter because they seemed like a good fit demographically and in presence and size, Carter said.

Asked if Midwest consumers may be more accepting of genetically modified apples than those on the East or West coasts, Carter said consumer research didn’t indicate that and that it wasn’t a consideration.

“We don’t want to skew our test marketing results by choosing stores that may be more friendly to genetic engineering,” he said.

About 500, 40-pound boxes of sliced apples will be sold in grab-and-go pouch bags, he said. The company expects to offer 6,000 boxes of apple slices from the 2017 fall crop.

A QR computer scan code on the packaging enables consumers to get information, including that the apple slices are genetically modified, but nothing directly on the packing identifies it. Okanagan Specialty Fruits will adhere to the new genetically engineered foods labeling act but it’s not clear what that requires, Carter said.

“We are selling it under the Arctic brand and we’ve had a lot of press and attention, so I assume most people will know what it is,” he said.”

Wonder how long it will be until GMO oranges arrive?

I know scientists are making the attempt as a way to head off citrus greening.

BC, eh?
All of a sudden I’m not so proud to be Canadian.

That’s awesome! I love to see this safe and proven technology come to benefit us consumers 🙂

Really tired of the fear mongering about GMO…

Too bad you decided to be a chicken by commenting anonymously. GMO is unproven, but I would be happy to trade links and ideas… if you were legit.

Are you implying I am a shill of big-gmo or what? 😛

For your reference I am Zakke87 who watches all your videos religiously.

I really don’t have the energy to share ideas right now, but thank you for the offer. I just wanted to leave my opinion as a counterweight to the expected fear mongering in the comments. I actually thought you were pro-gmo since you shared this.

Ah-ha! No problem. I get some really weird anonymous drive-bys sometimes. I’m not pro-GMO in general as I believe it’s too risky due to the potential for genetic drift, etc. Just cautious, mostly.

My main problem with GMOs is that it’s not like these plants are isolated. We end up letting these genes contaminate every plant, and for what? To let some big company make more money because their apples are less brown?

There’s already the competition of companies saving pennys by putting marshmallows in cheerios because they are cheaper than the processed grains. If you think GMOs are going to benefit the little people, I think that’s a little naive.

As a side note: kinda funny that homie up there doesn’t have the ‘energy’ to trade idea.. Must be eating too much GMO food (LOL)