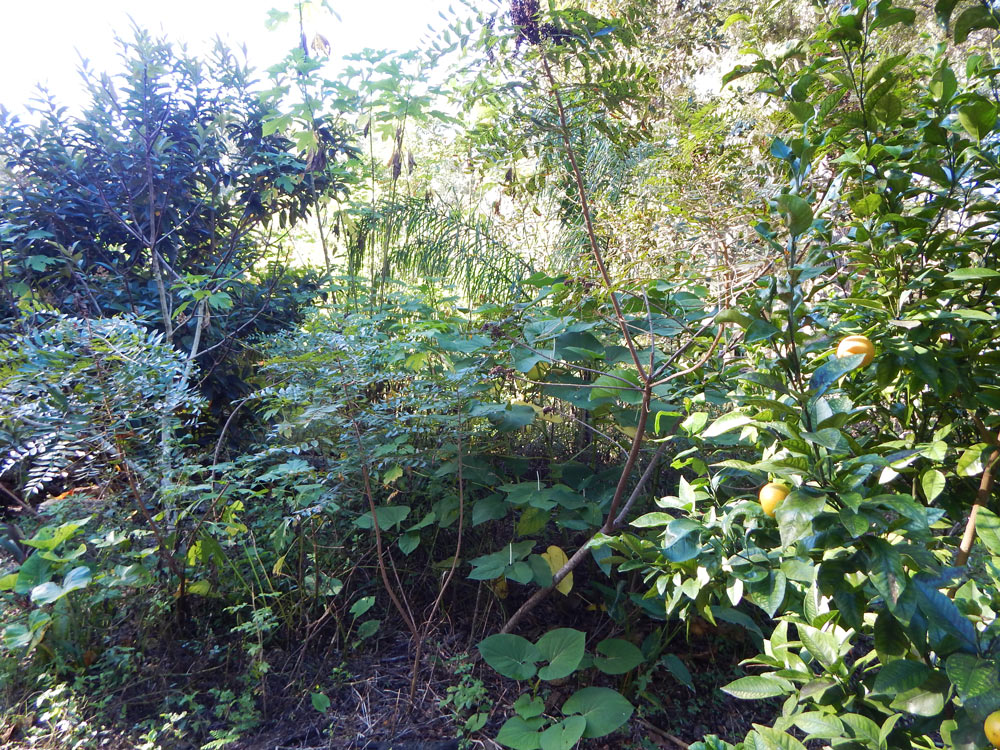 An urban food forest in an empty lot