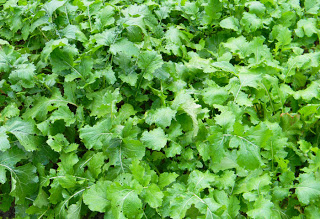 “I’m a former grazing dairy farmer and former Peace Corps volunteer in the Philippines. I have faced cogon grass in the Philippines, didn’t realize it was here in America in the South. The only organic control for cogon that I know of is to fence in pigs or chickens over it and feed them grain, etc. so they eat every tiny blade of cogon as it comes up during the brief period while it is still tender.

As a teacher in Japan, I brought life to some fertile volcanic sandy soil that was completely compacted and sterile. It had been removed as spoil from the construction of the foundations for the small apartment building I lived in and mashed down by the builders’ equipment. I dug holes and planted flowers, peppers and tomato plants, then spot mulched with all my vegetable waste [carrot peelings, onion skins, pepper seeds and whites, citrus peels, etc. and the occasional bag of yard clippings from the neighbor’s house stolen out of the trash.] Planting daikon radish and leaving it to rot really helped break up the compacted soil. After two years I had a fine productive garden.

As a dairy farmer, I had outstanding success with rye and hairy vetch for early grazing every year. After grazing the rye and vetch out, I’d plant a summer grazing crop, sometimes a complex mix of millet, sudan grass, turnips, and grazing soybeans[hay beans] but often just grazing corn. I used the recommended fertilizer on the summer crop but none on the rye/vetch crop. I think that grazing the green manure crop out is easier and better for the soil if you have enough animals to do it. Their manure adds biolife to the soil.

In your extremely poor soil I’d go heavy on rye, hairy vetch, daikon radish, turnips over the winter, then fertilize with triple 13 for a summer crop of sudan grass, millet, buckwheat, one or more summer beans, and whatever summer brassicas do well and root deep in your area.

PROTIP: feed stores and grain mills often have old unsold bags of some crop seeds they are willing to sell cheap to get rid off. Those make cheap green manures. Untreated seeds are best and I’d never use any that were treated with any mercury or mercury compounds.

Btw, I enjoy your channel because while I know a lot about grazing and a bit about repairing soils, I learn new things in every video especially about growing vegetables. Thank you so much.”

Lots of good info in here – thank you, Leo.

The turnip patch that I show in this video is looking much worse now as the winter stretches on. The soil is so poor that now that the 13-13-13 has washed through, the plants are looking brown and yellow around the edges and seemed to have ceased growing. Hairy vetch would be a very good addition – I think they need that extra nitrogen.

It’s sad when even turnips don’t like to grow because the soil is so terrible.

However, that area is now a dumping ground for piles and piles of tree limbs, which we hope to use to help repair the ground.

I do wish we could fence the area, plant it with cover crops, then mob graze some cows through it. We may just settle for chickens instead. And some goats. Or perhaps the biochar, ashes and some cover crops will be enough to kick the area into production.

David – is it possible to get contact info for Leo Scheibelhut? Went to college with him, then lost track and have been trying to find him for a couple years. Thanks!