Free Door Made from Pallets 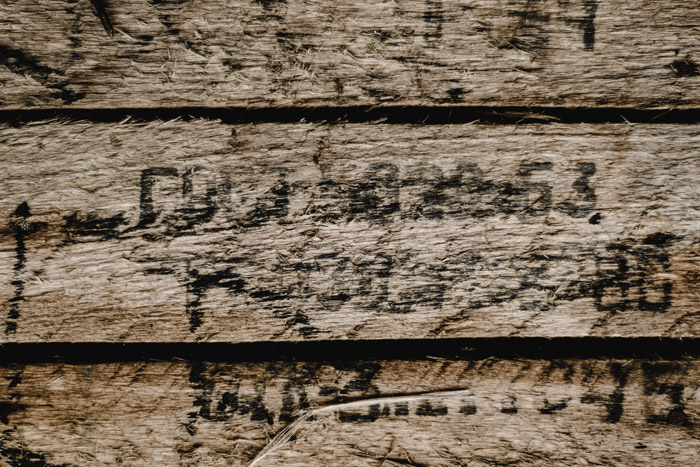 One of the rooms in our house doesn’t have a door on it, and the dog keeps getting in there and jumping on my son’s bed. The room used to be a garage and then was closed in, but for some reason it never got a door put on it. We asked our landlord about putting in a door but he has been busy and never got around to calling a carpenter. That was months ago, so I decided to just do it myself. We can always ask forgiveness later.

Though I bet he likes how good this door looks! 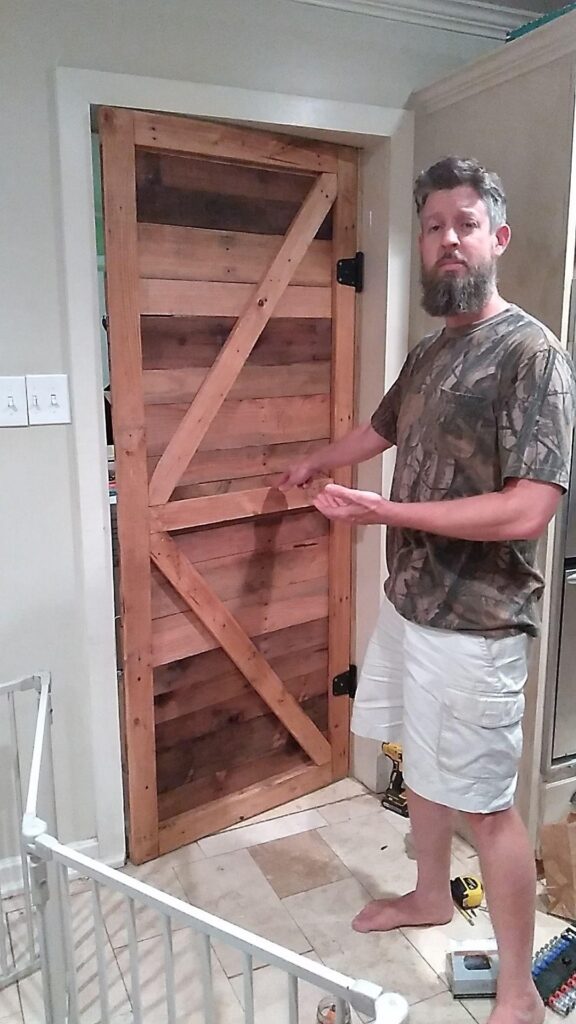 It wasn’t hard to make, though it took a few hours.

Last week I picked up a few free pallets from behind the local hardware store. Then my eldest son and I used a sawsall and a crowbar to bust them apart.

We measured out the size of the door and used a miter saw to cut lots of pallet boards at 32″ wide, then we screwed those to two 80″ long strips of pallet wood. I sketched out the diagonal brace boards and cut the corners on the miter saw to make them fit perfectly between the middle brace board and the top and bottom boards, then we glued and screwed them in. All the boards were then sanded and stained with Golden Pecan stain from Minwax.

My least favorite part of making doors is where we hang them. I had some lag bolts to hold the hinges in, but the heads of them didn’t allow the door to shut completely so I am headed back to the hardware store today to get some thick screws with low-profile heads. The hinges are heavy-duty gate hinges, which I thought went well with the barn-door look of the pallet wood.

The last step after hanging the door is putting in a jam and adding a handle. Hopefully we’ll get that done today. It was a nice weekend project, which has now leaked into Monday – but hey, at least I don’t have to show up at a /real/ job this morning, since I’m just a garden writer.

Later this week I need to build a milking shed for the cow as well, since she surprised us with a baby on Saturday. 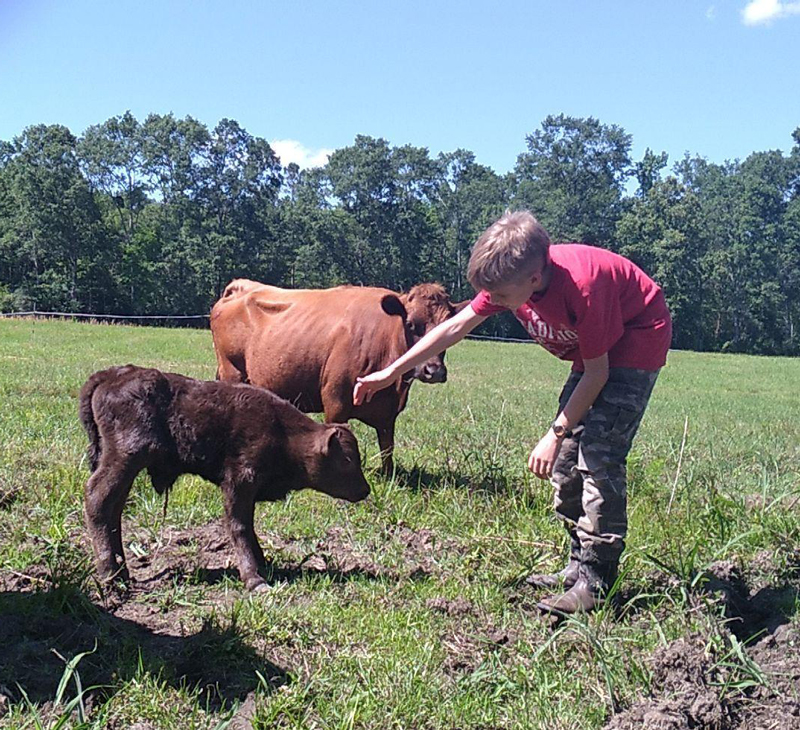 I’ll use tree saplings for as much of the milking shed as possible. Those are also free!

Who Needs a TV?

For Those of You Dealing with Hurricane Damage

Saying just a garden writer is like saying just a mother or just a father. I suppose you could be just a door builder!

Good luck on the shed. I was at the scrapyard pricing used corrugated tin roofing for my woodshed (buck a pound) and I am considering splitting shingles with a log splitter instead

It was my kind of cheap!