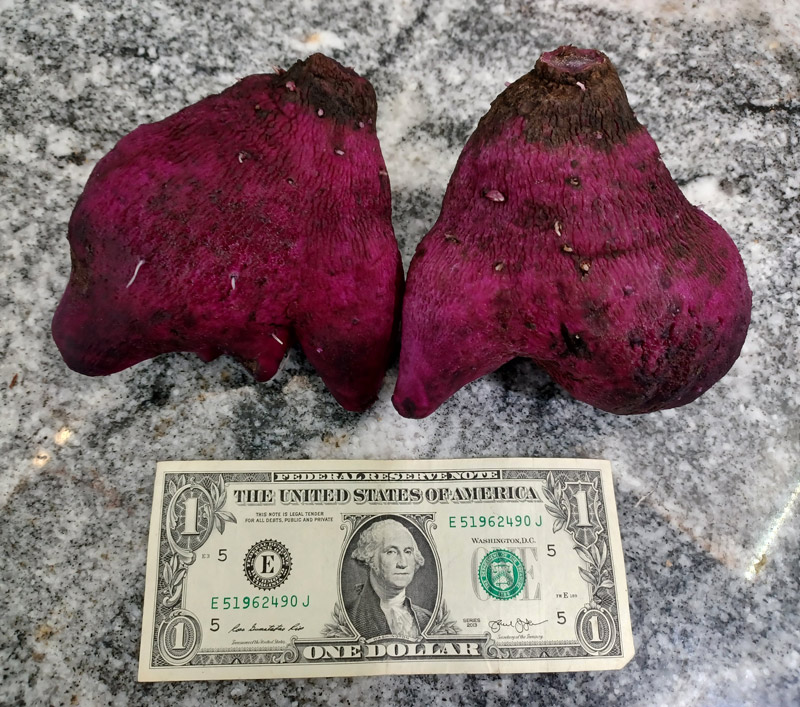 I have been growing tropical true yams in Lower Alabama, which I thought was rather impressive. Then I got this email about growing yams in Tennessee:

Just wanted to share that I have successfully grown ube yam in middle TN. Planted six golfball sized chunks in late April and harvested the first of the six today to reveal two large fist sized tubers.  I think it’s a decent return for zero care and an unusually dry almost drought like year for us.  They were grown at the edge of a raised bed with a cattle panel trellis to dominate.  I think I’m gonna leave the other five to see how they size up and how they handle frosts.
Thanks for all the great info on yams over the years!
Jason
And photos: 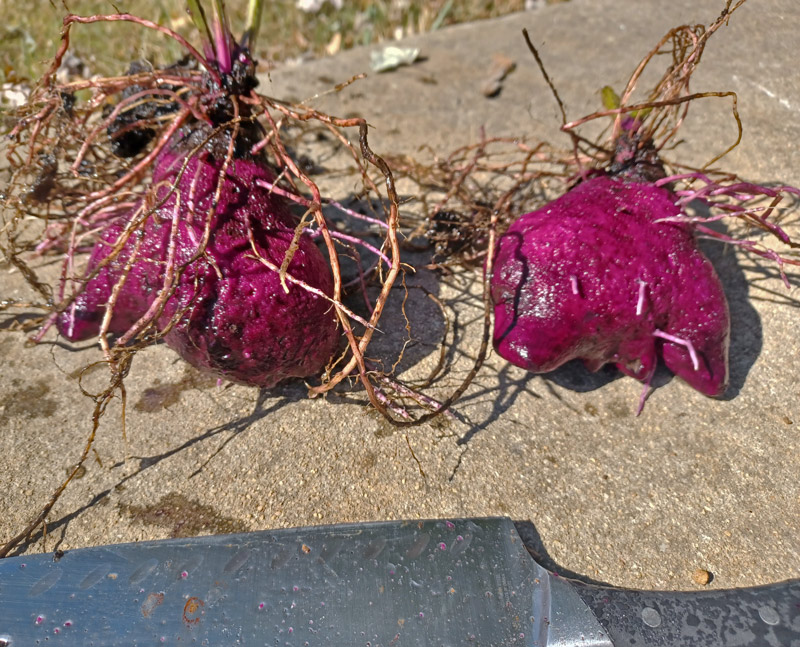 I have found that the purple types grew to only about half the size of the white varieties in North Florida. They also seem much less vigorous here.
Since the purples did that well, Jason, it would definitely be worth growing a row of the vigorous white D. alata types.

That is exciting to hear! This is my first year growing yams and cassava in large containers. I live in central texas. I’m wondering if I should harvest them both before the first frost comes in.