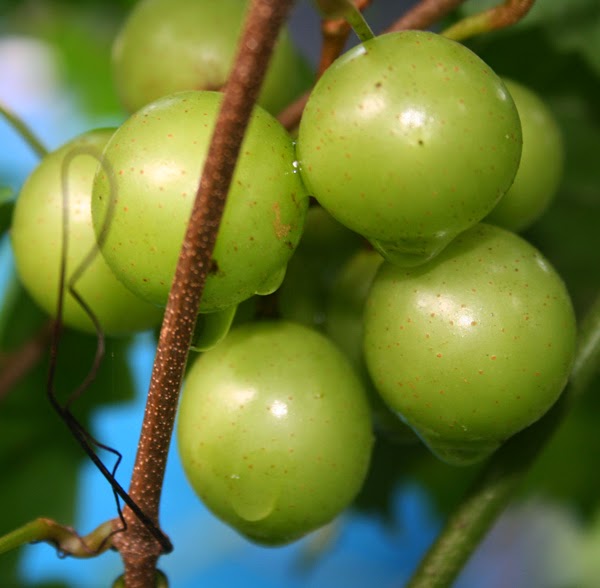 In this livestream from last week, I talked about multiple gardening ideas I wanted to adapt to my Grocery Row Gardening system. One of them was to grow grapes on posts, straight up, rather like trees.

“David, I’m growing grapes up in Michigan in that manner, and it’s called “head training,” if you wanted something to research. I’ve also seen this referred to as “gobelet training,” as in the form resembles a goblet, but we have to stick an extra “e” in there because Europe. Very old system. Also worth looking into is using a live elm tree as the support for the vine; I believe the elm is kept as a pollard so it doesn’t shade out the grape. This combination is very ancient, being referred to in ancient Greece as “husband” (the elm tree) and “wife” (the vine). There’s a PDF floating around out there that’s of an old (1950s I think) article that goes somewhat in depth on this. For some reason that I can’t remember or maybe it was never really spelled out, but they typically would use elm trees for this purpose. Really interesting stuff that I think is worth looking into. If you want a copy, just let me know–I have it somewhere on my phone, but the file name is weird, so it doesn’t show up in my search results, so I’d have to look through a whole mess of downloads.” 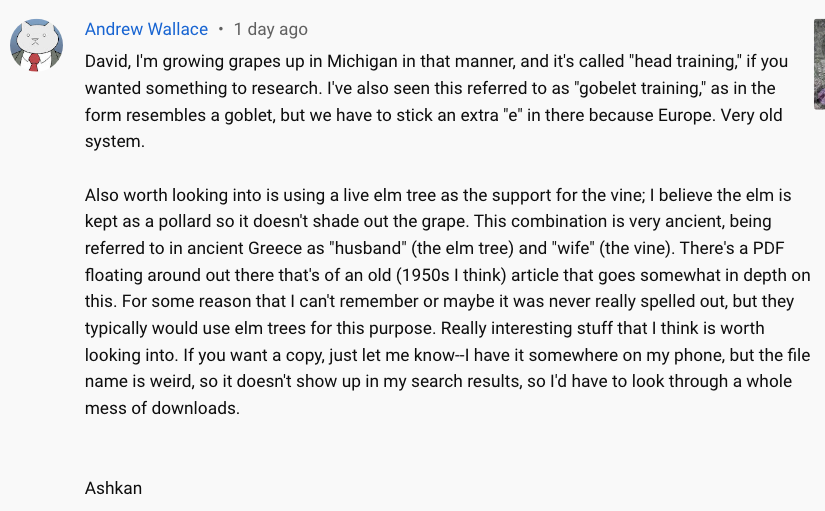 My thought was to grow the grapes rather like the Chinese in Grenada were growing dragon fruit: 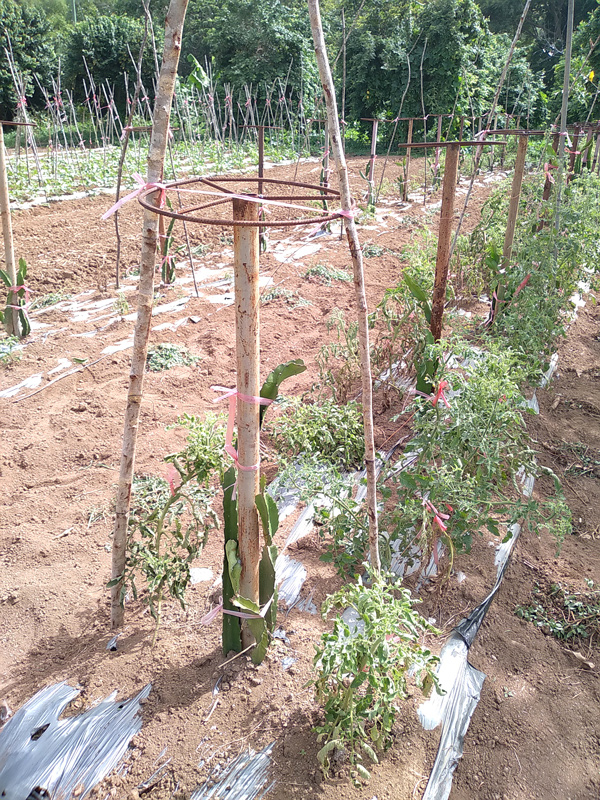 Posts, with a wider “wheel” or piece of something on top to direct them sideways. Except that I planned to go higher with the post, so the grapes fruited overhead.

However, I looked up the method Andrew mentions and it looks like the grapes are simply trained onto a post and then pruned so multiple spurs go out sideways from the top with no extra support required.

Definitely something I will experiment with.

I just ordered eight muscadine vines from Isons Nursery, so stay tuned. They should arrive in a few months, as Isons ships during dormancy.

I like the idea of skipping the support wires and just growing them in a columnar fashion in between other crops.

Muscadine grapes are looking good
How To Prune Grape Vines
How To Grow Muscadine Grapes
What do bees eat?
Perry Cottage
3 comments
PinterestWhatsappEmail

Thanks for the info on head training, planning to convert my vines to this method. I thought you’d be interested in a grape vine I purchased and have luck growing in Savannah, GA zone 8B. It’s a cross between a muscadine and a concord, the result is a muscadine skin, seed, and tolerance for heat and humidity with the taste of a concord. The cultivar name is Southern Home. Nathan

I know that one! It’s got a nice flavor. I used to have them back in my old North Florida yard.

My favorite are the big golden muscadines.

Interesting! I was considering planting the two Concords I have underneath trees in the food forest because i don’t have anymore trellis material. Was contemplating an oak and a male persimmon. my wild Muscadine vines and the one cultivar I bought are well on their way to growing on everything except the trellis I made for them. I’ll be hard pruning them this fall/winter. Still no fruit but hopefully next season. I would love to do a frame od wlogs over where we park our cars and do either grapes or those crazy horned cucumbers.