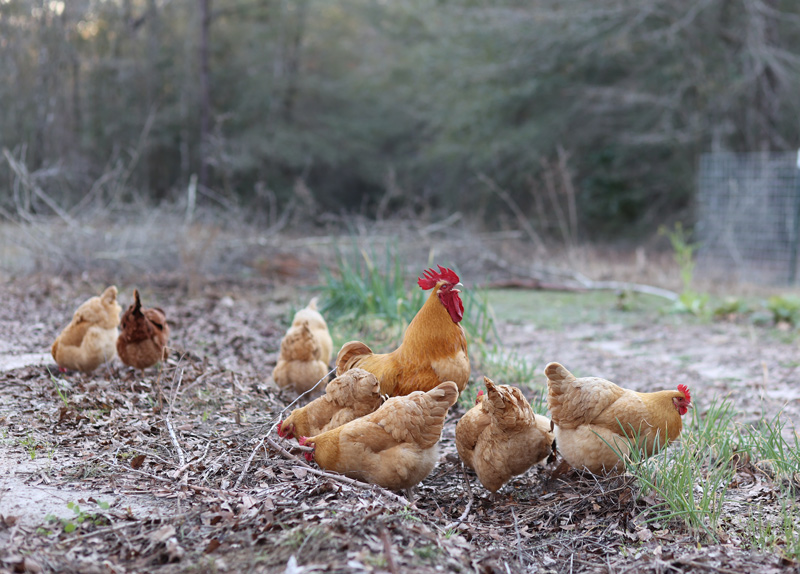 Right now we have chickens in a couple of movable tractors. A cattle panel one, and a PVC one.

I am not that impressed with either design, so I have an idea.

Why not take a goat pen setup like this: 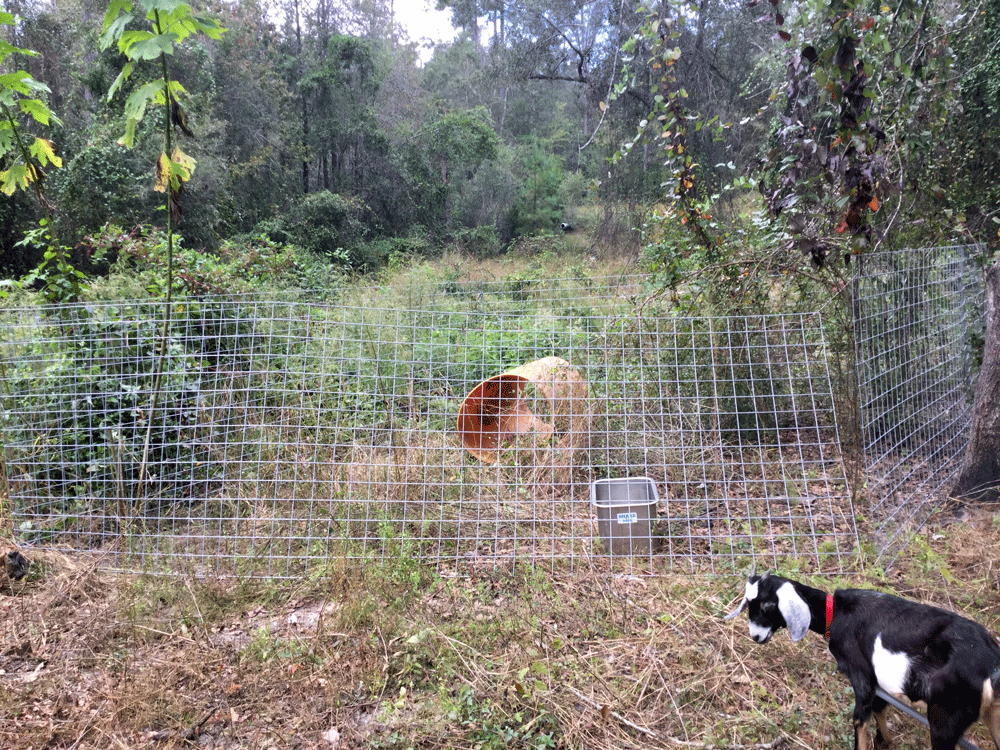 Then put it over a section of the garden, like this frosty row garden area: 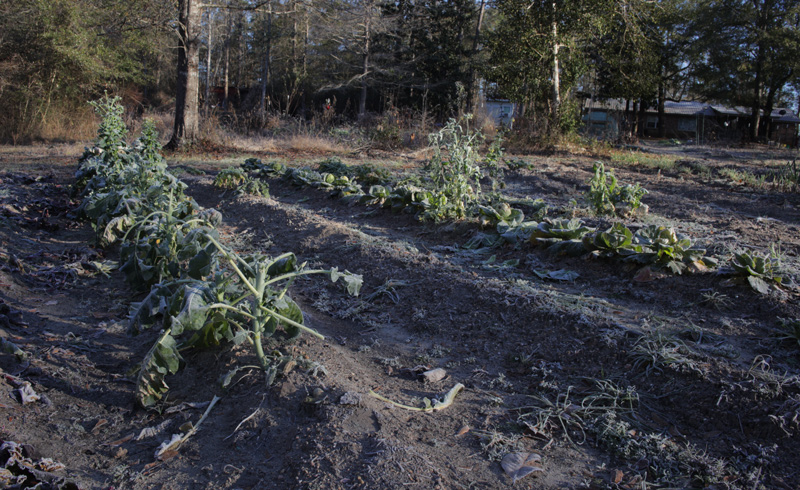 The soil greatly lacks humus, so my idea is to pen in the chickens and throw in lots of mulch, then let them turn and scratch and compost it for us, right there where we’ll plant in spring.

Right now the goats are tied up out there and eating all our frost-damaged vegetables. 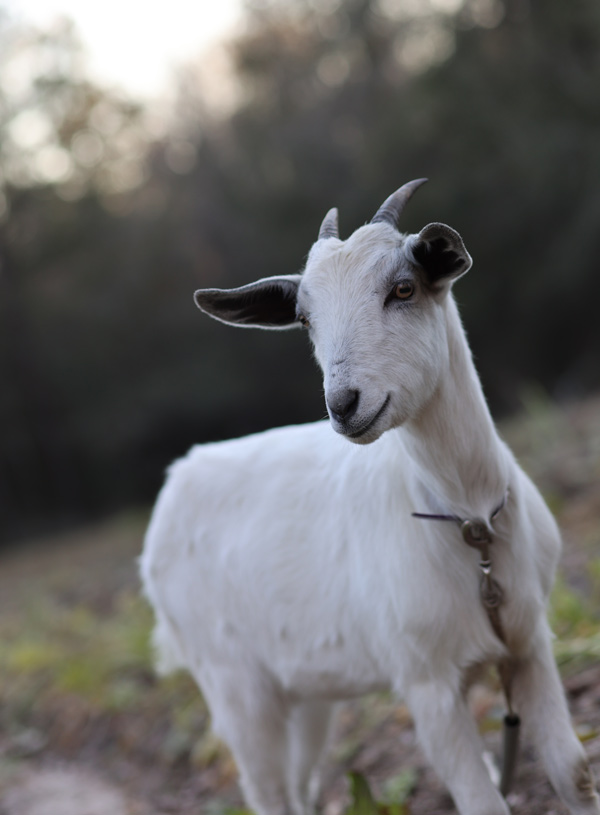 They add a little manure and a lot of trouble. Just look at this face! 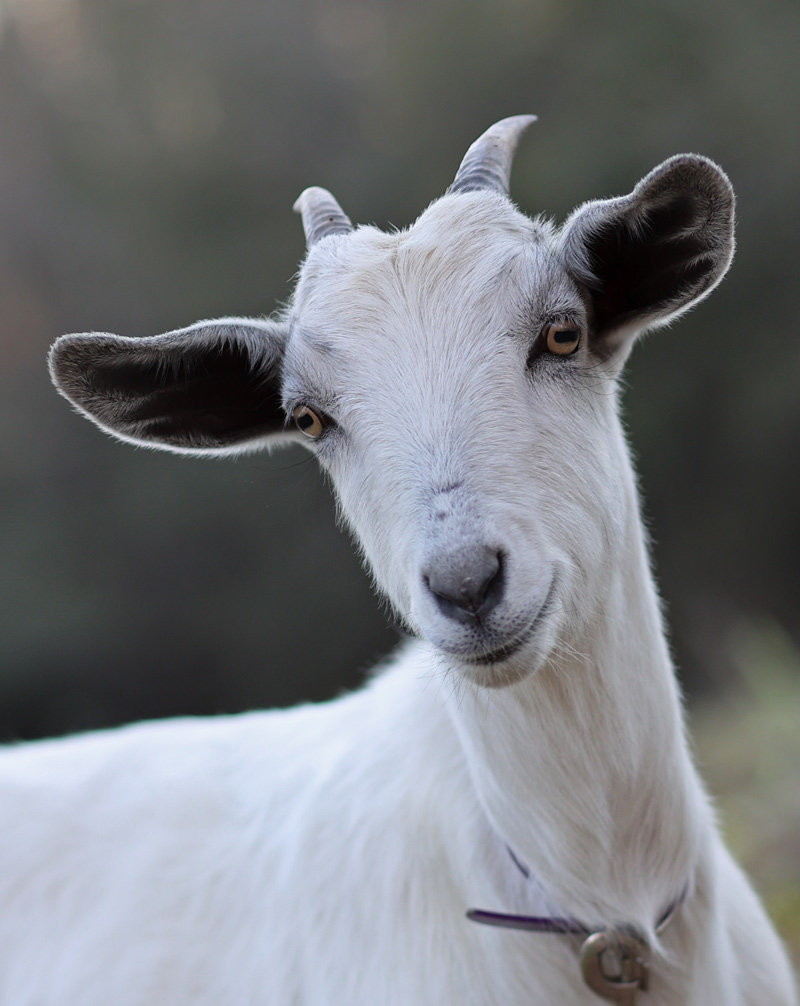 But goats don’t add a lot of manure or humus to the soil. Not like the compost we get from the chicken run. 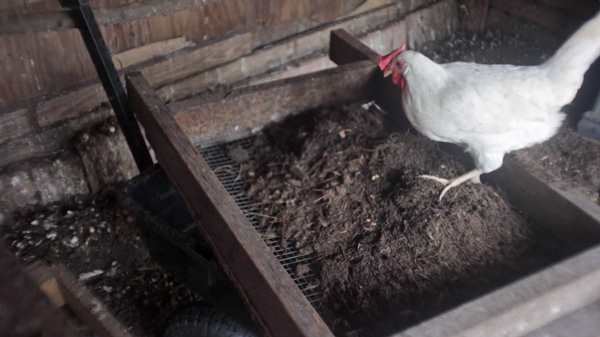 So: let’s just make an enclosure and run birds in it! I could stick the cattle panel tractor in there, then put 4 5′ panels around it and let the whole thing sit out there for a few months, throwing lots of kitchen scraps, weeds, mulch, etc., in there to be worked into the soil.

Then we can re-shape our raised rows and we’ll have a 16′ x 16′ area that’s loaded with good humus and nitrogen.

I will film it soon. You’ll see – it’s going to be great.

Check Out This Thai Garden
My New Chop and Drop Video!
Three Ways to Use Logs In Your Garden (Instead of Throwing Them Away!)
Cooked Food in the Compost is Bad?
My Epic 3-Bin Compost System
6 comments
PinterestWhatsappEmail

Add a base layer of charcoal, and you’ve got my garden beds from ten years back– most productive garden I’ve ever had! When the chicks were too small to be ranging around outside, I kept them in a 3×8 pen with a hinged top (corrugated to keep the rain out), perched on top of an equal-sized raised bed made of cinder blocks. Started with a paper mulch layer of newspaper and cardboard to keep roots out, then about 2″ of charcoal to keep it from getting too stinky and leaking nitrogen, then every day I threw in all the kitchen scraps, all the weeds I pulled from other parts of the yard, grass clippings, wood shavings, little chunks of sod for them to scratch at, just whatever was around, until the bed filled up completely. Then moved on to another bed. Planted directly into that mess with just a bit of bagged soil (I was afraid of burning the roots, I don’t know if it was necessary), and then mulched with cardboard on top. Great batch of tomatoes that year, and after those, in the fall, the most beautiful chard I’ve ever grown.

I like the idea. Check out Harvey Ussery (https://www.themodernhomestead.us/). He’s got some great ideas for using chickens in the garden. I’ll also recommend his book “The Small-Scale Poultry Flock”. Justin Rhodes also has some good ideas about harnessing the power of chickens to grow food.

I have a small back yard so the chickens have a centralized home area and rotate their spring and fall extensions which are the unused previous garden areas. In the fall the summer garden gets all the leaves and kitchen scraps, in the spring the fall garden gets all the grass clippings and kitchen scraps, both areas get a healthy dose of poo in their down time. My soil has improved greatly in two years.

I’ve done this the last few years with my gardens. As soon as the last harvest is done, I set up a chicken fence around the main garden area and move the chickens into it during the day. They are great about eating grubs that are buried in the soil, tilling the upper layer of soil, and depositing plenty of nitrogen on the beds. Once it’s time to plant again in the spring, I move the chickens back to their summer run, spread some extra manure from the coop, and plant. And incidentally I’ve never had a problem with the chicken manure being too hot. I just mix in some less soiled woodchips from the other side of the coop and it evens out.

Yes, for sure. The carbon/nitrogen seems to be perfect.

I have the same idea! A few months ago I was watching you sift out the chicken house dirt and directly apply to your garden. I tried it and the results were great!