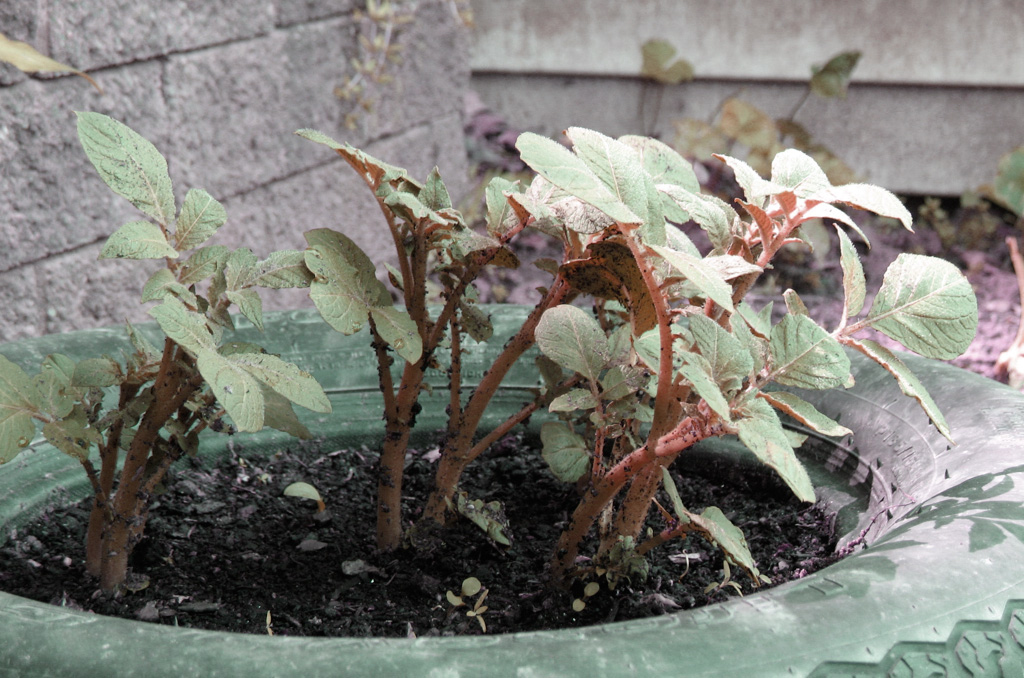 After getting an email from one of my readers, I recently wrote an in-depth post on the potential toxicity of tire gardening, followed by a video built upon that post:

My friend Herrick Kimball comments beneath the video

“From my observations, life in the soil (which equates to the health of the soil, which equates to health of the plants in that soil) appears to be unaffected around a tire in the garden, as long as there is mulch, and organic matter, and moisture, and live roots, which soil life needs to thrive. There is, undoubtedly, some degree of breakdown in the rubber of a tire over time, just as there would be with any material, but this breakdown appears to be negligible. As for leachate of chemicals from the tires, yes, probably, to some degree, but It seems to me that any leaching of chemicals from tires used in a garden is going to be extremely minimal. Probably no more than you would get from using plastic mulch, or plastic lumber for raised beds. I think the bigger question here is if a minuscule amount of chemical leachate is taken up by the plants. I’m not a molecular biologist, but my understanding is that plants do not take up the molecules of most toxins. They do not have digestive systems like humans, which can be so adversely affected by molecular toxic intake. It is the biological life in the soil that makes nutrients available to the plants. If the soil biology is healthy and active, it is going to give the plants what they need to grow. The soil biology is not going to pass on any leachate chemicals. If, however, the leachate chemicals kill the soil biology, well then, that’s a different story. We are talking about VERY minuscule amounts of chemical l leachate from a tire.  I’m confident that the soil biology can deal with such substances, and wholesome food can be grown in a tire garden.”

I’d take Herrick’s guesses over most people’s. It’s possible that plants won’t take up the toxins, though I do know some things are picked up easily by plants – such as aminopyralids.

But I’m no biologist, so the tire gardening debates continues.

Growing Bananas and Other Tropical Delights Beyond the Tropics

Just a thought/observation; it probably would be a bad idea to use tires in combination with muushrooms, since they have a tendency to absorb higher amounts of chemicals and metals. Or use them to leech it out of the ground if you’re worried, and simply throw em out.