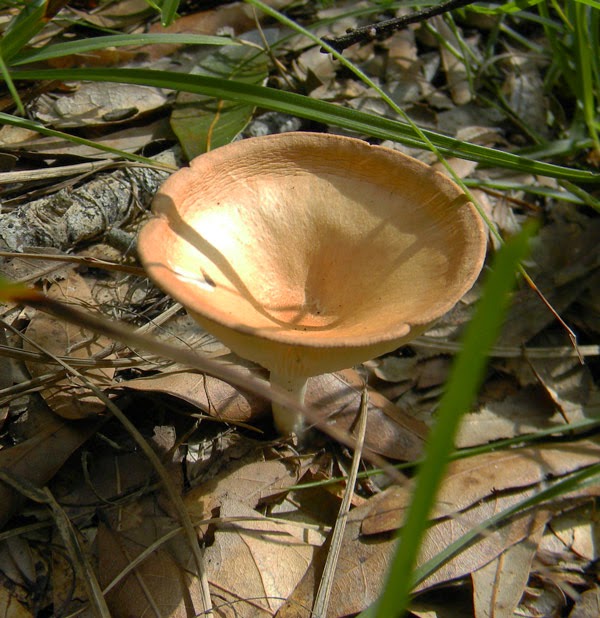 Maybe I should start writing an advice column. The bar to entry can’t be that high.

This particular one on mushroom foraging was hilariously bad:

Dear Amy: I have a group of three friends (we’re all male) with whom I enjoy one overnight each month at a cabin in the woods.

We take turns cooking. Recently two of the guys made a spaghetti dinner for us.

I was horrified. I have a degree in biology and taught environmental science for over 30 years — neither of these guys has experience with mycology or taxonomy of fungi — nor could they even name the species of mushrooms that were used. When I expressed my dismay, they were defensive ( “My wife said they were okay!”) and eventually turned to taunting.

At the next overnight, I questioned what ingredients were included in the meal. Realizing the ridiculousness of this endeavor to be safe and wishing to avoid further ridicule, I began to bring my own food under the declaration that I prefer to eat later in the evening than they do.

Amy, they are still making jokes about it and have never shown any contrition, much less offered an apology.

Two questions: Was my reaction unfounded (I can’t imagine it was), and do you have a suggestion for resolving this through communication?

Avoiding: Your reaction was not unfounded, but your overreaction is.

Your friends made a potentially dangerous choice; as it turned out, everyone got lucky and no one got sick. You conveyed your educated and legitimate concern, and you know your friends heard you because they resorted to taunting you for taking your position.

I hope that what you describe as “taunting” was a milder teasing.

You certainly have the right to bring your own food to these gatherings, but you aren’t being honest about your reason (and “eating later” doesn’t necessarily make sense). And — every time you do this, you revive the original issue, which is that you don’t trust your friends to offer a safely prepared meal.

In my opinion, you should make a choice to trust your friends’ food prep, but this would require you to relax about an issue you obviously take extremely seriously.

You might flip this issue on its side if you more or less dove into the heart of it. Have some T-shirts made for the group: “Fun Guys Forage Fungi.”

My friends just pointed a gun at my head and pulled the trigger. Luckily the gun jammed and I’m still alive. What funny saying should I put on a T-shirt for them for the next time we play this game?”
Mushrooms can kill you in terrible ways. Make sure you know what you’re doing, and don’t keep stupid friends.
Also, if you are interested in mushroom foraging, may I recommend these books?
We do eat foraged mushrooms, but the level of caution I exercise is very high.

Off topic but relevant: California just legalized composting of human remains as a burial method.

This gives new meaning to “Compost Your Enemies”. 🙂

I forage only Turkey Tail, for medicinal tinctures
My ignorance on every other wild mushroom keeps me from eating them.

The “best” (/s) comments there expressed the opinion that telling someone to lighten up about the possibility of a horrific, agonizing death from toxic mushrooms…was almost as bad as saying that covid “vaccinations” are a “personal choice”. Yep. Telling people that mushrooms aren’t so dangerous…is *almost* (again…”almost”!) as bad as telling people to mind their own business about whether a person they know took the vaxx. These people are freaking smoothbrained lunatics.

A dissolved liver, and dying slowly over 96 hours…is a lot worse than “not being certain whether your buddy was stupid enough to take the clotshot!!”

Mushrooms are awesome, but also terrifying. Experts, actual friggin mushroom experts, have died agonizing deaths by mistake. *Shudder*
“Overreaction”…riiight. The letter-writer should’ve dropped his friends, especially after they mocked him/her instead of being horrified and apologizing once they learned what they could’ve done to all of them. Darwin award nominees, every one of them.

People are certainly quite nervous over the vaxx these days.

I work on identifying mushrooms, so I could forage if I had to. Because other food is so plentiful in our garden I just don’t risk it, and wouldn’t, unless there was a good likelihood I’d die if I didn’t, so I don’t want to be so uneducated and unprepared that I couldn’t.

Yes, that is good tack to take.

The chanterelles and puffballs and the occasional bolete, wood ear or Lactarius indigo are it for me.

Maybe the best thing to do is get the guys a good mushroom identification guide that lists the effects of eating the wrong ones.

Wow, we’re doomed…well, at least, some of us are.

I can’t decide if Amy is an idiot, or a supporter of the depopulation agenda. Perhaps both, unwittingly. What better way to accelerate mass die off than to give really bad, potentially life-threatening advice on a “trusted” legacy media outlet, where all the most credulous “expert”-trusters will see it and assimilate it into their operating program?

“Avoiding Amanita” needs to start by getting some new friends, and then follow that with cancelling his subscription to the Washington Pravda.