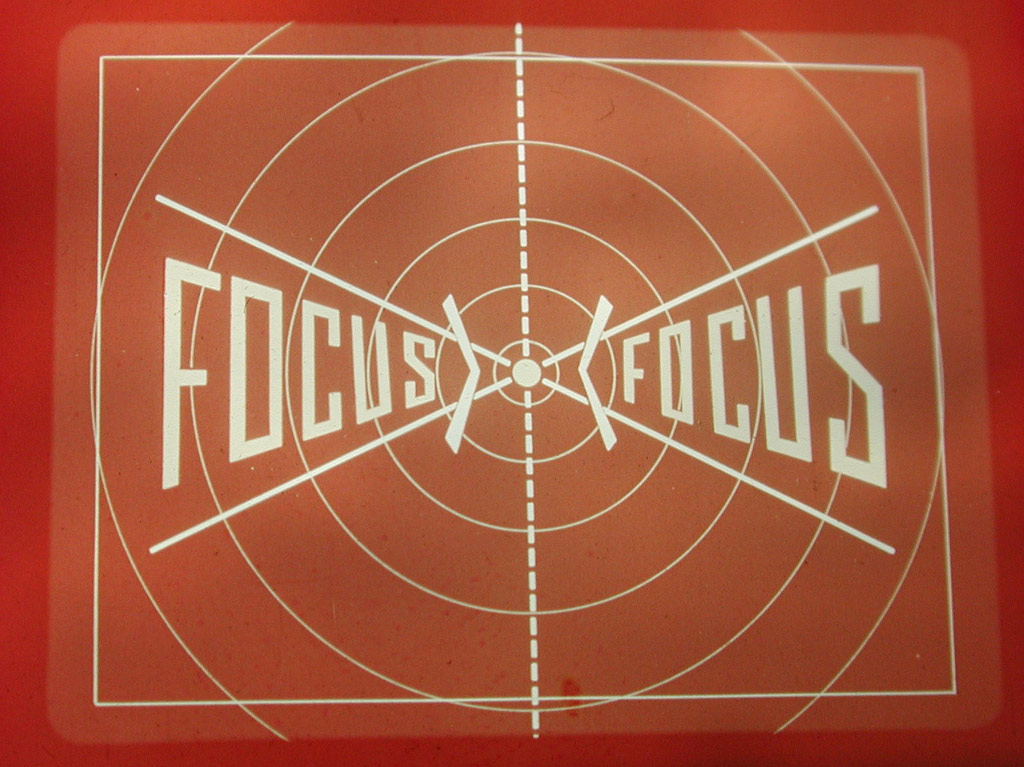 I was thinking through my garden writing and journey towards blogging success this morning as I read through a post by author Mike Cernovich. When I started, I was just a backyard gardener and basically a nobody, working in radio production and writing some advertising for stuff I didn’t believe in.

I don’t have a degree in horticulture and I have never worked on a farm. But I was a voracious reader, experimenter, extreme gardener and an already talented writer.

So back on the very last day of August, 2012, I launched the daily Florida Survival Gardening blog. Here’s a shot from the second week: I linked to other folks’ blogs and interacted, but rarely got any links sent my way. I was still a nobody.

But I kept pushing. After a couple of years, the site had excellent traffic and loyal readers.

If I like something, I’ll link to it. It doesn’t have to make me money. If it’s worth sharing, I’ll share.

If you’ve written a great gardening post, let me know: I will send you some traffic.

Back to my story.

This year, after three years, Florida Survival Gardening became TheSurvivalGardener.com as I broadened my focus to encompass more than Florida.

My second goal was, once I’d gained a good audience, to write a Florida gardening book.

That goal was reached in February of this year with the publication of Create Your Own Florida Food Forest, a small book containing lots of inspiration plus species lists for forest garden projects in the Sunshine State. The book sold better than I expected, with at least 500 copies sold since its release. I was amazed and humbled by the great reviews and love folks expressed for this little guide to a somewhat esoteric gardening method. For me, I viewed blogging success as a lead-in to book-writing success.

I kept writing my daily site and a couple of months later decided to pitch my next book project to a publisher, rather than self-publishing. That resulted in Compost Everything: The Good Guide to Extreme Composting being released in May, just three months after CYOFFF came out. I spent years experimenting and reading about composting before ever writing that book. It didn’t pop out of nowhere. I did what I loved and tried to keep as much “waste” out of the trash as possible, while being a total cheapskate about feeding my gardens organically.

To my – and my publisher’s – great surprise, the book was a success. Thus far it’s sold over 2,000 copies. That’s huge for a book on composting (of all topics!). Not only that: it continues to sell.

As of right now, it’s the second best selling book in the “Gardening and Horticulture/Vegetables” category on Amazon. …right behind my new break-out success, Grow or Die: The Good Guide to Survival Gardening. Despite being released at the totally wrong time of year for a gardening book, Grow or Die sold more copies in its first WEEK than Compost Everything sold in its first MONTH.

In between writing those, I also created a new go-to book for Florida gardeners: Totally Crazy Easy Florida Gardening: The Secret to Growing Piles of Food in the Sunshine State.

This one was written sheerly out of love for my native state and a desire to share the incredible crops I’d discovered. I actually just created a new magazine ad for the book – check it out: Making a few dollars is great, too – but I’m certainly not getting rich off my books. Just look at the prices: $2.99 each for Kindle copies. And the paperbacks aren’t any more expensive than $9.99 each.

And only $1.99 for my ebook The Survival Gardener’s Guide to Growing Tobacco, also published this year: Hey – that’s about the price of five cigarettes at today’s prices. The book would pay for itself with the very first few leaves of tobacco you harvested from your backyard plot.

After Amazon and my publisher both take their well-earned cuts from my various books and booklets, I usually make around a dollar a copy. Enough to make me happy I write, but not nearly enough for my to hang up my pruning shears.

Even if I did become hugely successful in sales and managed to really roll in some dough, I’d still keep doing this site.

Because of the most important thing of all.

I love what I’m doing!

I love my audience here, I love the e-mails I get, and I even enjoy the trolls on YouTube who attack my videos:

So – now that I managed to find blogging success through a successful daily blog, plus more than surpass my initial book-writing target, what is my new set of goals?

I do have a modest pair of targets I’d like to hit:

1. Become the top garden writer in the world

2. Have the top gardening blog in the world

Just give me a few more years and Lord willing, I’ll hit ’em.

Doing a daily site was hard at first, but not impossible. The more I wrote, the more ideas I generated.

What I really needed was a few goals to get me started – and I needed to make myself actually follow through.

My style of creativity tends much more towards sprinting than plodding. Yet it takes sustained and focused effort to reach the goal of posting daily, let alone writing a book (or four).

In the past I would spend a few months doing almost nothing but painting and trying to get my art in shows… or I’d work for months to record an album, then move on to something else after launching it and never have it take off because it didn’t have any marketing behind it.

To succeed, I first needed to focus on my primary skills: writing and teaching. Then I had to take those skills and work them into a daily routine.

If I only posted occasionally, most of you wouldn’t be here reading me today.

I had to overcome my “THIS WILL BE THE GREATEST THING EVER” enthusiasm that tended to morph a few weeks later into “NO WAIT NOW I HAVE AN EVEN BETTER NEW BEST THING EVER!!!”

Consistency, hard work, writing every day. That was it. I’m not any kind of genius with this stuff. I just keep writing, keep pushing forwards every day and keep answering gardening questions. Because of that, I’ve been on a range of podcasts, gotten to work with everyone from Paul Wheaton to Marjory Wildcraft, plus been in some great magazines like Mother Earth News: And, as of this month, Backwood Home Magazine: I worked really hard to succeed, but you’ve made me the garden writing success I am today. Without an audience, what’s a writer worth?

You saw my gardening ideas, enthusiasm and consistency and decided to tag along for the ride.

I remember getting my first comments on the blog and thinking “hey, I have friends out here!”

Now I have a lot of friends and keep meeting more. Regular reader Derek The Grower left a nice comment yesterday:

“With the encouragement of many including David here I’m starting to actually reap harvests! Instead of the few peppers I was getting off potted plants I just yesterday dug up my first sweet potatoes bed. An estimated 15+ lbs of taters from a 3’×3′ bed! Probably still wasn’t even a great yield but I’m totally excited about it! Shows the potential there is in real sight. Thanks David I only tried sweet potatoes because of you! There are even two more beds more than twice that large to dig! I’m all excited to get in there and see what beholds. Also harvested a half bucket of unshelled pigeon pea pods yesterday with more than twice as many still growing! Its a great thing to feel seeing your work at its end. David your the man! Thanks for the site and all the encouragement! I’ve only come this far partly due to you!”

It doesn’t get any better than this – I’m honored.

If you have a goal, take it in pieces. Conquer pieces every day. Push, push, push. Don’t quit.

There were times I was totally overwhelmed with other work and personal struggles and wanted to quit this site.

I didn’t and am very glad I didn’t.

What do you want to be? What would you like to accomplish? Take steps every day and you’ll make progress. Some of my early posts were terrible – but I still posted. And kept posting.

And I will keep posting, because I have a long way to go to reach my lofty goals.

If you want to learn focus and start getting things done, the book Gorilla Mindset by Mike Cernovich is a good place to start. I don’t buy into everything he recommends (he’d probably beat me up if I said I did) but I greatly respect the man’s accomplishments. Reading his book is like having a mentor that kicks you in the tail and takes no prisoners.

Bob Hansler could use prayers and support right...

A Compost Everything Testimonial

[…] post How I Found Blogging Success appeared first on The Survival […]

Thanks for the great writing.

There are 8 fruit trees that I’ve planted on my property recently as a result of this blog and the inspiration that comes from it.

I also blame you for the Meadow Creature broadfork sitting in my garage. It’s already prepped my first ever garden bed for sweet potatoes come spring.

(Suggestion for future article: can you post some links to nurseries or online stores that you’ve used before that offer some of the plants in your Survival Plant Profiles)

Thank you, Jesse. May those fruit trees bring you great harvests.

Nurseries/online stores post is a good idea. I’ll chew on that.

Very honored to be in your post sir! I’ll be here waiting to read that next post everyday.

You got me just tossing seeds all over this yard…whatever grows, grows and if not who knows?

Nice to see a young person with sensible goals. I enjoy you writing even the parts that ” I have already been there, done that” stuff. You are helping to empower and guide a new generation of homesteaders. I wish you the best.

Thank you – that’s very kind. I figure that if I can do it, just about anyone can do it. If I save someone else some hard work and missteps, I’m content.

You are kind, genuine and approachable! (We are the family that drove 2 hours to meet you at the Gainesville Farmer’s Market last year while we were in FL on vacation) Thank you for sharing how you became an “overnight” success!

I really enjoyed this Dave. proud of you.

Thank you. It’s been a long hike, but I’m really enjoying the view at this point. 🙂