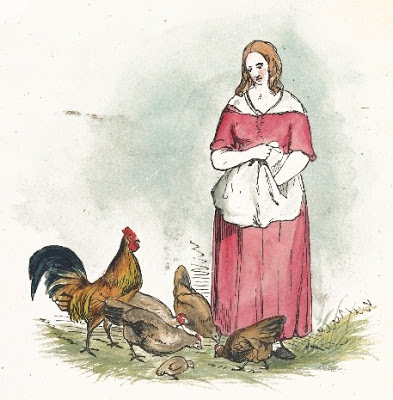 The push for urban chickens continues both legally and illegally:

Many of us are dealing with boneheaded government officials and clueless neighbors, like usual, so nothing is easy. Like the Helvenston’s garden and other notable stories, home food production is often countered by The Powers That Be… and petty tyrants who desperately long for everyone to have perfectly manicured deserts – I mean lawns – instead of anything that smacks of dirty, yucky agriculture.

I used to keep bees illegally inside Smyrna, TN (may the city perish in fire and brimstone) despite their idiotic codes. We also had a humanure system and a hidden compost bin. Most neighbors would see our luxuriant garden and compliment us as they walked past… but the folks at code enforcement weren’t so accommodating.

Anyone have some good illegal chicken stories to share?

A chicken tractor design with rotating garden beds
Chicks In the Bathtub!
Gardening in Virginia Shade, Chicken Coop Water Catchment and Lots More!
Chickens in the Wild
Bad Roosters Get the Ax

Can you eat silverthorn berries – and do they taste good?

My letter to the editor on Aminopyralids at Mother Earth News

Put Your Chickens To Work With a Simple...

Extreme Free-ranging Chickens: No Coop, No Fence, No...

Here in Lakeland, Florida the ordinance states it's OK to own hens so long as they are 50 feet away from your neighbor. Initially we built our coop in the back corner of our yard. There was a privacy fence and we weren't expecting any problems with the neighbors – especially since we had just 4 hens (pefectly healthy, great egg laying hens). However, wasn't long before the neighbor told us our hens were giving his dog worms. Yeah, he was that kind of neighbor (past tense, thankfully). Since we live on a corner lot, we in turn built a much bigger coop on the opposite side of the yard and increased our flock to 8 beautiful red stars. Funny thing is, we have 4 dogs – and not one of them has ever had worms. 🙂 On a side note, roosters are forbidden, but I would love to start each day out with the crowing of a rooster.

Sorry this isn't an "illegal chicken story" . . . but it does reflect on people's ignorance towards backyard chickens.

Eli… what a story. Worms? My goodness. Glad you didn't have to get rid of the birds.

Having roosters has been a mixed bag for us. I do like the crowing and having fertile eggs we can hatch. I also enjoy seeing how protective they are of the hens. On the other hand, we've also had a few mean ones that went into attack mode (and later into the soup).

(BTW, Lakeland is a cool town – I love the murals. We used to live up the road from there in Frostproof.)

My chickens knocked over the local 7-11 and before the cops could show up they had torn into every single bag of Doritos and made off with half the Krispy Kreme donuts.

The eggs this week have not been the best quality.