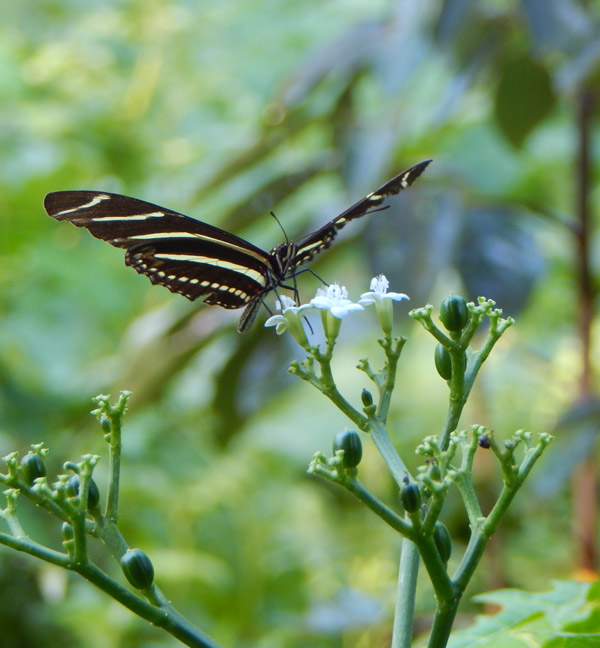 On our property, we had to deal with native scrub. So we had a rule to remove large, native trees, within 30 metres of our house. Because that’s how tall some of the native trees could grow. We had little seedlings coming up all the time though, which we used as nursery trees, for the edible trees we were establishing. So long as they didn’t get beyond 10-12 metres high, they could stay. Higher, and they were removed, and used as mulch, or building small retaining walls on our slope.

I have a brick house, with a 1.8 metre verandah, so we can see if any termites attempt to gain access to the house. But we haven’t really had a problem with them, coming to our mulched gardens near the house. Since they prefer to build nests where the greatest wood supply is. So if you keep patches of your native areas (where it’s safe to do so) you’ll find the termites hang out there. Why would they want to come visit your thinly spread mulch, when they’ve got enormous trees to disembowel?

Another trick I like to use in relation to controlling termites, is not to disturb ant colonies on your property. Ants are termites, natural predators. I only poisoned ant nests, when they were meat ants, that bit, and their nests were built near our cars, or walkways. But we left the smaller ant colonies, around the house alone. The reason most people have problems with termites in their house, is because they don’t want ant nests near their house either. We only poison the dangerous big one’s around the house, but let the little guys, defend us against termites.

The big meat ants, have nests elsewhere on the property, and we leave them alone. It’s only when they become a stinging issue, around the house, we move them on. So befriend your ant colonies, and they’ll work to keep your termite colonies under control. You won’t see termites move into areas, with regularly used ant highways. The ants come to the house, to clean up the dead insects attracted to your inside lights at night. Or they’ll come to your rubbish bins for food. Don’t fear the ants. They are your friends in termite country.

Which is another reason to keep your native foliage, until you can transition some areas to an edible food forest. It attracts insects which ants predate on. They are an important species to maintain ecological balance.”

I agree. Ants may seem to be pests sometimes… and trees may seem to be worthless… but when you take out pieces of an existing ecosystem you often have unexpected consequences.

Habitat is important. Instead of reducing the number of species as many homeowners do, a gardener would be wise to increase the mix of species on his homestead.

The Indigo Bunting – another mystery bird

Some entomologists consider Australia to be the land of the ants. So far they have identified about 1300 species. I grew up in the Victorian bush and I remember how aggressive Meat ants were. One of my friends almost lost his big toe from a Bull ant bite.

True Gary, meat ants are aggressive, but I’ve noted, only near their nests. They walk all around our house scouting for food, and won’t bite. They prefer to walk over our feet, or around them, but if they think they’re in danger, they will latch on and bite. Which stings like crazy!

I used to leave them be. Sometimes, whilst hiking in the bush, I would find their sand pit nests dug over by some animal. I never saw what it was but I suspect either Echidnas feeding or Kangaroos trying to rid themselves of mites.

Thanks for raising this as an important issue, when it comes to gardening landscapes. I agree, mixing natural habitat in, with out edible gardens, makes for less work. Removing species, only allows for another to get out of control. We cannot ignore it either, because that new dominant species, always wants more of the space we’ve set aside for ourselves. One battle, after another, after another. When if we just learn to integrate, the populations tend to balance each other out. Which translates into, less work for us defending our space.

Great article, I never thought about it. Usually, people consider both ants and termites as pests and try to get rid of it completely. Maintaining ants is a nice idea, however, I think, this should be done only after some research. Either way, you’ll mess up the whole idea and ruin your garden eventually.