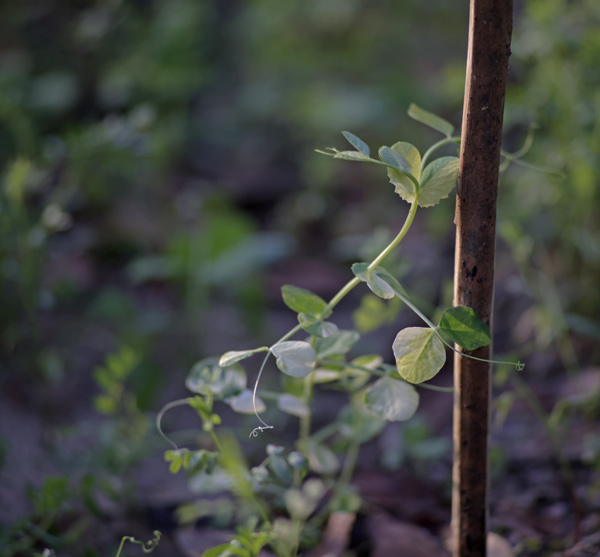 Last year I planted some hybrid pok choi and they did poorly, bolting rapidly and being generally worthless.

Some of them went to seed before I tilled the area to make way for a pumpkin patch.

The pumpkins grew through summer, and then in the fall I tilled again and put in my row gardens.

Then, lo and behold, some pok choi seedlings showed up in the rows.

Curious, I let them grow. Most of them were small, but one plant was a real monster. 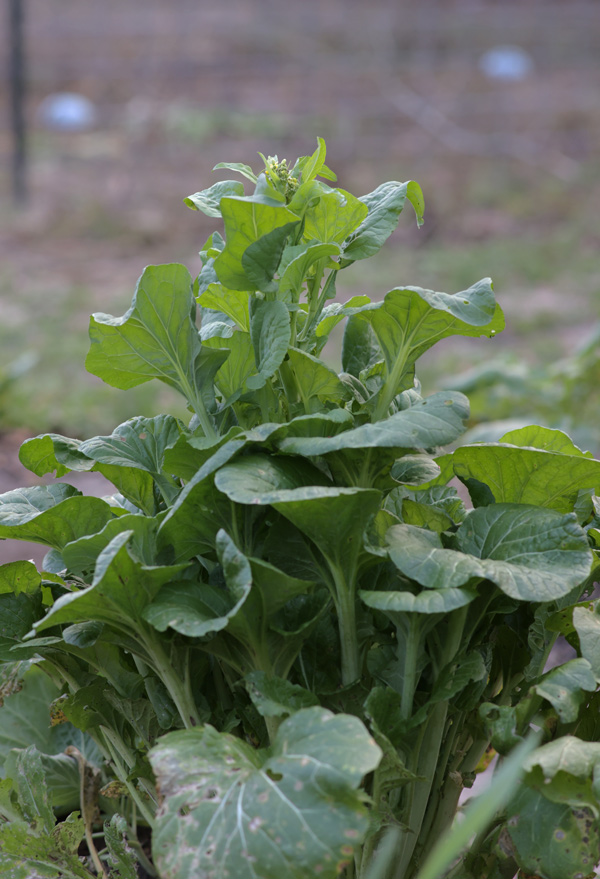 Unlike the previous pok choi, this one did not bolt quickly and made some very large leaves.

My guess is that there is some genetic component to this. It’s going to seed now and I will save the seeds and re-plant them. Perhaps we’ll get a Lofthouse-style landrace.

Speaking of weird genetics, a variegated English pea plant showed up in the garden:

The leaves are yellow, white and green and quite attractive. Unfortunately, variegation seems to be a chimeric trait that isn’t passed on through seed. Since I doubt it would be worth attempting to vegetatively propagate English peas, when this plant is done, the variegation will be done as well.

I’ll save seeds anyhow, though. Just in case.

Humus Is What We Need

Variegated pea, I think you could stabilize the trait. Give it a shot, hope it works out.