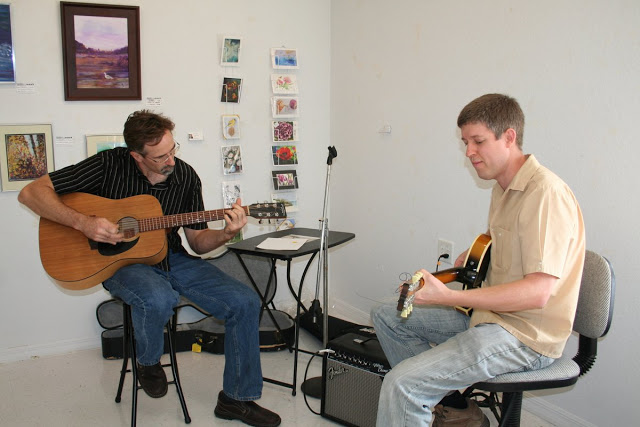 Not only did rycamor and I play at the mural dedication at Gallery East in Belleview today… we also became honorary members of the Marion County Audubon Society (thanks, Judy!).

And, double-plus good, our new friend Captain Erika took pictures of the gig and was kind enough to send a few my way. One final bit of awesomeness: before the gig, I discovered a huge Dioscorea alata yam in the woods near rycamor’s place. The two of us dug it out (with much effort, since it was in clay). It was likely 10lbs or so. I’ll post pictures and share more on that species later this week.

Playing at the Audubon Society mural dedication
A Hummingbird Nest
Ani Birds Plus Strange and New Species
Bird Feeders and Bee Houses
Haven't Lyrebirds heard of NO TILL???

Always nice to get together for a little yam session.