A New Way to Preserve Tomatoes? 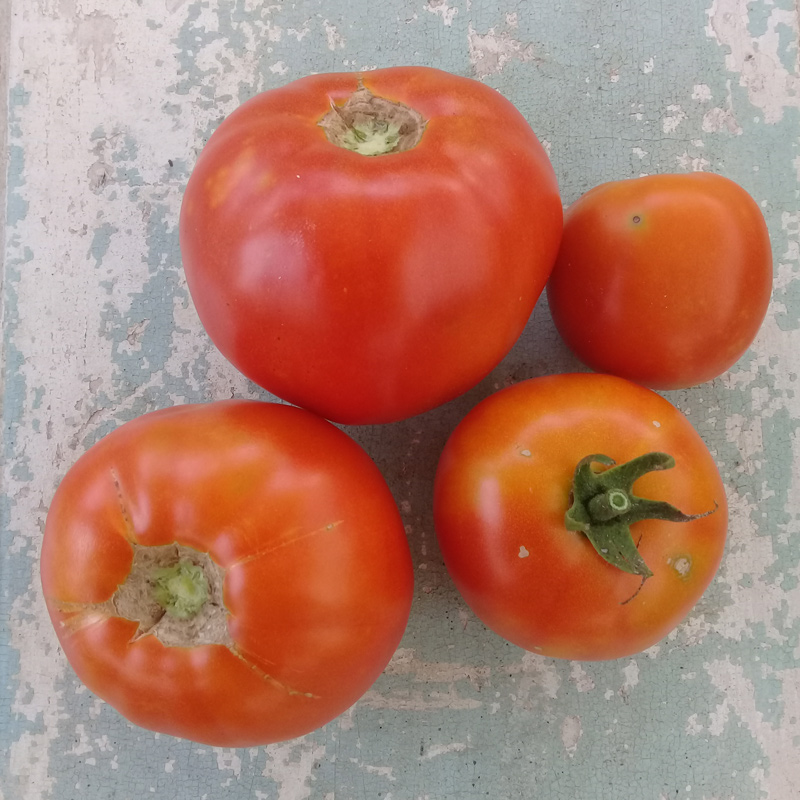 This report from Burundi may be useful:

“Vital Nduwimana hated how many tomatoes he lost every season. For years, his tomatoes started rotting just three or four days after harvest. He felt frustrated.

Mr. Nduwimana explains: “I was not able to sell all my tomatoes; I lost almost half of my production. Worse still, I would sell at a low price in the market. So in 2015, I thought that maybe I should find a tomato conservation technique.”

In eastern Burundi, tomatoes are abundant during the harvest months of August and September. But growers find it difficult to keep tomatoes for later sale, which leads to a large number of tomatoes rotting.

Mr. Nduwimana tried several techniques to solve his problem. He tried storing his tomatoes in water, in clay, underground, in cartons, and even in sand. He tried everything that came to his mind—but without success.

He decided to try keeping his tomatoes in ash and found that this was more effective than any of the other techniques he had tried.

He uses ash from a chimney, and sifts it three or four times to remove large residues, debris, and other foreign materials. Then, he dumps the ash into a paper carton and places the tomatoes in the carton. With this technique, Mr. Nduwimana manages to safely store his tomatoes for many months.

He explains: “I keep my tomatoes in the ash for a period of five to six months, so I can sell them in December, January, or February when the price has risen—since tomatoes are rare and become expensive during this period.“

Jean Nivyabandi is an agronomist. He says using ash has no negative effect on the tomatoes, which can be consumed safely. He explains, “There is no risk of tomato toxicity after storage in ash.”

I would imagine you’d need to pick the tomatoes a little early in order to keep them this way, but it’s hard to say. Worth trying.

Keeping roots and fruits in a tropical climate is always a challenge, but there is some history of using alkalinity to preserve food. As one example, we are getting ready to use pickling lime to nixtamalize some of the Hickory King corn we shucked off the cobs last night. Another example is how we coat cut yam pieces in ashes before planting to preserve them from fungi and rot.

What is Wrong with these Tomato Plants?
Godfather Tomato Plants
How to Save Tomato Seeds with the Fermentation Method
3 Ways to Start Tomatoes from Cuttings
HELP! Stink Bugs Ruined My Tomatoes!

How to Save Tomato Seeds with the Fermentation...

Can you make a video of the nixtamalization? I’ve wondered about how it works…

That’s very interesting. I’ve been researching ways to preserve produce and I find fermenting and pickling fascinating. We’ve canned a lot of things already but I wanted to know the other ways our ancestors preserved food. Something happens when you begin to eat foods fresh or preserved these ways, your body craves them. The processed foods you used to eat will mess you up after it’s been a while since you ate that stuff. I saw a meme yesterday that read: “We’ve been eating junk for so long that when you eat foods that are healthy for you, people say you’re dieting”. Food for thought.