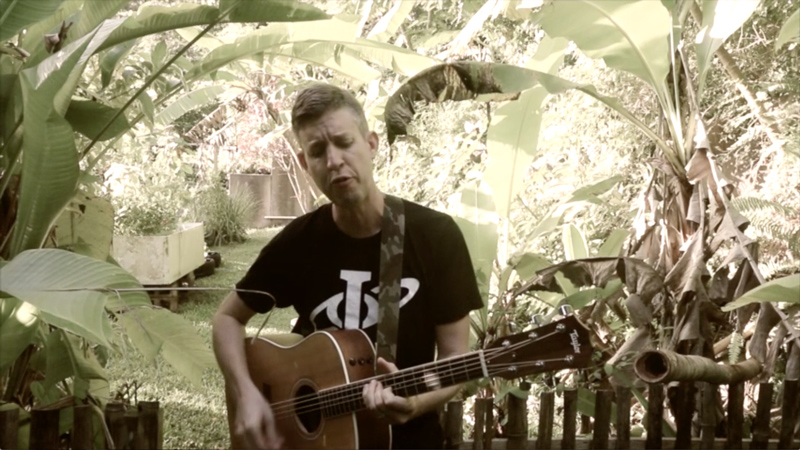 Though I haven’t done as much gardening as I’d like, we’re still doing well this year.

First, here’s a look at the small gardens next to our house:

And the gardens next to where the bull ate my pigeon peas, just a little downhill from the rest of the yard:

I’ll take you down to the gardens down the hill soon – I’m about to do a big clean-up down there and beat back the jungle so the pumpkins can run.

Now for a funny story about that Taylor guitar.

I bought it in the US and found out that a guitar could be taken on a plane as carry-on, thanks to a special deal the TSA made with the American Federation of Musicians.

It’s not safe to stow a guitar in the baggage area. Pressure changes and battering about can wreck a fine instrument, so it’s good we can carry them on a plane legally.

Unfortunately, not all passengers are cool about it.

When I got on the plane with my guitar, I carefully packed it in the overhead bin.

Then a sour, middle-aged black guy sitting in my row decided to make a stink about it.

“Your guitar is takin’ up most of the space in this bin!”

“Sorry. What can I do?” I said, meaning there was really nothing I could do about it. There was also plenty of space in neighboring bins (and around my guitar, actually).

“Yeah, what can you do,” he said, exasperated that he had to move 12″ farther and use the edge of the next overhead compartment.

Once we were seated, I turned to him, hoping to break his icy contempt of all things guitar.

Then he snapped “I FAIL TO SEE THAT HUMOR IN THIS SITUATION!”

At that point, I realized the guy was a bound and determined to be sour, so I decided to continue and explain the joke like I was speaking to a small child.

“Well, see, it’s funny because a piano wouldn’t fit in the overhead bins.”

He just sat there in stony silence.

Ah well. Some people just can’t have any fun.

By the end of the flight he’d chilled out, though, and actually cracked a smile once. His granddaughter was sitting between us and I let her borrow my headphones so she could watch the in-flight movie, encouraged her in her drawing skills, plus helped her stow her backpack and get set for landing.

Just because her grandpa was a curmudgeon didn’t mean I was going to act the same.

That’s because I’m a good, good person who brags about how good he is on his good, good blog.

Have a great day, folks – sorry for the late post.

BACK ON THE YAM TRAIN

The Easiest Way to Prepare and Plant a...

Some people just don’t get the whole “don’t sweat the small stuff” idea. And living here in “God’s Waiting Room” has shown me that wisdom doesn’t always come with age. Kudos to you for helping out the granddaughter.