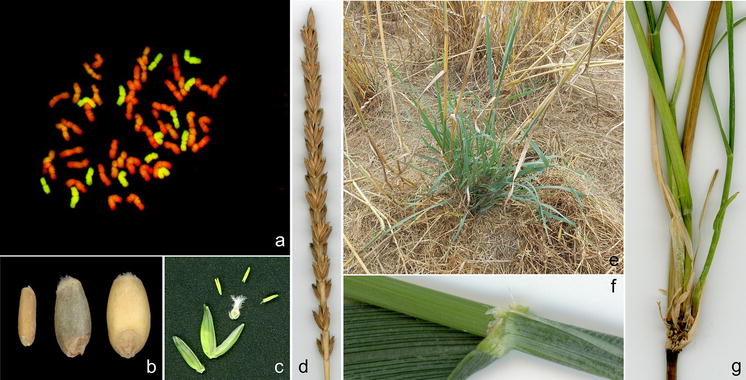 Perennial wheat has long been a dream achievement for plant breeders. Now it seems the code has been cracked:

“With a hybrid crop called Salish Blue, scientists at Washington State University have combined wheat and wheatgrass in a new species with the potential to help Pacific Northwest farmers and the environment.

Salish Blue is just one variety of a new perennial grain species, ×Tritipyrum aaseae. It’s the first new species to be named by wheat breeders at WSU in 122 years of breeding.

For the past century, breeders around the world have been trying to develop a perennial grain crop from wheat and its wild relatives. Development of Salish Blue caps 21 years of work by WSU scientists to stabilize bread wheat-wheatgrass hybrids through classical plant breeding without using gene modification.

‘It’s incredibly difficult to get what qualities you want, and hold on to them over generations, while not bringing along other things that aren’t desirable,’ said Jones.”

Note that this was done through traditional plant breeding and Salish Blue isn’t a GMO. Its ability to regrow after setting seed separates it from annual wheat:

“Plants are intermediate in morphology in most ways between the wheat and wheatgrass parents. The defining characteristics are the ability to initiate post-sexual cycle regrowth, lax heads, coarse leaves and stability at 56 chromosomes, 42 derived from T. aestivum and 14 from Th. ponticum.”

Imagine growing wheat without having to till the ground every season and re-seed. Less seed cost, less soil disruption.

When perennial corn arrives, sign me up as a beta tester.

Perennial wheat is so cool!

Actually, I’m incredibly fascinated with any perennial staple crop. I think it’s incredibly important to develop crops where we don’t have to till the earth.

Yes, I agree – I love the idea. That’s one of the reasons I’m in love with tree crops.

You may be right.

How do I get seeds?

I’m interested in growing this , where do I buy seed?