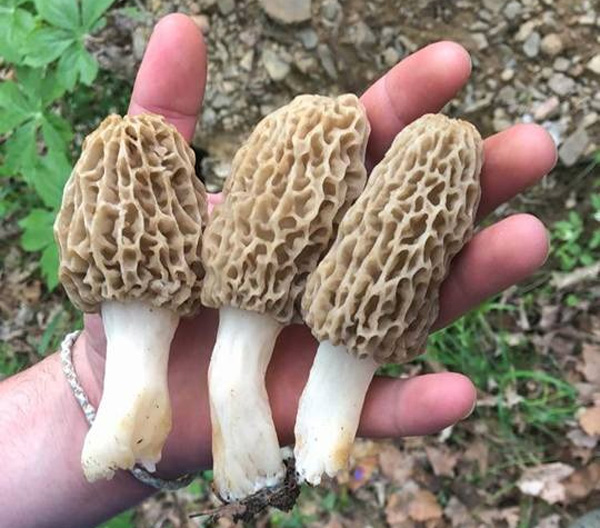 More craziness in the news:

“On May 11, a man named John Garrison posted a public photo on Facebook showing morel mushrooms he had gathered while foraging with his girlfriend Hope Deery, and wrote of his plans to “sautee them with brown sugar and cinnamon and see how that turns out.

Garrison went on to claim that his original Facebook post about morel mushrooms, which are a legal and sought-after delicacy, led to a visit to his home hours later from law enforcement apparently investigating possible use of psychedelic mushrooms commonly referred to as “magic mushrooms.”

Photography is Not a Crime reported that police appeared at his house less than 24 hours later, questioning Garrison and Deery about why they were “eating mushrooms and posting about it online.”

I’ve done a decent bit of mushroom foraging in the past, plus written a post on the best mushroom foraging books. This sort of law enforcement overreach makes me think I may have been lucky in not receiving any attention. I’ve never been interested in psychedelic mushrooms, though when I’ve written or talked about mushrooms I almost always get the “MAGIC mushrooms?” line from people.

I don’t know if John Garrison had perhaps posted other material that made him a suspect, as many mushroom enthusiasts (such as Paul Stamets) are also open about their interest in Psilocybin types, as even a a quick google search would reveal he was harvesting a very popular gourmet mushroom from the wild and not a type that would cause hallucinations and a new appreciation for the Grateful Dead.

Also, #DeleteFacebook! I did, and I had over a thousand followers and was active in multiple gardening forums.

Police over-reach. America is well on the way to a police state, helped by the corrupt and criminal deep state/administrative state. Our drug laws are INSANE. Want to take away funding from terrorists and criminal gangs (including the criminal gangs that part of our government)? Legalize drugs; legalize freedom. Don’t try to reform the administrative state; instead, abolish it.

PINAC is active in public photography, which is a 1st amendment right. Watch some of the many “1st amendment audits” on YouTube to see how our rights are not respected, and how many government minions think they can make up laws and treat us like slaves.

Facebook is a plague. The question here is…was it one of his overzealous “friends” or was the state filtering all social media posts for keywords and homes in on him. Either way it’s ridiculous and dangerous for the govt to overstep the way it is.

I’d like to be all outraged about police overreach, but what really ticks me off is that law enforcement can’t be bothered to learn the difference between a morel and a psilocybin mushroom (or the difference between hemp and okra, etc). It’s not like they look similar. It doesn’t speak well for their hiring practices.

Yes, you could say it’s a serious “morel failure.”

There are good cops…im willing to bet the majority of them are. That said, there are a lot of people who go into law enforcement because they have an axe to grind. From my experience as an LEO…the officers that look like they barely passed the academy, or the ones that look like they they didn’t enjoy their high school or college days…those are the ones that have something to prove. Of course there are exceotions.

Instagram is part of Facebook, so I simply decided to be consistent and kill it as well. If a good alternative appears, I’ll use it.

And thanks – Jack Broccoli needs reviews on Amazon, so if you get a chance to post one I’d appreciate it.

Ok, I posted one!