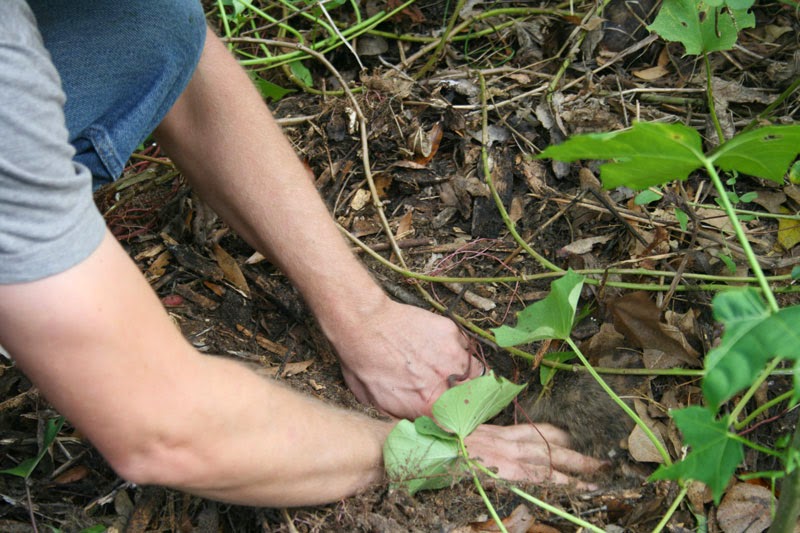 I was given some potato mint earlier this year by my friend Josh at H.E.A.R.T. (If you haven’t seen it, you should see the tour video I filmed there a couple of years ago).

Not a lot of tubers there; however, the plant was only in the ground for half the year. It also seemed to set more tubers right in the garden path along its runners than it did at the base of the mint itself.

The leaves don’t have much of a mint smell but are apparently edible. It’s also totally NOT frost-tolerant, as you can see by the wilted mess in the video. That was caused by a night near freezing, not even below!

I may have gotten the Latin name wrong in the video. My type is probably rotundifolius.

Not sure. Really neat plant, though.

I love these guys! I have grown these guys for the past two years. Tubers are great! Very much like a real potato.

they are very cool plants. I sell tons of them on Craigslist every year. As far as I can tell the other variety isn’t available here in the United States and I’ve looked really hard and far for them.
We all have the rotundifolius.
The rotundifolius(Chinese potatoes) the other one is the actual true mint potato.
rotundifolius are much more day length sensitive for tuber production and have a dormancy Much like yams do.they also do not flower, while the other species supposedly does send up the purple flower spikes.

Hello, do you still sell some?
Thanks!