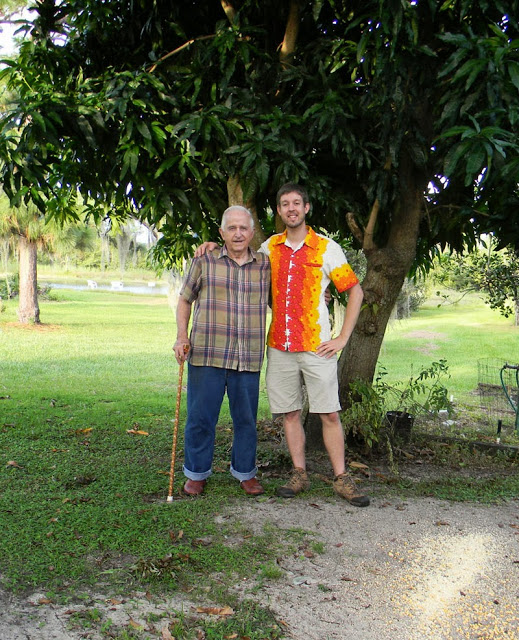 Ralph is one of my heroes… I love the guy and I think it’s worth ending my round of reprints by re-posting this tribute to a good and godly man. This post was originally published on October 3rd, 2013. Some years ago we went through a bad patch financially. I had started my first business a year before. It did magnificently for about 13 months… then I lost two out of three clients within a few weeks of each other.

At that point we were renting a house down in South Florida and the housing boom was still in full swing. Our rent for an 800 square foot home with a 1/10 acre yard in a working class neighborhood was $1250 per month.

That hurt. I know it’s not New York or California prices, but I’m the sole breadwinner with a few mouths to feed.

Facing a major hit to our cash flow, we had two classic choices: increase our income or reduce our expenses. Since well-paying clients are few and far between, and it was the holiday season, meaning nailing people down was next to impossible, we decided for the latter.

My Aunt Jeanette managed properties for a little mobile home community in the nowhere town of Frostproof. We called her about renting a place and found that a 1500 square foot house was available for half our current rent.

A major bonus of this move was that I got to know Grandpa Ralph. He’s my Uncle Steve’s father, making us tenuously related through marriage. Ralph is a retired missionary who grew up in a farming family in Southern California, then spent much of his adult life overseas in the jungle of Ecuador.

I spent a lot of hours visiting him in his tropical backyard gardens. His place was two houses down and across the street from ours, so it was easy to slip off in the middle of the day and chat about citrus, wild Indian tribes or the subtle and not-so-subtle differences between church denominations.

Ralph also built a food forest which I enjoyed before I even knew what a “food forest” was.

In his small backyard, he grouped together at least a dozen citrus trees along with papaya, cassava, guava, avocados and even a mango tree. You can see the mango tree in the photo behind us. Those are not supposed to grow in Frostproof, which, despite its name, is not at all frost-free. Bonus: he grew that mango tree from a seed he got from my biological grandpa’s tree down in Fort Lauderdale.

I got to visit Ralph during our recent trip after not seeing him for about five years. Unfortunately, he’s lost a lot of trees thanks to frosts and the fact that he’s no longer to work the ground much anymore. The forest forest is down to just the group of citrus trees… and they’re not looking so hot. The mango is doing okay but never bears fruit… and he lost his mature avocado trees to laurel wilt or something similar.

I remember asking him once why his plants looked so amazingly green and healthy.

“MiracleGro,” he told me. “You just mix it up and spray the leaves. You don’t even put it on the roots or in the ground. Just on the leaves! And then they turn green.”

Then he winked at me. “Maybe THAT’S the miracle!”

Even though Ralph’s gardens aren’t the wild profusion they used to be, he has a legacy. His children follow God… he’s been married to the same wonderful woman for 66 years… and he’s always glad to spend time with a friend discussing things that matter more than plants, frosts or magic fertilizers.

I miss being neighbors with him. At a point where I was broke and stressed, his yard was my escape from deadlines and bills.

Getting Closer to Home

A Taste of Heaven

Ralph is the kind of people that make the world a little sweeter.

Thanks for reposting. I've just recently come across your blog, and really appreciate the time and effort you put into it. We live in central FL, and have property over in Brevard county. We also spent about 10 years living in Miami (Cutler Ridge).

As to Ralph, he's the kind of person that makes you realize God has a chosen path for each of us. We can only imagine how many lives he's changed, and by changing their lives, Ralph has changed the world!