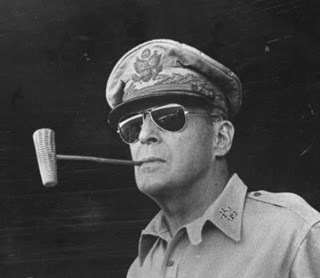 If you aren’t good at rolling cigars, you can always make pipe tobacco.

I know, I keep harping on it… but if you don’t see tobacco as important to survival, I feel for you.

During the worst days of the crash, when I was unemployed, watching friend after friend go broke and seeing folks lose their homes right and left… a good cigar was one of the few simple pleasures that made things better (at least for 45 minutes or so.)

That’s not to say I was rolling cigars personally.

Unfortunately, I’ve yet to master that skill – but this video has given me some hope that I will one day:

The packing of the interior seems to be where my attempts always fall short. I’ve noticed that the elasticity of the tobacco leaf on the interior wrapper also presents problems, though I’ve been working on hydrating it better and my last couple of attempts did quite a bit better.

Sometimes it’s “try, try again,” especially when you don’t have a teacher locally.

If you don’t think you can manage to roll cigars, you might try making your own pipe tobacco or even grinding snuff with a coffee grinder. That works really well and ladies totally dig the snorting and sneezing associated with this arcane pleasure.

If all else fails, it’s pretty easy to roll a cigarette, too, but I don’t go in for those. It just doesn’t pack the “awesome” that a cigar does.

Trust me, though: if things get uglier economically, tobacco is going to be a highly desirable commodity, no matter how it’s processed or consumed.

Learn to grow it.  Then pray you can find a Cuban friend to roll it for you… because rolling cigars isn’t for beginners.

An illegal garden? An Interview With Sean Law

I've never been a tobacco smoker. A friend recently shared one of his cigars with me and i liked puffing it and having neighborly conversation in an unhurried way. This past summer I grew some tobacco plants and now am in the middle of the fermenting/aging process of a small sample of the harvest. I see it as a stress reliever along with a glass of wine at the end of the day as the woman and I share our thoughts from the days events. Mine is intended for the pipe. I wonder if my wife will smoke with me?

My wife smoked with occasionally in the past, which was nice… until the day she tried one of my dark maduros and flipped her stomach inside out. That was the end of that.

I chewed some Skoal when I was a teenager and it made me sick. Sure smelled good, though. Peppermint.

When I was in elementary school the Laredo cigarette making machine came out. I saw it on television commercials and started thinking that I could start a business making cigarettes and supply all the adult smokers in the neighborhood. I was going to make big money! (Better than weaving pot holders on one of those little potholder looms they used to sell.) But my parents didn't think it was a good idea.

I've never been a smoker. Nicotine is used as an insecticide. Breathing that in just doesn't seem like a good idea to me. But I may be missing something. I do admire your initiative. If you really want to roll cigars like a Cuban pro, just stick with it. Sooner or later it'll happen for you.

Heh. I have a great story about my brother, a friend, a construction site and chewing tobacco…

"Nicotine is used as an insecticide."

Yes! That's why I'm convinced it gets rid of the bugs in your system as well. 🙂

Looks like the artisan is using 2 different grades of tobacco for the interior- the pile in front of him (off-camera) for the initial bundle, then scraps from that, then from the pile stage left? Also looks like he's aligning the interior bundle's leaf veins longwise, and the outside wrap on the diagonal? Interesting art form-

Good observation. This is an interesting part of cigar making. They'll often have a wrapper that's one particular type, another for the filler, and sometimes yet another for the binder. Combining the flavors properly is part of the art. A good middle flavor for the interior with a spicy or rich-flavored wrapped is common.

get over to Ybor city.I believe they still roll cigars on a small scale.

You know, that's a good idea. I went there a few years ago for my anniversary (and also hit the Dali museum in St. Pete – awesome) but didn't see anyone rolling the day we were there. I definitely need to go again.

Wow… what a piece of history.

Flavored tobacco isn't something I've figured out yet, though I have put it in a homemade smoker and given it a nice, rich latakia flavor.