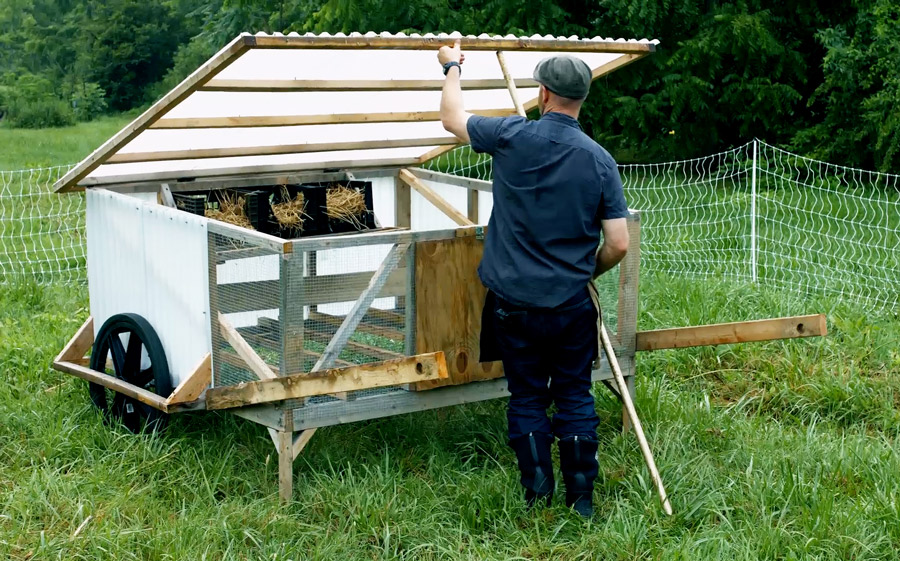 “Here’s my version of Justin Rhodes chickshaw. Still waiting on the wheels coming in from Northern Tool. Probably on back order because of Justin’s blueprints. Came out way heavier than his because I used materials from around the house where I could on this project. Next step, set up electric fencing and bring in the chickens. Fun project and I can’t wait to put it to work.”
The chickshaw looks great – check it out: He sent me that photo earlier this week, along with this one: Justin’s design is a nice one but The Scrubland Avenger really classed it up by adding camouflage.

If he sends pics of the chicksaw completed, I’ll post ’em here.

This would have helped a lot back when I was keeping chickens on my homestead back in Florida. I don’t feel like building anything here yet since we already have a coop and I lack the needed powertools, but these chickshaws are really a great solution to predators and rotation.

As for right now, I’m randomly chasing roosters through the jungle:

By the way, I’m currently working on a Survival Gardener’s Guide booklet covering the various ways I’ve raised chickens. I hope to offer it soon on Amazon, so stay tuned.

Put Your Chickens To Work With a Simple...