Home Sheep If Your Sheep Die from Worms, You Have the Wrong Sheep
Sheep

If Your Sheep Die from Worms, You Have the Wrong Sheep 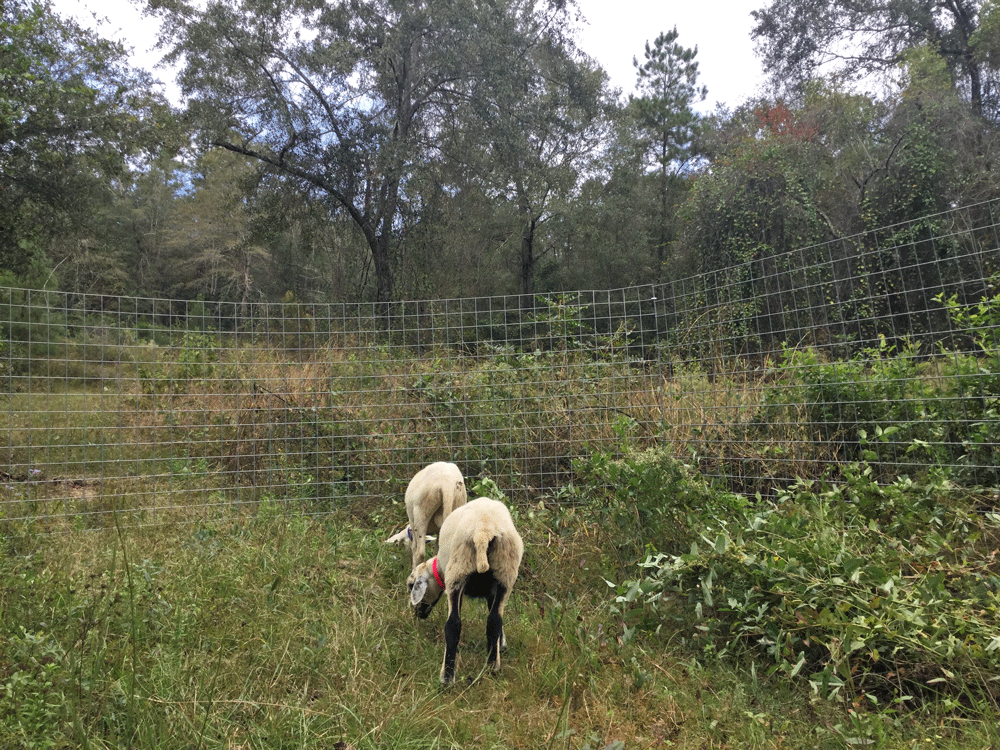 Tilhana comments on my visit to a farm with predator-resistant chickens:

This also reminds me of Greg Judy’s approach to raising sheep. In this case, he’s been breeding them for resistance to worms. For some reason, domesticated sheep, as you may have realized, seem to be incredibly sensitive to the worms that live in the soil and crawl up the grass in the morning – something about the morning dew that draws them up. From what I’ve heard, most people who raise sheep have to deworm them regularly for their entire lives (like once a week, maybe even daily, depending on whether you use the harsh chemical dewormer or the organic herbal one).

That is insane! How did we get to the point where we’ve bred an animal that lives entirely on grass but can’t survive endemic parasites that live on grass without being continuously treated with chemicals?

Well apparently Greg Judy had the same thought, and he’s been raising hardier sheep for years by point blank refusing to deworm them at all. I don’t know if he had to taper off to get to that point, but he may have the only flock in America that can live on grass without ever needing deworming treatments. Well, him and all the people who have bought sheep from him, which must be a lot because last I heard his waiting list was about a year long.

Yet another instance of the principle: if your animals are dying, you’re raising defective animals.

We had a pair of sheep for about a month. The female died on us, after getting pneumonia and being treated twice for worms. We were told that there was no way to raise sheep here without worming them. We also visited a local hair sheep farmer and she told us she had to worm all the time and almost all of her lambs died from parasite issues that spring despite her care. When I asked her husband if their hair sheep operation was economically viable, he told me “absolutely not.”

There’s definitely something wrong with this picture. It reminds me of the issues we had with vine borers on pumpkins. Some pumpkins are really susceptible yet Seminole pumpkins shrug off the damage. So now we grow Seminoles as our main pumpkin.

I looked up Greg Judy and found his farm sheep listing.

Green Pastures Farm St. Croix-sired ewe lambs are raised solely on forage. There is no hoof trimming, no grain, no weaning, no shots or worming and minimal hay. These sheep are broke to hot wire and being moved every 2 days. They are extremely aggressive foragers towards brush, weeds and anything with a thorn on it. They are our primary tool for controlling woody sprouts in the numerous new silvopasture areas that we are developing across the farms. Our sheep even prefer to forage for their food through heavy snow.

I went to his site and bought two of his books – thank you, Tilhana. I am particularly interested in Comeback Farms, as we have terrible soil here and would like to build it.

We currently have two goats but I would love to add a cow as well. Which reminds me, I need to get the goats bred so they actually start making milk.

One piece at a time.

I think we sometimes let our fear of failure or our laziness keep us from success. Fear and laziness go together well.

As the proverb notes:

“The lazy man says, “There is a lion in the road! A fierce lion is in the streets!”

Actively testing and trying and building is the way to go. This year we’re working on breeding better pumpkins, better watermelons, and better corn.

Today we are also getting all the beds weeded and the paths raked so we can seriously start our spring gardening. It’s good to have lots of help. So far, none of the kids have gotten worms and died, so I think our child landrace is developing well.

We got Hair Sheep! Learn More About This Unique Type Of Sheep

The Next Book Project

Mixing Up Old Seeds for an Anarchy Garden

We got Hair Sheep! Learn More About This...

I’ve heard good things about the parasite resistance of Gulf Coast sheep and at least one Caribbean-specific breed, both descended from the ones that Spanish explorers chucked out of their ships to go feral. So they’ve already been through the subtropic selection process.

I agree, though I think those lines are getting inbred. It needs to be re-done.

Thank you for posting this. We have wanted goats for a while but the thought of deworming, death rates, and care has made me put it off. The people in Haiti don’t deworm or give vet care like we do but the goats just fine. Why is everything so expensive here.

We are trained to purchase stuff and not to make do with what we have. The levels of animal cruelty on Haiti are unacceptable here, too.

One of the problems with trying to raise more resistant animals is that you need to start with a fairly large number of animals so you can pick the few that are most resistant to breed the next generation from. Most of us with small places don’t have room for the number of animals required. The only way to accomplish the goal locally would be to get a number of people involved (which would actually be a very good way to do it, if you could get enough committed people). So we really need the Greg Judy’s of the world, who do have room for the large flocks, and can then, eventually, make animals available for sale to the rest of us.

People with small places might be able to accomplish their goals with small stock like poultry and rabbits, though. They would need more than an urban back yard, but an acre or two would be plenty.

But I think it’s also telling that the animals got to the point they’re at to begin with. Hundreds of years ago, ordinary people DID have big herds, descended from animals that have been bred for many generations to be resilient. It’s only in modern times that we’ve become so dependent on chemical crutches that commercial farms have been able to breed aggressively for higher production at the expense of overall health and resilience.

Check out Florida Cracker Sheep (akin to Cracker Cows and Cracker Horses in Florida). They are a landrace wool breed that is incredibly parasite resistant, does well in the heat and humidity, can subsist on what grows naturally in Florida, have good temperament, lamb easily, and have good mothering instincts. They are descendants of sheep that the Spanish brought over in the early days of exploration here. They basically developed their hardiness through running mostly feral or with minimal human care. I’m sure that process was harsh, but the ones that made it through it all developed into tough sheep. We have a small flock, and they’ve been easy keepers so far. We haven’t wormed them, and I really don’t plan to.
https://www.floridacrackersheep.com/

Glad to hear there are other sustainable flocks out there! I may look into these if I decide to eventually get sheep, although they are probably best adapted to the Florida climate.