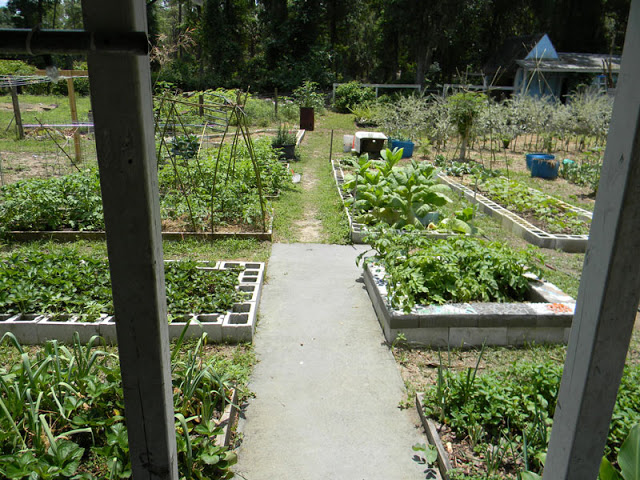 Brad shares some suggestions on my “Small Farm Advice” post:

“I would say plant in tiers. Everybody recommends fruit and nut trees but few think of that coupled with bushes. I tend to think of food in paradigms of Fruit/nut trees, bushes, perennials, and annuals in those four categories. Don’t sell out in any one of them unless your an expert at it. Become an expert in at least one thing if not two but don’t sell out on it. EX look at all the huge apple orchards and that is all they have. Why not plant 10 pecans where your horse cattle graze, chickens around them, then move to another pen when pecans drop. Blueberries, currants, gooseberry, and blackberries where your at. I would get two good varieties of corn, one for dent and grits/scratch for chickens the other for fresh eating and plant on opposite sides of your property. Throw in a couple of bee hives when you generate enough capital. Then I would rotate vegetables in 1/4- 1/2 acre parcels “if I had 6 acres” like my grandfather did. Cover crop for three/four years that way your planing on soil only once very 4-5 years. You wouldn’t believe the yields, quality, etc. vs mass planing and systemic fertilizer. Move a mobile chicken coop after tilling under cover crop 6-12 months before your next 1/4-1/2 acre planting. I find 1/4 acre to 1/2 are far easier to manage or pick by hand, don’t stand out much, are better for fresh market picking, and are easier for pest management. Hope some of the ideas help.”

Good ideas. What I’ve also found is that if you start with a crazy variety of things and try almost everything, you’ll soon start to realize what works and what doesn’t.

We grew raspberries, blackberries, blueberries and strawberries before discovering that mulberries blew all the competition away in productivity and ease of care.

We also discovered that bees, as much as we loved keeping them, were not profitable for us.

And that guinea fowl were incredibly loud and annoying.

You don’t know until you try. So get out there and try!

Easy-To-Grow Aquatic Vegetables for Your Water Garden
Seasoning Cast Iron
Creating a Frankentree Through Grafting
Sprouting Apricot Pits
How Long Does it Take a Jackfruit to Bear Fruit?

My new favorite music video – plus a new T-shirt