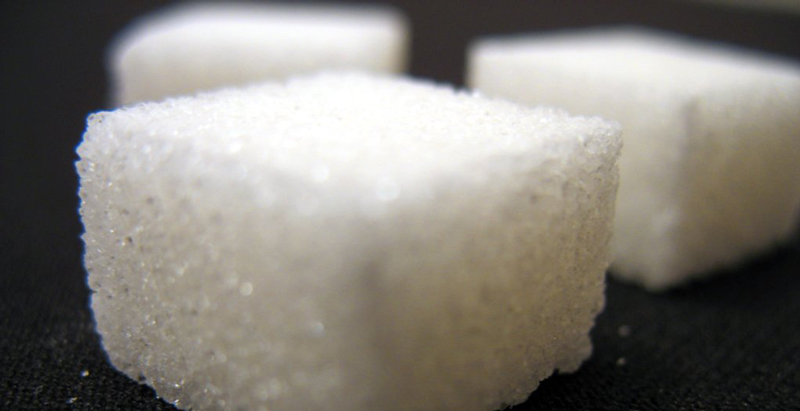 Last week I was helping a friend move and didn’t get my second cup of coffee.

I needed some caffeine because I am addicted.

So I stopped by a shop and bought a Coke. I figured they might be better here since they’re made with cane sugar instead of high-fructose corn syrup.

After I drained the bottle, I read the label on the side. I have found this to be a good practice. If you read the label before you consume a packaged food or beverage product, it may dampen the enjoyment of said product.

The label informed me that I had just consumed 63 grams of sugar.

That’s a lot of sugar. I did a conversion when I got home and discovered 63 grams = just over 1/4 CUP of sugar.

I quit drinking soda back when I was 18 after reading a book on nutrition. I haven’t gone back to it and probably only have 2-5 soft drinks a year. Some years I don’t drink any. I don’t crave them, but when I’m in the states I may get a Mountain Dew with my pair of sauced-up seven layer burritos at Taco Bell. Because America.

Sugar has never been much of a craving for me, which is a blessing. I know many people that can’t seem to give up the soda, the cookies, the candy, the chocolate, the pie, the cake, the fruit yogurt, the ice cream, etc.

And we have some pop science to tell us the reason:

“Sugar could be just as addictive as cocaine, research has suggested.

It has a similar effect on the brain to powerful illegal drugs, scientists warned.

It means sugar can cause cravings, binges and withdrawal symptoms similar to a drug addict going cold turkey, they said.

Cutting it out may lead to depression and even behavioural disorders such as ADHD, the paper published in the British Journal of Sports Medicine revealed.

Experts are increasingly worried about consumption of sugar in Britain, particularly among children.

Average sugar intake is nearly three times the recommended limit, according to Public Health England, and is driving up obesity, tooth decay and heart disease. For the latest study the scientists, from Saint Luke’s Mid-America Heart Institute in Kansas City, assessed all existing research about sugar and addiction.

They concluded that refined sugar and opioid drugs trigger a similar response from the brain’s reward system, both releasing dopamine and other pleasure-inducing chemicals. But as we get used to this feeling we need more to get the same response, leading to addiction.”

When I went paleo and quit eating grains a few years ago so I could get back in shape I definitely went through some withdrawal symptoms.

Starches break down into sugars and even though I didn’t eat much straight-up sugar I was still an addict.

Sugar is hard to beat unless you go cold-turkey. Then you’ll have a week or so of cravings but you can beat those. If you have an addiction, though, you need to just say “no” practically forever or you’ll fall off the bus in no time. Eat sugar one day and you’ll want it the next.

Sugar is a killer as the obesity and diabetes stats attest. It’s worth beating.

Just count the grams and the quarter-cups will take care of themselves.

Maybe I’ll eventually work on that caffeine addiction too. Maybe.

On the Joy of Working Hard

Preach on, David the Good. Quitting sugar changed my life, lost 70lbs and feel much better. Coffee on the other hand……. Yeah, not gonna give up coffee.

I believe it. I’ve quit sugar multiple times now. Trying to kick it for good, but it’s seriously one of the hardest things I’ve ever done– and this with a whole family of T2 diabetics. I know EXACTLY what misery I have to look forward to in my old age, if I don’t get it nailed down. I’ve got to the point where I wouldn’t even consider drinking a soda– that would make me ill. But people who put out bowls of little candies might as well be drug pushers.

Last I heard, coffee is good for you. The more, the better. It helps fight cancer, or the caffeine does.

I have heard the same – I’ll probably quit when I’m dead.