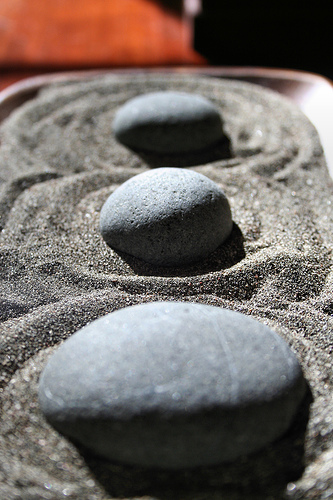 There’s an endless search on for the easiest way to garden. The fool-proof method. The no-work approach. The incredibly productive
strategy.

Here’s a sample of ideas you may have encountered:

Now I’m not going to condemn all these methods. Many of them are
quite clever and may be perfect for your area, particularly in your in a
marginal food-growing area.

My main problem with most of them is that in a grid-down situation,
or in a post Peak Oil scenario, or even during a time of runaway
inflation or a shipping strike or some sort, you may get stuck.

The ideal survival garden is dead simple, and a lot of these methods
purport to be easy short-cuts to growing your own food. The concern is,
however, that the methods are too complex or driven by outside inputs to work well in a crisis.

Before I go further, let me say this: if you’re growing your own
food, however you’re doing it, you’re better off than the many people
who aren’t growing anything at all. If it takes an irrigation system
divided into carefully timed sectors and automatic sprinklers to keep
you producing edibles, that’s a lot better than doing nothing.

That caveat aside, I have some worries.

Let’s pretend you’re on city water and electricity. Let’s further
pretend that you’ve set up the coolest danged
tilapia-raising/cabbage-growing/self-filtering aquaponics system this
side of Star Trek. What do you do if the power goes off… or your access to easy water dries up?

This isn’t a hypothetical question. I have a friend who raises
tilapia and salads in a greenhouse. It’s cool as heck and totally worth
seeing. Yet on two separate occasions, he’s lost a bunch of his fish
because of minor flaws that weren’t caught until it was too late. At one
point his aeration valve locked up while his pump continued to empty
water from the system. Overnight, a tank drained and by the time he saw it the next morning, he had a bunch of dead fish.

This is sad but not life-threatening right now. But if those fish were needed to feed the family because there were no other options left, he would have been in big trouble. Sometimes one little problem can really mess up a complicated system.

Part of the reason our nation is in such trouble is because the
American banking system – and the international banking system – kept
bundling, repackaging, leveraging and building vast castles of wealth on
top of a shaky and increasingly incomprehensible system of debt-backed
paper money. In gardening terms, they moved far away from the
simplicities of dirt, sunlight, digging and seeding… and the resulting
crash created an ongoing Depression with no end in sight.

My advice to new gardeners and those who hope to feed themselves
through future cataclysms is the same thing I learned when I was a
journalist: KISS. That’s short for Keep It Simple, Stupid!

You may be facing tough conditions on your property. Perhaps the soil
is too alkaline… or comprised of hard clay… or, heaven forbid, you’re
in the city and have a shady lot thanks to your neighbor’s trees.

The temptation is to look for an easier way… but sometimes, you can’t
have ease and security at the same time.

If a squirrel chews through your irrigation hoses, will you be able to replace them? If a hurricane knocks down your greenhouse, can you still grow? If the power goes off, will your well work? If not, learn to trap water on your property.

Some of the methods above are pretty simple. The difficulties arise in doing them on a large enough scale to feed yourself…

(Click here and keep reading over at The Prepper Project)

Intercropping
Planting a coconut
Gardening Failure (And How to Beat It!)
Supercharging Garden Beds with Biochar and Compost
Craig thinks I can do better...