@The Prepper Project: Defeat Garden Pests With This Easy Trick 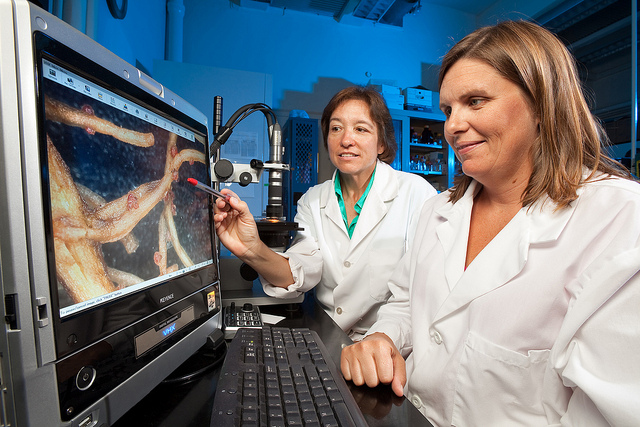 I pulled out the remains of summer’s snake beans from one of my garden beds and was amazed by the sight that met my eyes.

The roots were a horrid, knotty mass of distorted lumps.

In the spring the beans had done excellently so I planted a second
round in the same area. It grew rapidly but seemed to have a much harder
time producing a crop than the earlier set of plants.
In short, they were a fail.

Sometimes you can get away with planting an area multiple times in a
row with the same crop. I have a neighbor who plants a plot of crowder
peas every summer… and from what I can spy over the fence, it seems like
they’re in the same place. He seems to do fine; however, the plot
probably reverts to weeds and grass through the rest of the year.
That rest can make all the difference.

Many of the problems in modern farming, from the need for extra
pesticides to the use of genetically modified plants, relate to a lack
of rotation. When the same ground is used to grow the same crops over
and over again… pest problems start to build.

Granted, many farmers rotate between soybeans and corn or other
pairings… but they don’t have the luxury of putting space aside for long
term rotation plans like a home gardener can do with his plots.

Instead, after pulling the beans, my wife and I cleaned up the bed.
Then she sowed a good handful of mustard seeds across the surface of the
nematode-ridden earth.

Mustard, like many of its brassica cousins, can actually repel nematodes. They hate eating mustard.

If you really want to improve a bed and kick out garden pests before
they become a big issue, give your gardens even more time than a year or
so between similar crops. In a small space, this may not always be
possible, but in a system like mine where I have a lot of beds it’s
pretty easy to pull off.

If you can rotate not just types, but entire plant families, you’ll do well.

If you really wanted to go nuts with your plant rotation, you could
switch plant families for five years without many issues. Call it a
five-year mission to boldly plant what no man has planted before…

You know, when I was a kid I used to bike over to my Grandma’s house with my brother in the summer and watch Star Trek
on her Beta VCR.

We’d eat her amazing homemade macaroni and cheese (she
used Vermont aged cheddar) along with frozen slices of mango from her
tree out back. She had also air conditioning and we didn’t. It was
awesome.

Man… those were the days. No responsibilities, cool
grandparents, fast bikes, Kirk and Spock and green ladies, a good
brother to hang with…
Where the heck was I?

Being a grownup and writing a gardening article… yeah… that’s right.

Try this five-year plan on for size:

(CLICK HERE to keep reading over at The Prepper Project!)

Edible Mushroom: The Old Man of the Woods
Forest Man
Gardening in the Tropics: Pt. IV
@The Prepper Project: Finding Power In Fear; or How I Learned To Start Gardening And Love The Bomb
Tuesday Morning at 9AM I'll be live on WOCA
1 comment
PinterestWhatsappEmail

More news on “Create Your Own Florida Food Forest”

I have also heard that marigolds deter nematodes.