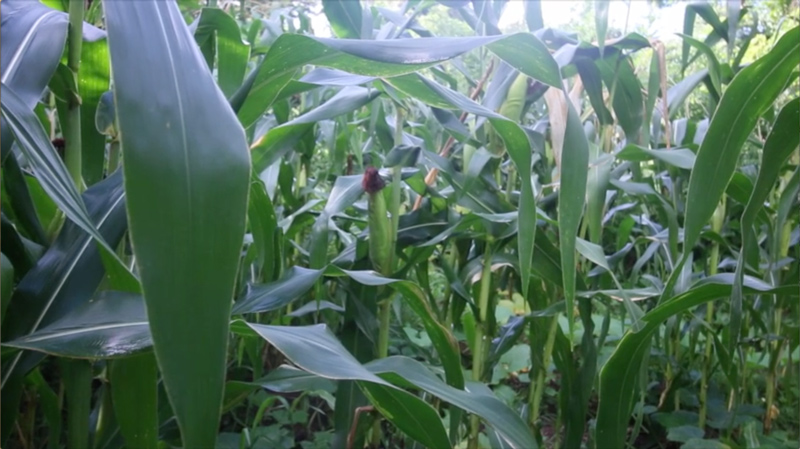 My three sisters garden has been less than impressive in its performance, yet it’s still bearing me a decent crop of corn right now as you can see in my latest video:

The big fail was the beans. Something devours beans here either in the ground or shortly after they come up. By the time I got some to germinate and grow, the corn had outpaced them and they languished in the shade.

The pumpkins are struggling along, some better than others. I have a feeling they’ll do better after I harvest and cut down the corn.

I don’t believe it’s the three sisters concept that’s failed here; rather, I think it’s a combination of lack of knowledge of the original design mixed with varieties which aren’t necessarily adapted to the method.

We’ll see how things turn out in another couple of months. I do think I would have been better off planting all three sisters in their own plots rather than interplanting.