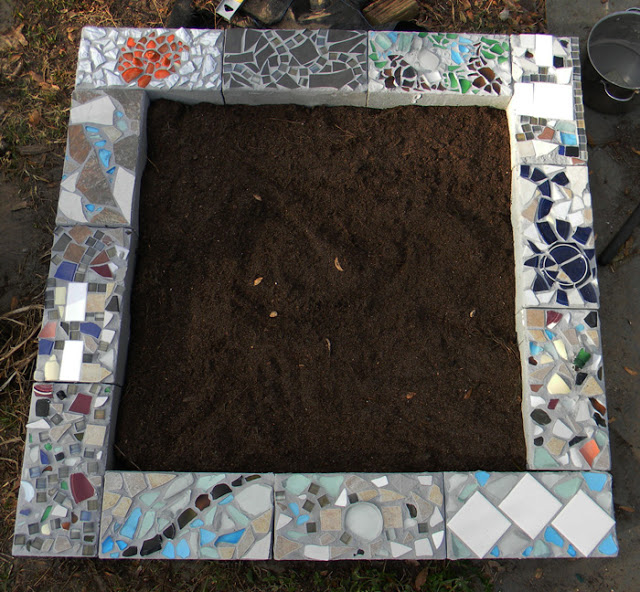 January is a time of rest and reflection for most Florida gardeners in the northern half of the state. Before too long, we’ll be planting out seedlings and biting our nails over late frosts… but right now, we’re in the coldest month of the year and there really isn’t a lot to worry about. That said – the excitement of new challenges is building as each new seed catalog arrives in the mail.
January is a good time to build a garden bed like this one: CLICK HERE to see how we did it!
I admit it – I’ve got “seed fever” right now and there doesn’t seem to be a cure. I’ve already bought a quantity of grain corn seed to try, some bizarre cucumbers, dwarf papaya seeds, heirloom tomatoes, a cigar
tobacco variety and all kinds of other exotic stuff.
If you’re itching to try something new and you don’t have space, now is the time to make some. Digging new beds, putting in landscape logs, mulching and making compost are all good activities as we count down to the new planting season.
Setting goals is another good idea. Did you grow enough tomatoes last year? Do you wish you’d taken better care of your lawn? Have you
wanted to plant a peach tree but just haven’t done so? Make some resolutions and plans and then write them down.
For example, during 2012, I harvested over 330lbs of food from my gardens, despite having had a run-in with herbicide-contaminated manure that wiped out a lot of my spring beds. My goal for 2013 is to produce over 1000lbs of food. Manageable? Just barely! It gives me a solid target to hit – and if I decide to grow zucchini, I might just make it!
On the non-edible side of the fence, we’re ticking off the days until azalea season now. If your plants are looking leggy – don’t trim them. Leave those poor things alone until after they flower or you won’t get
blooms. You can, however, mulch and weed around them so they look their best for their grand appearance next month. This is the month to think about “hardscape,” that is, the landscape elements of your property that aren’t living. Fixing ponds, mending fences, laying pavers – all these tasks are very nice in our wonderful January weather. If you put it off too long, it’ll get hot… and the jobs are unlikely to get done at all. (Trust me – I’ve been there and done that!)
Get outside – get working – and have a wonderful 2013.