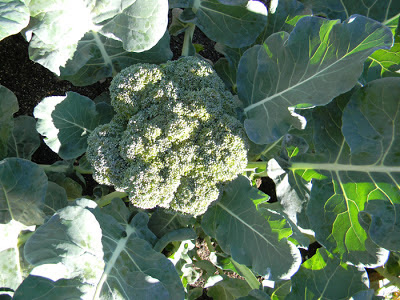 I get asked now and again when my next book is coming out. I love writing and have multiple books planned; however, not all of them are non-fiction gardening books.

The project I’ve been completing this week is sort of a gardening book – though it’s not non-fiction.

An artist friend of mine challenged me to write this book. He even came up with the title. The idea was so funny, I actually did it – and the book itself is hilarious.

“I’m just afraid of them catching on fire, Franklin! I don’t think you are seeing the risk here. Fur is highly flammable and there are literally dozens of places where electric current is buried in my walls!”

Jack tiptoed past, holding his breath. He was almost to the door when Angie held up a finger. He winced. I could ignore and run…

“Well I don’t care what the chances are, there is still a chance. You’re an electrician and you helped build the place. I want you to figure out a solution. Pay you? Ha! There is a house full of innocent creatures in danger and you talk about money? What is wrong with you? Hello? Hello?”

Angie slammed down the receiver.

“MEN!” she huffed, then looked at Jack with narrow eyes.

“Jack, someone called the office today asking about our soil testing methods. Hardin is out and Bill is on his cruise. That leaves you to explain what we do. Guy sounded important. I said we’d call him back.”

“No. Raman says he’s too busy cataloging a big set of samples from some huge agribiz in Iowa. It’s you.”

Jack nodded, then started for the door. No mention of cats. This was better than expected.

He put his hand on the handle. Just as he did, Angie cleared her throat, obviously seeking his attention.

“Cats can get into outlets, you know. Some of them have prehensile tails. Mr. Wiggles does. He licks his tail to a slick, wet point. You can’t tell me that he isn’t at risk of a high voltage incident.”

“Well, it’s not that high of a voltage inside, really. Your standard outlet is just 110. And it’s AC.”

She had to stop talking about “standing here,” as Jack no longer was. He had slipped out.

Off the hook, he thought, then started grinding.

“Jack, here’s the number.” It was Angie. He wrote down the digits, then hung up before she could bring up flaming cats again.

The voice cut him off. “Thank you, I appreciate hearing your sins first hand. I would say that you are scum, but that would be an insult to the incredible microbial community which makes up what humans call ‘scum.’”

“These tests you perform destroy life. Drying, grinding, heating – murder. Know this,” the voice continued, “the days of your domination will come to an end. Before proceeding further, we wished to know and record your lips condemning yourself, as it is only fair to let the accused present their case before execution.”

“The ultimate test is upon us. It is the test of our fitness as a species. And you have failed.”

Enjoy the weekend, folks. I’ll let you know when Jack Broccoli is published.

A Crazy Tropical Vegetable Cookbook: Share Your Ideas!
Reasons to Grow Your Own Food: "Natural" Means Nothing
Can you eat wood beetle larva?
Back on Track with Create Your Own Florida Food Forest (2nd Edition)
NEW BOOK RELEASE: Easy Composting for Organic Gardeners by Steve Solomon
0 comment
PinterestWhatsappEmail

The Survival Gardener Book of the Week #10: Fruits of Warm Climates

The Survival Gardener Book of the Week #7:...

The Survival Gardener Book of the Week #8:...