Home Composting Urine is a Great Fertilizer… EXCEPT FOR DRUGS!!!
CompostingFertilizing 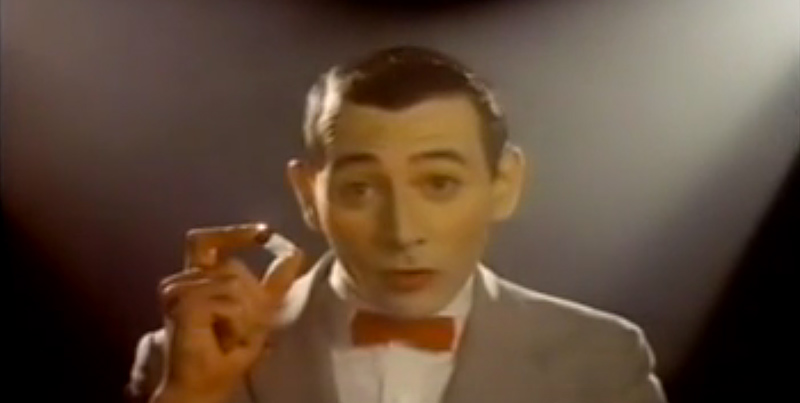 Seriously, is EVERYONE on drugs these days?

I mean, I’ve been known to drink coffee all day and sometimes chain-smoke my pipe while writing, then have a cocktail before bed… but pharmaceuticals? Not for me! CLEAN LIVING, man!

For years I’ve advocated the use of urine as a fertilizer. It’s truly an excellent plant booster and a free source of garden fertility. I believe God designed it that way on purpose.

Go ahead, water your plants!

Yet the question always comes up – “what if a person is on drugs?”

As Sheila wrote earlier this week:

“Something to remember for your viewers. If they are on any
medications they may want to forgo the pee until they are off the
drugs. It all comes out through the kidneys.”

Yeah, well… PeeWee Herman had something to say about that:

Actually, on second thought, maybe most of the “drugs” questions aren’t really about crack.

Some pharmaceuticals aren’t a lot better, though.

Anyhow, let’s think this through.

Drugs in Urine – Bad for the Garden?

Well, that’s a tough one.

Your plants are likely to be unaffected by the drugs that pass through your urine. I don’t like the idea of adding pharmaceuticals to the garden, but in my completely unscientific opinion, I would say it’s pretty unlikely that beta blockers, for instance, are going to mess up your beets.

Or Oxycontin render your carrots too sleepy to make roots.

Or heroin cause your tomatoes to start playing grunge music, then die at age 27 in a filthy hotel room.

Oh, sorry – I guess heroin is no longer a “legit” pharmaceutical. That was a few years back. Anyhow, yeah… the drugs are targeted at human physiology, which is quite different from that of plants.

Yet it gets worse… drugs are polluting our water supply. One of the worst is “the pill:”

“After the active ingredient in most birth control pills has done its duty preventing pregnancy, it begins a second life as a pollutant that can harm wildlife in waterways.

Not only is ethinyl estradiol quite potent — creating “intersex” fish and amphibians — but it is very difficult to remove from wastewater, which carries it into natural waterways.

Since women around the planet take the pill, this is a global problem. The European Union is the first entity to seriously consider mandating the removal of ethinyl estradiol, also known as EE2, from wastewater. However, as researchers pointed out in Thursday’s (May 24) issue of the journal Nature, the question of whether to remove the pollutant is not simple.”

Personally, I think banning the pill is a great idea, but that’s unlikely to happen any time soon.

The question of using urine as fertilizer when drugs are in play is a personal one. I think it’s blown out of proportion.

Are you using urine as fertilizer, then feeding the produce to other people? Well, that’s NASTY!

Seriously, though – if it’s your own garden and you’re already taking these medications for various reasons, I don’t think the little bit you might get back in your salad is a big deal. I wouldn’t want to take any pharmaceuticals if at all possible and wouldn’t want to eat produce contaminated with them, but if I were already on, say, proprotein convertase subtilisin kexin type 9 inhibitors, I wouldn’t worry about a tiny bit of it coming back to me via the garden.

You’ll find a lot more on the use of urine as fertilizer in my book Compost Everything.

How To Make Fish Fertilizer
David The Good’s Secrets to Growing Better Produce
Time to Prune Grapes (if you're in a mild climate in the Northern Hemisphere)
What Can Go In Compost? (The Rules are WRONG!)
Improving the Ground One Ground at a Time

Plants act as water filters and as far am I am aware don’t uptake drugs. If you were really that worried about drugs in your urine, you could follow a “harvest interval” like when farmers use pesticides and must allow residues to decrease to acceptable levels. A couple days, a week? Your milage may vary.

Lots of gardeners already use Milorganite so it’s not that far of a leap to use diluted urine or humanure (composted human feces and urine) as soil amendments. After all it’s what happens in nature. Most animals are constantly grazing and leaving behind their droppings to fertilize what they just ate. Tighten the nutrient cycle and as they say “buy local”, as opposed to using Milwaukee residents sewage bathed in diesel fuel to get it to you.

hormones (the pill, testosterone for weight lifters, growth hormone, estrogen therapy for menopause, hormone shots for whatever reason, etc) are ‘drugs’ that i would not suggest putting in your soil or garden via urine or feces. as you suggested in your article, it is taken up by other animals, producing unwanted affects and disrupting natural ecosystems; i will add that it is also taken up by plants and microbes. the thing about hormones is that they are universal–one of the substances that affects all life, and most even absorb *easily* through skin, cell walls, etc…and they are oil soluble, so not easy to get rid of…
JG, VMD

would anyone have thoughts about daily heart medicine — statins, aspirin, blood thinner — and how they’d fare in a garden?

I generally dilute 10-1 and spread it only on non-food producing plants, which are generally spacially separate from the stuff I grow for family consumption. I’m curious about whether, and how quickly, this stuff may biodegrade, if at all. I haven’t seen any science about this question.

I realize i was slightly unclear. I dilute my urine, which contains these drugs, 10-1.

Ok so doesn’t a plant KNOW the difference in which nutrients it is up taking??
I don’t know ‍♂️,,,but as I read this post that’s where my thoughts went to ,,,
So if you do take over the counter or prescribed medication,, isn’t it released in your pee,,
Then you dilute your pee ,,,thus breaking it down even farther ,,,a plant knows what it needs to survive and will only uptake those nutrients it’s needing leaving behind unwanted nutrients/medications left overs residues ????