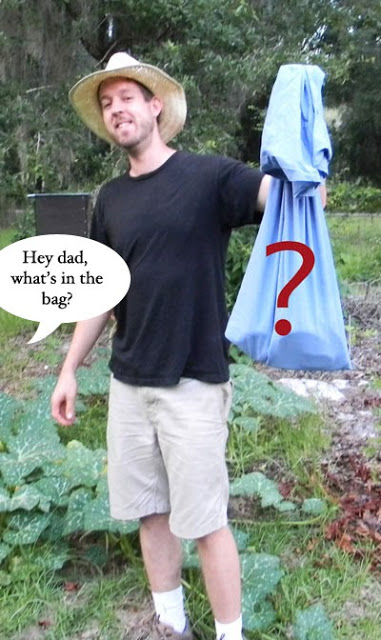 That’s a yellow rat snake slithering out of the pillowcase in the third frame. It’s blurry because Rachel started backing up really quickly as she took that shot.
This poor guy was about to be shot when I rescued it from a relative’s yard. He’d been hanging around the chicken coop and was no longer wanted. Since I’m a bit of a softie, and because I like lots of predators in my yard, I intervened and brought him home to my place. This particular guy was about 6′ long.
And yeah, I’ve found snakes in my own hen house before. I don’t really care if they eat an egg here and there, since I know they’re also going after squirrels, mice, rats and other varmints. Snakes our our friends.
Well, at least most of them are… The Indigo Bunting – another mystery bird