Home Books The Wild Side of Amazon
Books 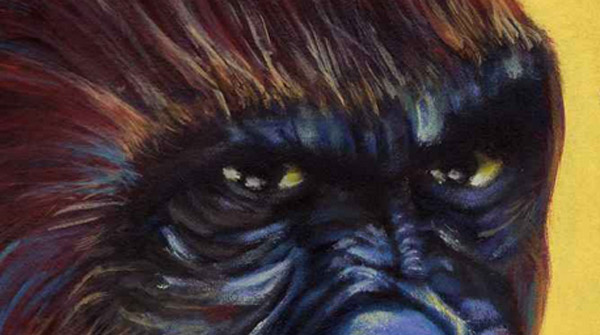 I spent some time this afternoon browsing for interesting books and checking out cover art on Amazon. I write fiction regularly, so it’s good to know what’s out there.

And some of what’s out there is better than you ever thought possible.

Here are a few amazing titles I discovered today, starting with HORROR ISLAND by Ben Hammott: If the cover doesn’t get you, just wait until you read the description:

“Cocooned in rock, the alien organism was propelled into space when the dying planet exploded.
Dormant for many millennia as it travelled through the cosmos, it headed towards a blue planet.
A fiery spectacle announced its arrival when it entered Earth’s atmosphere and crashed to the surface.
Trapped on an island it couldn’t escape from, it grew, evolved, hunted and spawned.
Time passed. Human’s arrived…”

Human’s are gonna love this one. And extra points for the art – the spider woman is awesome.

But still… is she as awesome as this SEA SCORPION? Look out for THE BREACH by Edward J. McFadden III.

“A Category 4 hurricane punched a quarter mile hole in Fire Island, exposing the Great South Bay to the ferocity of the Atlantic Ocean, and the current pulled something terrible through the new breach. A monstrosity of the past mixed with the present has been disturbed and it’s found its way into the sheltered waters of Long Island’s southern sea.

Nate Tanner lives in Stones Throw, Long Island. A disgraced SCPD detective lieutenant put out to pasture in the marine division because of his Navy background and experience with aquatic crime scenes, Tanner is assigned to hunt the creeper in the bay. But he and his team soon discover they’re the ones being hunted.”

The guy on the deck is going to need a higher caliber.

And since we’re on the trail of creepy critters, here’s a third book to complete a trilogy of terror: “Tasked with finding a US informant who has gone missing in the village of Hai Trang, Sergeant Reese and Corporal Hanson lead their squad off into the Vietnamese jungle, but it isn’t long before they get the sense that there’s something different about this mission. They find Viet Cong corpses along the path, strangely mummified or desiccated, and the village of Hai Trang itself turns out to be a ghost town. There, they find just one survivor – a young girl named Lai Anh – who tells them that everyone in the village has been destroyed by the ‘Vietnam Black’.”

The only thing that might be better is a 700-page book on philosophical time-traveling apes written entirely in iambic pentameter. THE APES OF EDEN (the complete saga) by Jon P. Gunn is a 700-page book on time-traveling apes written in iambic pentameter.

“In the year 19067, a tribe of killer apes leaves Eden on a Post-Apocalyptic Search for God. They face evil creatures from Hell and Heaven alike.  The story is told in the words of Literate Louie, the Scribe of the Tribe.“

Though the description on Amazon is rife with errors, I read part of the book itself and it looks to be well-written. The author apparently wrote the book over many years and then died without publishing the work.

Maybe I’ll write a book report – got plenty to read this weekend.

Speaking of writing fiction…what’s the latest on Turned Earth: A Jack Broccoli Novel?

– Jack Broccoli — J.B. — JAMES BOND!
– The Bond films — produced by…ALBERT BROCCOLI!
– The cats in the excerpt of Turned Earth parallel the cats in Goldfinger, From Russia With Love, Thunderball, You Only Live Twice, On Her Majesty’s Secret Service, Diamonds are Forever, The Spy Who Loved Me, Never Say Never Again.

I can see the sequels now:
– Dr. No-Till
– From Garden With Love
– Earthraker
– Yams Are Forever
– License To Till

…you get the picture.

Oh yeah! Jack got hung up with an editor – now I have it back and just need to okay the final version. Might be published as soon as within a week. I’ve already started on the sequel: GARDEN HEAT. And book three – THUNDERGLOVE – is also thought out in part.

Hah! You have very eclectic taste in books, I must say!