Home Insects The Worst Ant We Ever Met – Now in Alabama!
InsectsInvasive species

The Worst Ant We Ever Met – Now in Alabama! 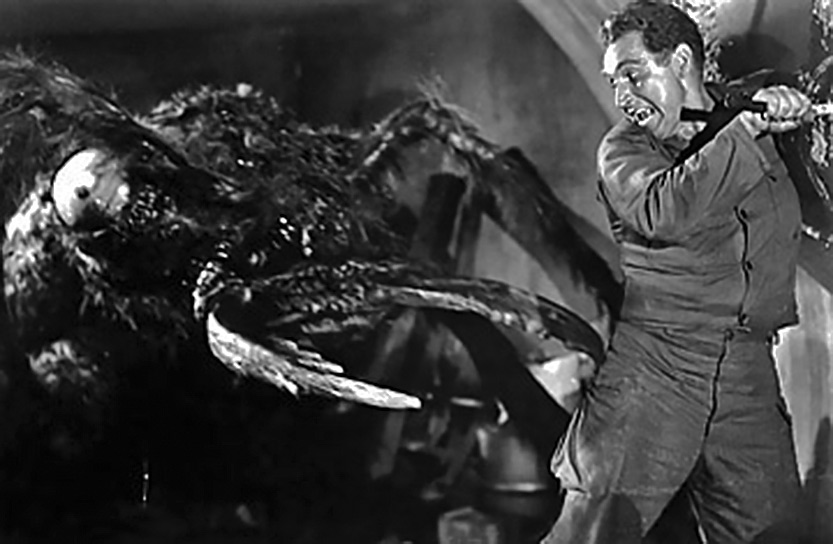 There is a large black ant that stings like a red-hot needle. And when I say sting, I mean sting!

People mix up “biting” and “stinging” all the time. I’ve heard people say they got “bit” by a wasp after being stung.

No, this ant definitely stings. It has a stinger and it stings like fire.

But it isn’t a fire ant.

The most stereotypical stinging ant in the South is the fire ant, a nasty import that is slowly spreading north into Yankee territory. When I moved to Tennessee back in ’03, it had just started showing up in the Nashville area. The rumor was they had come in thanks to bagged soil at Home Depot or something to that effect.

But this ant isn’t the fire ant. For one, it’s a lot bigger and looks different. And for two, it’s almost unknown inside of the states. Let’s throw in a “for three” as well, and add that the devilish things live in leaf litter and make it nigh impossible for compost enthusiasts to gather forest duff with their bare hands inside its range.

And like fire ants, it’s also an unwanted invader from southern climes.

We first met this ant down in the West Indies on the island of Grenada. Our local farmer friend Mike called it a “tuk tuk” ant. My guess is that the name came from the clicking sound the ants make when their nest is disturbed.

When I was out in my yard moving some junk out of a fallen shed a few days ago, I came across what looked like the exact same species, yet we were far from the tropics!

One of the children allowed himself to be stung as a test, stirring up a nest and sticking his hand into it.

My kids are hard core.

With a clenched jaw and tears in his eyes, he confirmed the species. They were the same stupid, evil, aggressive, nasty ants we thought we’d left far behind. (The next day I gave him a silver dime for his bravery – I admit, I was impressed. The kid is going places, provided he doesn’t try the same trick with a nest of gators.)

Odontomachus haematodus makes nests in rotting wood, leaf litter and mulch. Unlike fire ants, which have the decency to make large hills you can avoid, the colonies are hidden until you uncover them, often with your bare hands.

Throwing around mulch, gathering leaves for compost, picking up fallen limbs – these are activities fraught with peril for those living in O. haematodus territory.

The ants are about a half-inch long, slender and glossy black. Their movements are quick, robotic and angular. Their truly distinguishing feature is the remarkable jaws protruding menacingly from the front of their wicked little heads.

These jaws give them the terrifying name of

The jaws of this black, stinging, invasive ant are terrifying. Look at the massive mandibles on this thing! Once the trapjaw ant gets you with its jaws, the stinger is sure to follow – and they are not just able to sting, they are eager to sting. They’ll sting you for looking at them.

Worse, the sting is like a burning hot needle. A stab of fire tearing into your finger and up your arm. The pain fades away in a few minutes, but the memory will keep you wearing gloves while doing yard work.

The crazy thing is that we never saw this ant in Florida and didn’t encounter it until moving to the West Indies. There we learned about it quickly through painful experience, but when we left the island we really thought we’d never see them again.

Alas, we were wrong. Somehow we ended up moving to one of the only places in the states where this nasty thing lives.

According to Entomology Today:

“Trap-jaw ant species are active hunters with venomous stings and jaws powerful enough to fling themselves through the air. According to new research, they are also spreading into new territory in the southeastern United States.

‘The fact that some of these species are spreading is interesting, in part because these giant ants have managed to expand their territory without anyone noticing,’ said Magdalena Sorger, a PhD candidate at North Carolina State University and co-author of a new paper describing the ant species. ‘We know very little about these ants, including how they interact with native ant species in the areas they’re invading.’

One species called Odontomachus haematodus was unofficially recorded in Alabama back in 1956. But now researchers have officially confirmed that the species has spread across the Gulf Coast, at least as far east as Pensacola, Florida.”

If you come across a large, stinging black ant in South Alabama or North Florida, it’s almost certainly Odontomachus haematodus, the “tuk tuk ant” or “trapjaw ant.” When in Grenada I could never determine the species, but as soon as I came back to the states and discovered it here, I was able to do some google searching and figure it out thanks to our much better entomologists.

According to Mississsippi State University:

“Ants in this genus differ from other ponerine ants found in the United States by the unique head shape; peculiar mandibles, which are elongate and inserted near the center of the clypeus; the large tapering petiole; and the large size of the workers (see photos above) (for a more detailed diagnosis of the genus, see MacGown et al. 2014). Members of this genus are commonly called trap-jaw ants due to their elongate mandibles, which can be opened to 180°, then snapped rapidly together on prey. These ants are amazing in their ability to control and time the mandibular movement. When necessary, an ant can forcibly close the mandibles against a surface or other organism and actually propel itself away for up to several inches!”

The clicking of the jaws is the “tuk tuk” noise we hear when a nest is stirred up. You can see and hear their attacks distinctly in this video:

I am getting compost-gathering PTSD watching that video.

Also according to Mississippi State, the ant is now spreading through the Gulf Coast states:

“Odontomachus haemtodus (Linnaeus) (Ponerinae), the two-spined trapjaw ant, is a large, dark colored species native to South America that has recently become established along the US gulf coast from northern Florida to southern Louisiana. Based on large populations, apparent successful competition with native species that nest in the same habitat, and its painful sting, this species shows invasive potential in the US.”

Maybe if we’re lucky the trapjaw ants and murder hornets will meet in the middle of the US and fight each other.

That is, unless they are stopped by giant hogweed gaining sentience and waging war on all animal life.

If vicious, stinging, giant, tropical, black trapjaw ants can leave the equatorial region and terrorize gardeners in Alabama, almost anything is possible.

TERRIFYING
5 Ways to Kill all the Bugs in Your Garden
Why Are These Beans Sick? And is it Safe to Compost Sick Plants?
An Inspiring 23-year-old Food Forest
It's the Little Things - Photos from the Garden

You Alabamans can keep em.
I wonder if the drop a shovel full from one nest onto another so they kill each other off trick for fire ants will work on these too?

Great, just bloody great. They’ll be in Texas before long *sigh* What next, 2020?

Spray them with orange oil! Makes short work of any bugs and its not as toxic as ant/bug sprays. I swear by the stuff, and it works on roaches too

I think we have these in the Tampa area. We have quite a few nests of large black ants that are maybe a little smaller on average than carpenter ants, and they sting like wasps. I’d have to do a lot more research to make a positive ID, but they look like your picture.

I’m gonna have to watch for those. Don’t believe I have run into them. But they do look familiar from years back in the Amazon.

Did get stung by a bullet ant though (Paraponera clavata). They are bigger but blacktoo. That’s the one some tribes in the Amazon used (use?) for manhood rituals, jamming their hand into a glove of them and enduring the pain (and aftereffects). I was out fishing when one dropped onto me from a tree and felt like… well, can’t really describe how bad it was. Didn’t kill me, but at the time I wished it did. I sure hope those never move up here. Suspect they could.

Your kids are definitely hardcore. We need more like them.

Haven’t seen them here in our part of the panhandle yet, but had a nest of fire ants move into our car after some heavy rain flooded the yard over the weekend…

Yep. Got them here in Minneola. Didn’t know what they were till now. Been bit by them more than any other ant. 2 nests are gonna get a boiling water bath this weekend. Thank you. Now I know what to call them little buggers!

And now I know what these are. I’ve noticed them here in Grand Bay, AL the last several years, always under trees with a lot of fallen leaves. They definitely seem to like dark places where rotten wood and leaf mulch can be found. Never been stung by them, guess I’ve been lucky. They seem to like sago palms, which is where I first noticed them. And yes, they love my compost pile.

You had to bring them to Alabama. Just kidding. Welcome to Alabama by the way. Never thought I would share the state and zone with you.

Thank you. Glad to be here.

I had them in yards in Santa Rosa County and Escambia County Florida. Have moved to Fairhope, AL and have them here, also. As long as I don’t disturb their nest, we get along just fine. You video is terrific.

This is the type of ant and nest I discovered as a child playing in the woods around 1995. I thought they were carpenters any with messed up mandibles. I pined one with a stick and observe that huge stinger. Of course i left them alone when I see they had the ability to sting. Location northern Pickens County, Alabama 1995.

I have these horrible ants here in Tallapoosa County,AL. I have been to the emergency room twice because of their sting. The sting is quite painful and will hurt for 48 hours and itch for days. How do I deal with these things?

I know of no way to beat them. We wear gloves when handling leaves, compost and mulch. Usually the stings only hurt for a couple of minutes – it sounds like you have an allergy to them. I am sorry!

Do you know of any particular poison that will work on them?

What type of poison will take these guys out? I’m afraid that I do have an allergy to them.