6 Ways to Grow Food Year Round in Any Climate 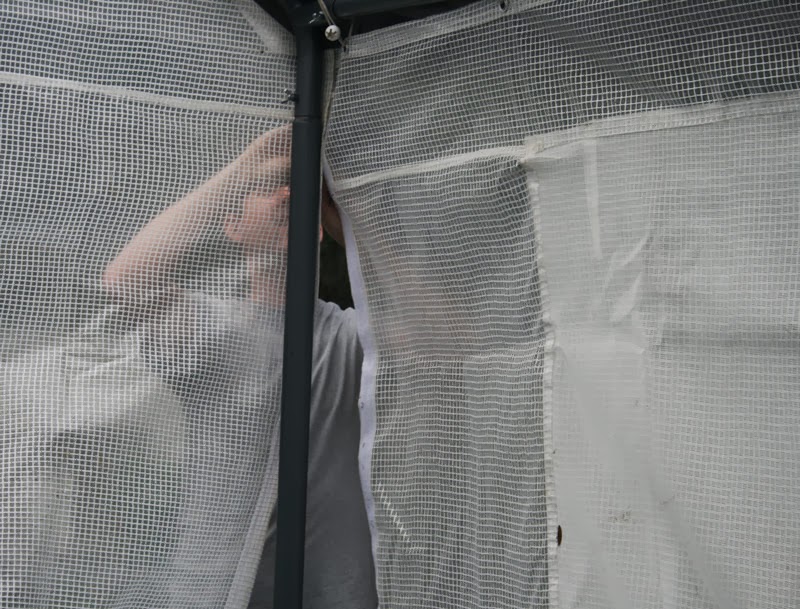 Spotted over at Mother Earth News:

Ultimately, no matter how many times we go over it, it seems that the greatest ecological difference we can make in pushing towards a more sustainable future is to bring our food sources back home. Whether that’s with a community garden or a backyard food forest depends on your location, but for the most part, we can all agree that the key to fighting resource consumption, topsoil erosion, and rampant pesticide use is by taking back control of our food sources.

Sounds empowering, doesn’t it? It’s not a popular thing to say in these circles, but I’m a capitalist, and so for that reason, I believe if you really want to make a change in the world, you need to hit unsustainable businesses where it hurts — right in their wallets.

There’s no way we can ever hope to break away from industrialized food production though if we don’t start taking into account that not everyone lives in the most accommodating climate for growing food.

So how do we solve this problem? How do we make it so even people in hardiness Zones 5 and below can realistically (without tons of electrical input or expense) grow enough food to sustain themselves year round?

Solutions abound — it’s more than possible, no matter where you are, to take control of your food again, and bring your supermarket home. Here are some simply brilliant solutions to challenging climates, so that everyone, everywhere, can start producing their own food.

If you live in a particularly cold climate like I do, it’s time to get really familiar with this term: passive solar energy. This is the concept of capturing the heat of the sun in a way that makes internal climate control unnecessary in many scenarios.

With greenhouses, this concept is a game-changer. An earth-bermed greenhouse is either built into a south-facing slope, or is built free-standing, with earth piled up on the north side of the structure (much like Paul Wheaton’s wofatis).

This is a slow-working method of maintaining stable greenhouse temperatures, but one that is incredibly effective once you get the ball rolling. Paul Wheaton also talks about the theory of annualized thermal inertia — one that has yet to be tested, but is presumed to effectively make the earth a heat storage device on the scale of a full calendar year, rather than just days and nights.

Building an earth bermed greenhouse (walipinis as they’re sometimes referred to) is fairly straightforward, but I always err on the side of caution when it comes to shoring up earthen walls.

Go read the article – excellent ideas in it. It ties in very well with my book Push the Zone.

And Destiny is right to be a capitalist. It’s the best system out there.

3 Reasons Why Gardening in the Tropics ROCKS

Growing Bananas and Other Tropical Delights Beyond the...

I just finished “Push the Zone” and have been cheerfully pushing it to my gardening friends.

We have a defunct swimming pool on our property, and arguments are ongoing on whether to turn the whole thing into an aquaponics setup or go with a 70/30 combination of sunken greenhouse and tilapia pond. I am arguing for a greenhouse because of mangos. 🙂