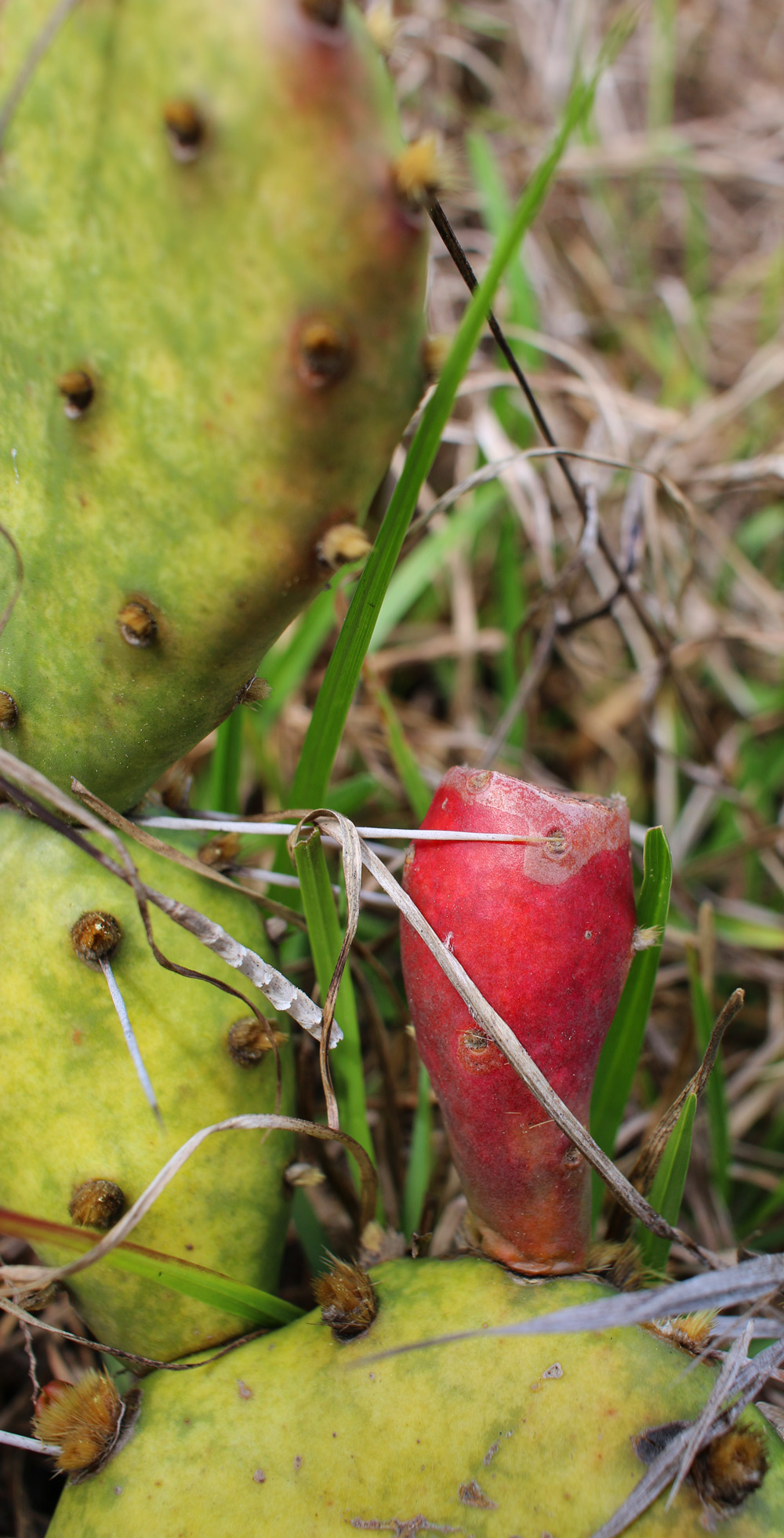 I took the buyer of my food forest on a tour around some of my favorite wild places in the neighborhood this last week… and I just had to stop in to my favorite little patch of scrubland and take some photos.

Where some might see a sandy desolation of horse nettles, prickly pears and poison oak… I see beautiful wildflowers, acid-loving wild blueberries, delicate native pawpaws and a unique habitat for gopher tortoises and other species uniquely suited to the nutrient-poor sand and hot sun of scrubland.

I brought a little close-up lens for my new Canon and decided to capture some of the beauty I saw, both edible and inedible.

This earth star, for instance: That’s a fungi, believe it or not. Doesn’t it look like it was handcarved by a long-lost tribe of artisans?

It was just under 2″ across from tip to tip. Earthstars are very similar to puffballs in that they discharge their spores from a single orifice on the top of the fruiting body. A similar structure repeats here in this oak gall I found: That cozy abode likely housed a tiny gall wasp larva, which lived and grew as the oak grew around it. I’m amazed at how the tiny lichens are growing across its surface and how beautifully the shape flows. Architects take note!

Another beautiful sight we encountered was a large population of Florida greeneyes: And, of course, native shiny blueberries in bloom: The native pawpaws that originally drew me to this lot haven’t awoken yet but I’m sure they will soon. The prickly pears are certainly bearing some lovely fruit right now, tiny as they are: I love seeing the many habitats and species you can find even in just a short drive.

The Creator was infinitely creative when He formed this earth… I often feel like I’m tiptoeing through a great artist’s studio.

Helping Life Arrive in Your Garden

How beautiful!! I had no idea of this wonderful wildlife!

Does this mean that you have closed on your sale?If so where are you headed?How far south?A year or so ago you sent me some velvet bean seeds and tex-cuban corn seeds.I have the bean seeds if you need some.They performed well on my small farm for weed control/mulch. Byron in Indian river county,where the tropics begin according to our Chamber of commerce

Yep – we’ve closed on our sale. Going to Ft. Lauderdale in a couple of weeks.

I don’t need any seeds as of yet but greatly appreciate the offer. Indian River County sounds like a great place to live.

well maybe a lychee tree?I will be putting on airlayers after fruiting.A start to a new food forest.Congrats and good luck Byron