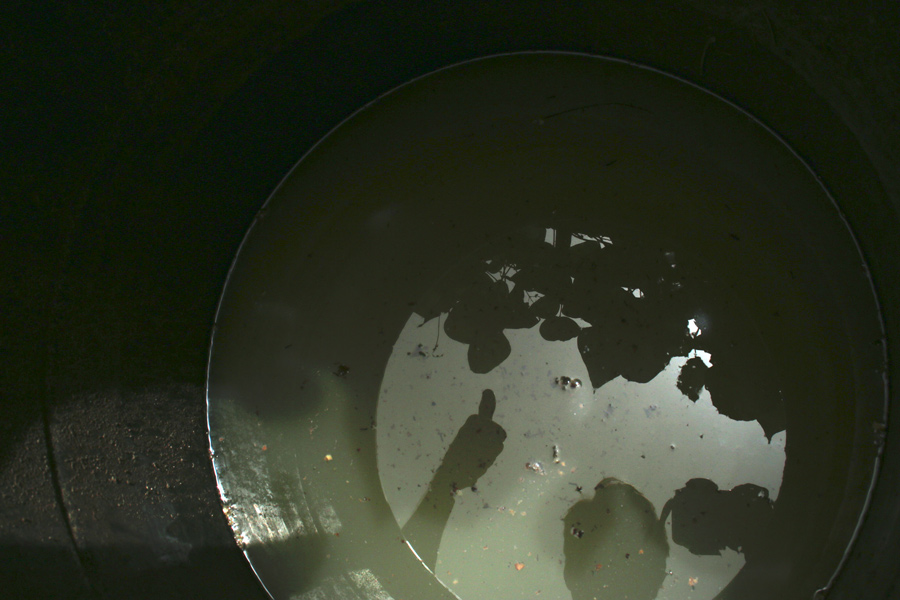 One of the best things about being a garden writer with some notoriety is that when I write something it becomes subject to scrutiny. I get folks that say “no, that’s not right” and I also get people writing and saying “hey, that’s a great idea… but here’s some more on that topic you need to see!”

When I posted my favorite fertilizing method on Facebook last week, that’s exactly what happened.

Here’s the video in case you missed it:

My friend Mart then sent me this video:

Okay, my mind is blown.

I decided I needed to try it; however, two of the ingredients are hard for me to get: potatoes and sea water.

So I substituted both of those with cooked breadfruit and urine. Seems reasonable, right? After hitting 5,000 YouTube subscribers last week, I decided it was time to “up” my video production game and launch a new gardening series.

So, of course… in the first episode I decided to document my bacteria soup:

The concept is simple enough. You take bacteria and fungi from the soil, then breed them up to massive levels, then pour them back into the soil around your plants. These microorganisms then get to work in the soil and free up massive amounts of nutrition.

We shall see. The tests are under way.

I just attended a lecture from a local extension agent on the health of the soil specifically how mycelium and microbes are what feed the plants moreso than fertilizers. She recommended several books for additional reading, one she said she is still working through that is it is called “Mycelium Running.” It gives instructions on breeding mycellium specifically for the crop you are growing as an inoculant and a way of getting the specific mycelium the crop needs jump started. I just downloaded it and I’m reading through it myself and can’t wait to try some things out.

Sounds like a great lecture. Mycelium Running is a good book. Another one definitely worth reading is Teaming with Microbes: http://amzn.to/2977FZf

Dear DTG,
Thank you for your fun and helpful/encouraging (as in ” get out there and plant something”) videos. I purchased your COMPOST EVERYTHING and GROCERY ROW GARDENING.
My question is, you have talked about using urine in compost bins and buckets but you have also mentioned using it as a foliar feed. Soooo, how much do you dilute this with water? Really appreciate a HOW TO here.
Sincerely,
Christa Gates