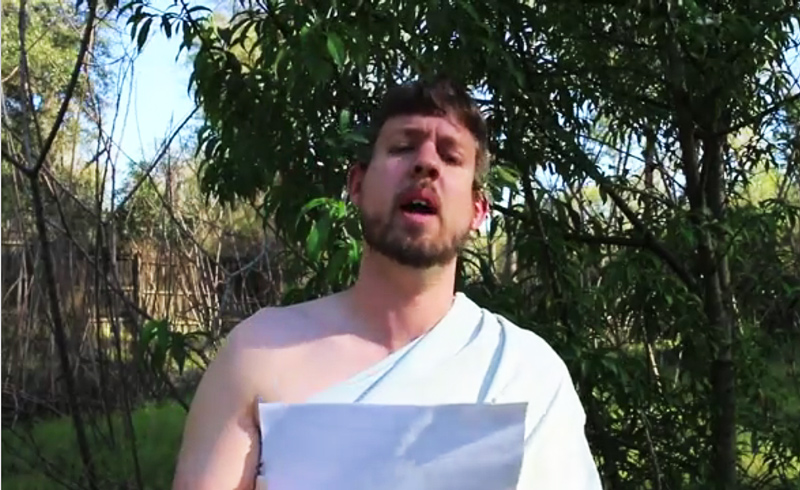 Today is the Ides of March and Caesar was kind enough to take a few moments out of his busy schedule to respond to a recent criticism of my book Grow or Die: The Good Guide to Survival Gardening.

The review has some substance in that I cover some similar ground in Totally Crazy Easy Florida Gardening, particularly on methods and crops. I felt like I needed to repeat a decent amount due to the fact that Grow or Die was created a guide for people – particularly non-gardeners – who were preparing for or even facing the worst. The difference is that both books are honed in on separate audiences with different focuses. The goal was to have each book stand alone; one for Florida gardeners, one for survival gardeners. There’s definitely some overlap but there are a lot of differences as well as well as a good bit of different information.

I appreciate that the reviewer still gave me three stars, and that he likes my writing in general.

Actually, I was perfectly willing to step back and let the criticism pass me by… but the most honorable Caesar had different plans.

By the way, this is the first film created on my new Canon 70D camera. I had to do a little tweaking to get pro filming set up, but the camera is now working amazingly. I added a short STM lens since the autofocus on the standard EF-S lenses made an intolerable amount of noise, plus I added a small shotgun mic to the shoe for a much better audio capture. I’ll have to write on my entire setup in a future post.

Camping With Jack – An Excerpt from GARDEN...